Skip to content
Home Features When Will Aldi Come to My Area?

When Will Aldi Come to My Area? 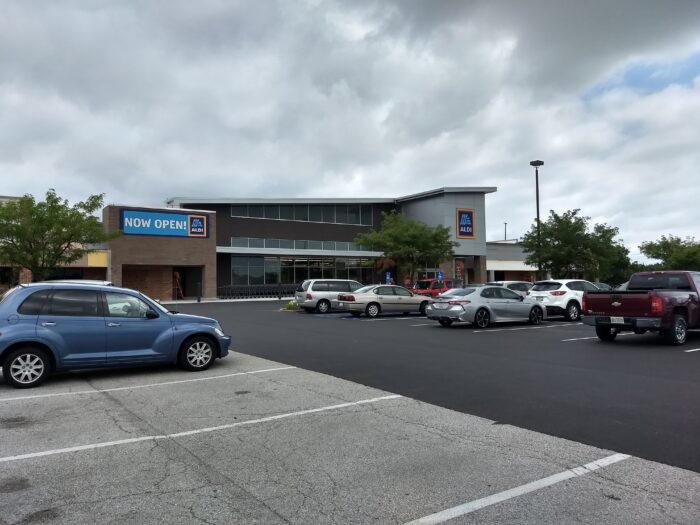 From time to time, we’ll get comments or emails from people asking when Aldi is going to come to their area. In many cases, it’s clear the people think we’re Aldi (we’re not), but it highlights a common problem for would-be Aldi shoppers. People want to know if Aldi is going to send a store their way.

I understand. We’ve come to rely on Aldi even when we travel because we often stay at places where we can do some of our own cooking, so if an Aldi store isn’t nearby it definitely changes things for us.

Unfortunately, I can’t tell you specifically when Aldi is coming to your area. Aldi does keep a running list of Grand Openings, but if your area isn’t there or if you haven’t seen anything in the local news, it’s probably not happening any time soon. What I can do, though, is give you some insight as to how Aldi figures out where to put its stores. That might help you figure out what your chances are.

A person with inside knowledge of Aldi’s operations once told me the Aldi supply chain is one of the biggest factors in where Aldi builds a store. What does this mean?

In simple terms, it means that Aldi builds stores near other stores. Why? Because it makes it a lot easier to get products to those stores. If you have ten stores in Chicago, for example, getting products from a distribution center in Chicago can be done cheaply and efficiently. If you only have one store in Helena, Montana, and your nearest other store is hundreds of miles away, getting products to that one store is going to be hard. (Aldi, by the way, does not currently have any stores in Montana.) 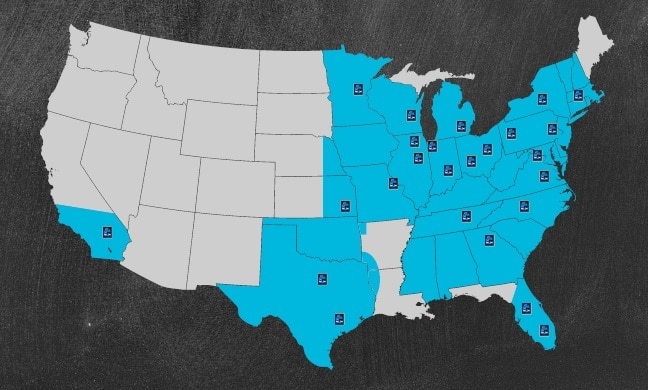 Aldi has strict standards about its selection process when it comes to where to build. That’s always been true, but it seems especially true now that the store is seen as a popular place to shop. Aldi wants its store locations to have certain qualities, such as specific dimensions for the building and the parking lot, a nearby stop light or stop sign when possible, and close proximity to a large population. 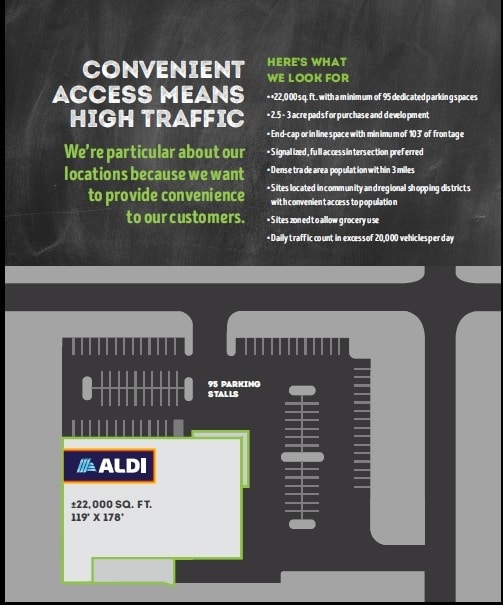 Factor 3: Things We Don’t Know About

At the end of the day, Aldi is like most other businesses — it exists to make a profit. What sets it apart from other businesses, though, is how smart it is about where it puts its stores.

A lot of that process isn’t known to the public. It’s such a secret, in fact, that at one point Aldi sued competitor Lidl for allegedly trying to steal its real estate formula. I would guess there are countless hours of planning and analysis that go into each and every new store location, but the exact how and why of that planning is something we don’t know.

If you looked closely at the map above, for example, you might notice that there are few Aldi stores in Arkansas and Louisiana despite there being stores all around them. Why is that? Why are those two states barren Aldi wastelands?

I could certainly guess at one reason: Walmart is headquartered in Arkansas and has a major presence there. But there may be other reasons I don’t know about. Regardless, Aldi isn’t in the central part of Arkansas, and it has only recently started moving into the state (including Walmart’s backyard.)

Another example: sometimes Aldi plants new stores seemingly in areas where it already has a lot of stores. No one really knows why, although I assume Aldi did enough research to conclude there was more money to be made.

Regardless of the reasons, the fact is that Aldi is a deliberate company that keeps its growth strategy a closely guarded secret.

Aldi has a number of reasons that drive where it puts stores. Its supply chain is a factor. So is a location that makes sense in terms of size, accessibility, and a potential customer base. But there is also a secret sauce to what Aldi does that is so sharp other companies have (allegedly) tried to get their hands on it.

If you wish you had an Aldi nearby, those are the factors that seem to matter when it comes to potential Aldi stores in your area. To that I say: may the odds be ever in your favor.