While peanuts are my favorite nut, I have a soft spot for cashews. They’re crunchy, tasty, and work for me either as a small side to my lunch or as a splendid little snack. They also appear to have some health benefits.

The downside to cashews is that, because of market prices, they’re almost always a lot more expensive than peanuts. At the time of this post, for example, cashews run anywhere from 3 1/2 to 4 times as expensive per ounce as peanuts. The cost makes cashews more of a sometimes food compared to peanuts.

Aldi sells a couple of varieties of cashews. You can buy one of the big plastic containers. Or you can get this little can. 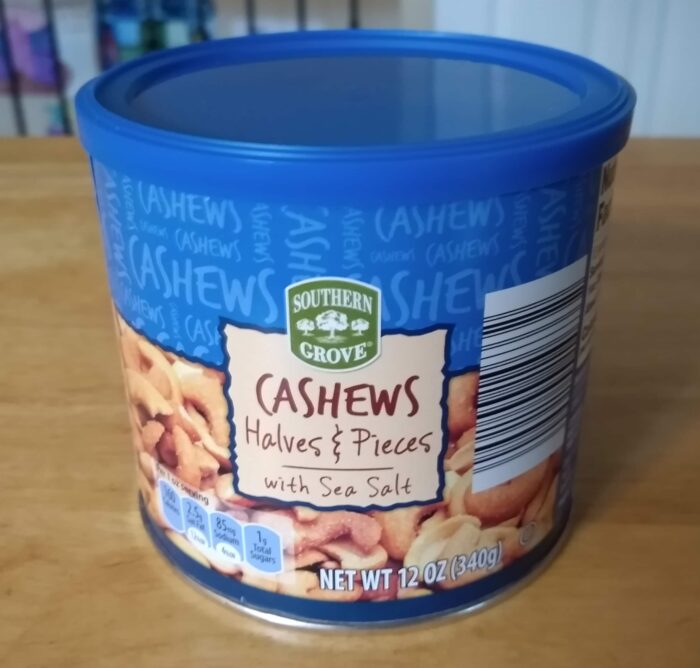 Southern Grove Cashews Halves and Pieces are an Aldi Regular Buy — in other words, you can find them in stores every day. At the time of this post, these come in a 12-ounce canister and cost $4.69, or about 39 cents an ounce. That’s a lot more than Aldi peanuts, which currently run a little less than 12 cents an ounce.

On the other hand, these also cost less than the big Aldi plastic cashew containers, which are 43 cents an ounce. Why? Because the big containers are whole cashews, while this contains halves and pieces. It’s up to you what you prefer, but if you’re looking to save a little, this is probably the most economical cashew Aldi carries.

Also of note: these are a lot less than the cashews at our local Walmart, which sells Great Value Cashew Halves and Pieces for 51 cents an ounce.

According to the can we purchased, they’re a product of Vietnam, Brazil, India, and Indonesia. The packaging indicates that the lid is recyclable, while the canister, which is multi-layered, is not.

Are these good? You bet. They taste exactly like I’d hope cashews to taste. Crisp, salty, flavorful, all of it. They’re well made, as well made as any other cashew I’ve had, brand name or not. Yes, some of them are pieces, but that’s what the packaging tells you. 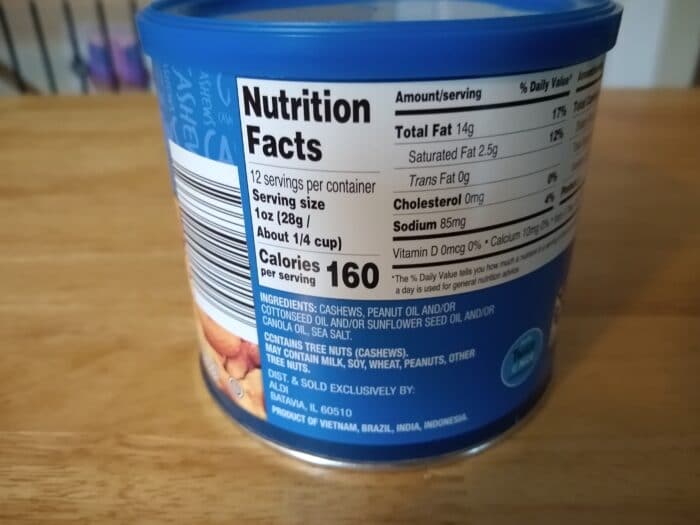 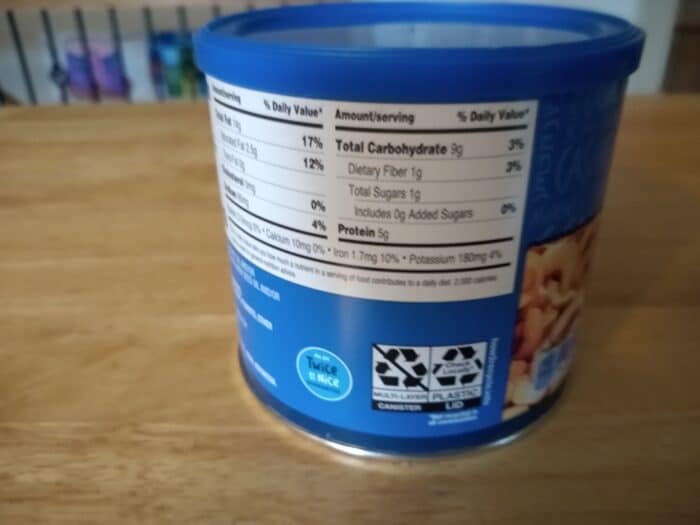 Cashews are never cheap, but if you want cashews that are about as reasonably cheap as you could ask for, Southern Grove halves and pieces are a nice bargain. They taste good and can be had at a (relatively) inexpensive price per ounce without having to buy a bulk amount.