Depending on where you live, you may have a regional bottled soda (or pop, or cola, or whatever you prefer to call it). In Kentucky, for example, you might stumble on Ale-8, a soft drink that tastes like a cross between ginger ale and and a citrus drink, with a little kick added in. In St. Louis, Missouri, Fitz’s bottles its root beers and colas in full view of restaurant customers, while sending bottles of their wares out to grocery stores and restaurants in the region.

Aldi sells soda in its stores, both of the name-brand variety (Coca-Cola, for example) as well as an array of Aldi house brand sodas. Aldi has also taken to introducing a new line of sodas under the Summit line that are aimed more at reproducing the “craft soda” experience you might get from a local bottler. 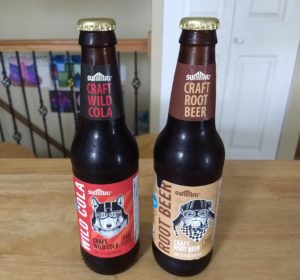 Summit Craft Root Beer and Summit Craft Wild Cola are, as best as we can tell, Regular Buys. That means they’re in stores all the time. We tend to find them in the soft drink section of the Aldi stores we visit. They are, at the time of this post, $3.49 for a 4-pack, or 87 cents a bottle. That makes them a lot more expensive than your typical can of soda. On the other hand, they’re also a little cheaper than the craft sodas I can buy at my local traditional grocery store. We could not find any indication on the bottles or packaging about who crafted these drinks. 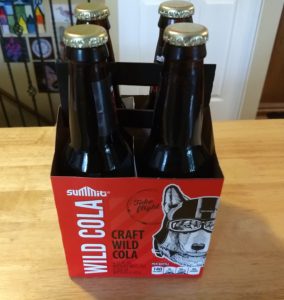 We think this cola is excellent. It has a great flavor and just the right subtle amount of bite to it. It’s far, far superior than the mediocre Summit Cola that Aldi sells in two-liter bottles and cans, and it compares favorably to other craft colas we’ve tried.

Nutritionally, it is higher in calories, sodium, and sugar than regular Summit Cola, but it also has the virtue of being made from cane sugar at a time when high fructose corn syrup is the most common soda additive. While there is currently no evidence of any health difference between the two, there is a subtle taste difference. That difference, we think, gives Summit Craft Wild Cola a great flavor.

One final note: this cola does have caffeine added, but neither the box nor the bottle says how much. 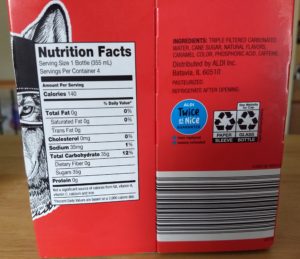 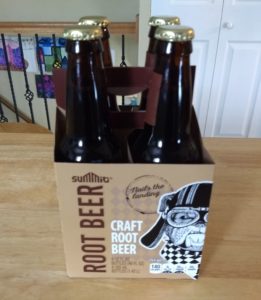 We think the root beer is also excellent. The difference between this root beer and Aldi’s Summit Sudz Root Beer in a can isn’t as great, in part because Sudz is a better root beer than canned Summit Cola is a Coca-Cola knockoff. Still, this craft root beer has a rich flavor with a smooth caramel undertone and a hint of bite.

In terms of nutrition, the craft root beer is identical in calories, sodium, and sugar to the craft wild coda. (Incredibly, this root beer is lower in all three than Sudz.) Like the wild cola, it is made with cane sugar, which we think gives it a superior flavor over corn syrup root beers. 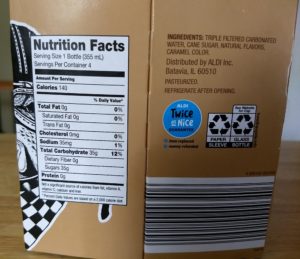 While both of these craft drinks cost a fair bit more than simple cans, we think you get what you pay for. We think the Summit Craft Wild Cola is outstanding; it’s superior to the regular Summit Cola and it holds up well against other craft colas we’ve had. We also like the Summit Craft Root Beer, which is a solid root beer. If you’re a cola or root beer lover, you owe it to yourself to give each of these a try. Recommended.