If you have never tried gelato, you’re in for a treat with this creamy dessert that is similar to ice cream. Gelato is frozen like ice cream, and you can eat it with a spoon or in a cone like ice cream. However, gelato differs from ice cream in several ways. 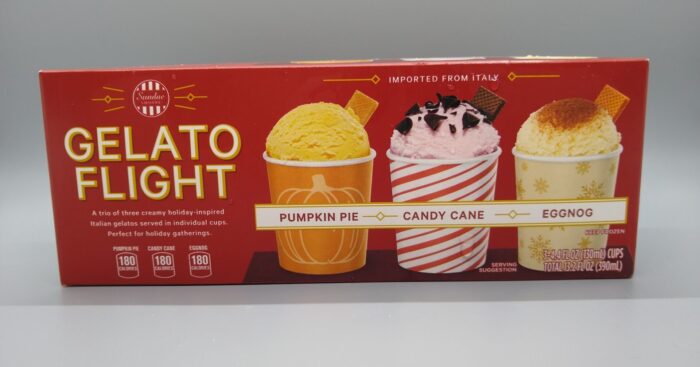 The Sundae Shoppe Gelato Flight cost $3.99 for 13.2 ounces at the time of publication, with each serving coming in at 4.4 ounces. That comes out to $1.33 per serving. The gelato is imported from Italy, and the package states this features “a trio of three creamy holiday-inspired Italian gelatos served in individual cups. Perfect for holiday gatherings.”

If you’re not familiar with the term, a “flight” in this sense refers to a set of samples or a selection of various different flavors of a product such as wine, beer, or cheese. In other words, this Aldi gelato flight simply means it contains several different gelato flavors you can sample yourself or share with others. 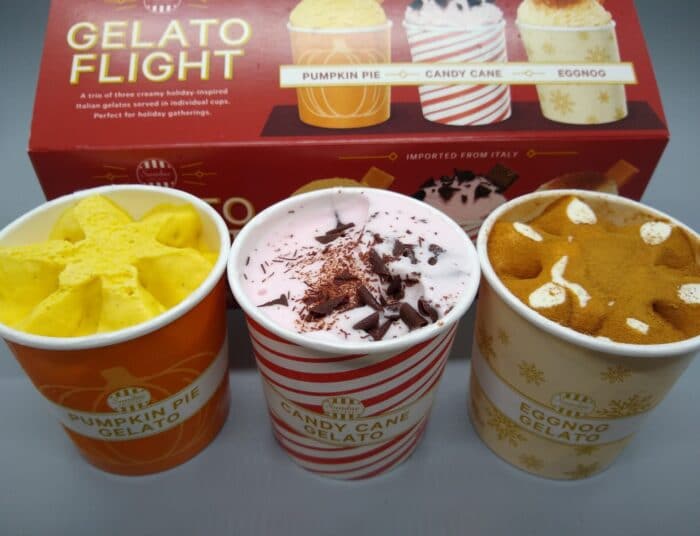 This is an Aldi Find, which means it’s only in stores for a short time. Aldi does not offer online ordering after its specials sell out at your local store. 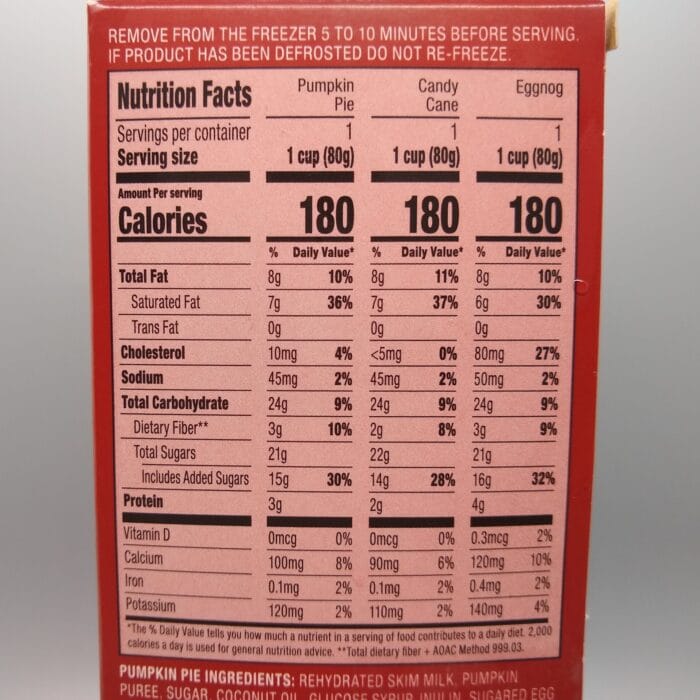 The package recommends removing the gelato from the freezer 5-10 minutes before serving. 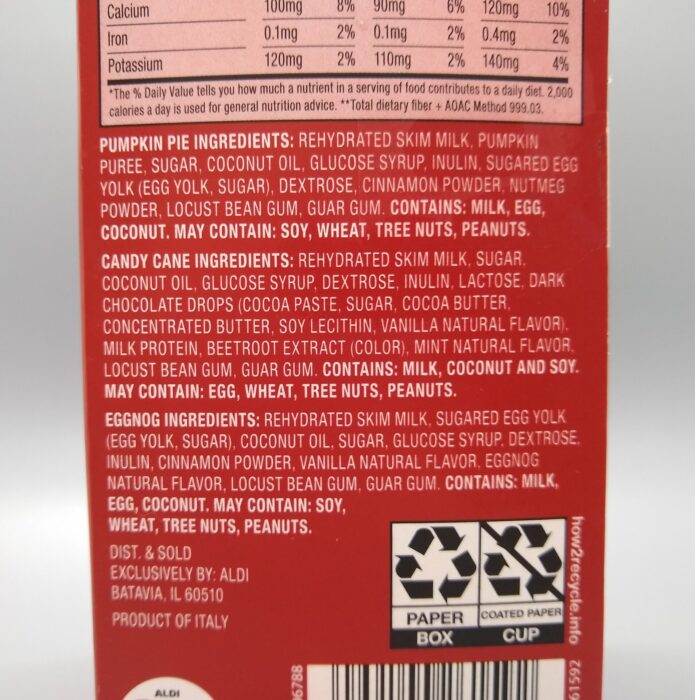 Read on for more information about each flavor:

The Sundae Shoppe Gelato Flight contains three individual serving cups in different flavors: pumpkin pie, candy cane, and eggnog. All of these flavors are good. If you enjoy seasonal holiday desserts and you also like gelato — or if you’re wanting to try gelato for the first time — you can’t go wrong with this gelato flight.