I like ice cream very much. A lot-lot-lot-lot. Strawberry tends to appeal to me more, so I don’t care quite as much for vanilla and chocolate. But when Aldi sold these, we decided to try them anyway. 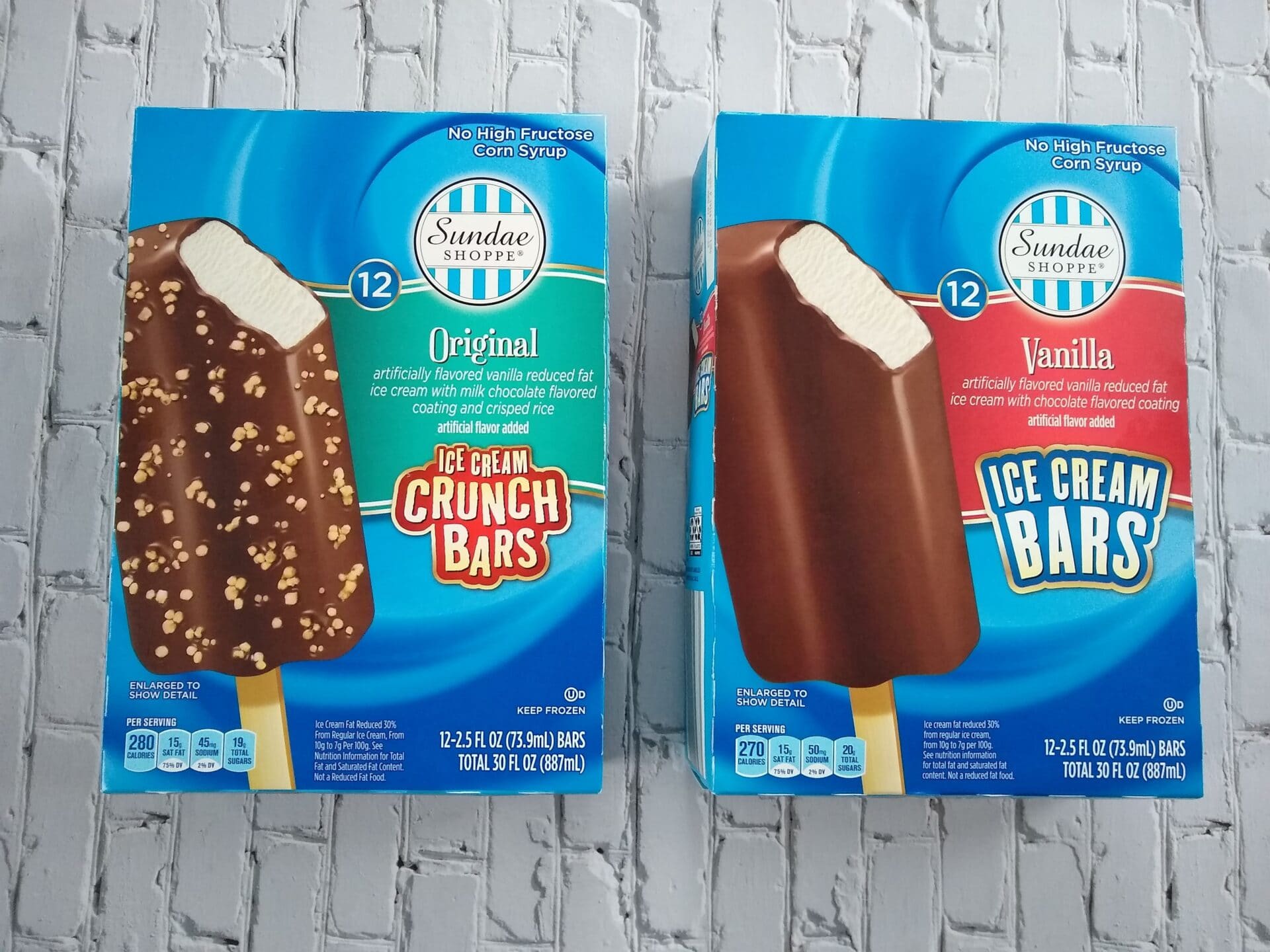 These Sundae Shoppe Ice Cream Bars are a Regular Buy. That means you can find them in Aldi all the time. You can find them in the frozen section. They cost $3.99 for a box of twelve bars, or about 33 cents per bar. Some other store brands might cost less for a box of twelve, but most name brand ones cost about a dollar more for the same amount. These are a pretty good deal. 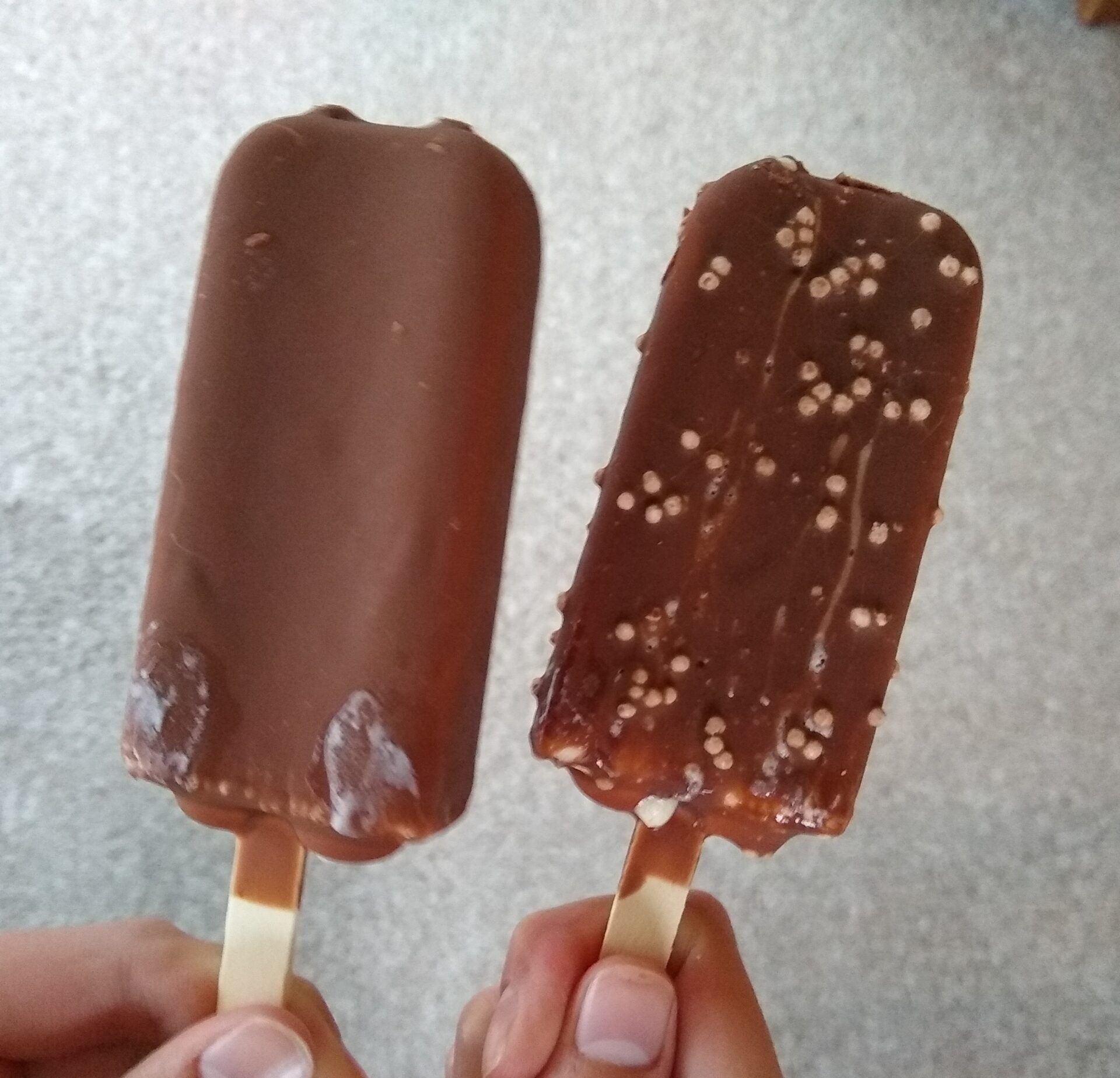 Vanilla at left, original crunch at right. (Click to enlarge.)

The original is vanilla ice cream with a chocolate coating and crisped rice, whereas the vanilla is the same, just no rice. My personal opinion is that, though both bars are similar, the original crunch bars are superior to the vanilla. It has a bit of a bolder taste, whereas the vanilla basically tastes like… vanilla. The original has the crunch of rice, but you can’t taste the rice as much. I also noticed that, even though both have vanilla ice cream in them, the original’s taste is more noticeable. Other people in my family also tried them and mostly thought the same thing.

Also, the original’s vanilla is slightly more yellow, but the vanilla bar’s vanilla is a lot more white, and I’m not sure why since they’re the same Aldi brand, Sundae Shoppe.

On the box, it also says one serving size is two bars, so for the original that means 280 calories and for vanilla 270 calories, although I don’t think two bars is really one serving. If you look just at one bar, the original contains 140 calories per bar and the vanilla contains 135 calories per bar. Both contain milk and soy. The bars have about as much added sugar, sodium, carbs, etc. as you’d expect, so no real noticeable differences between the two there. 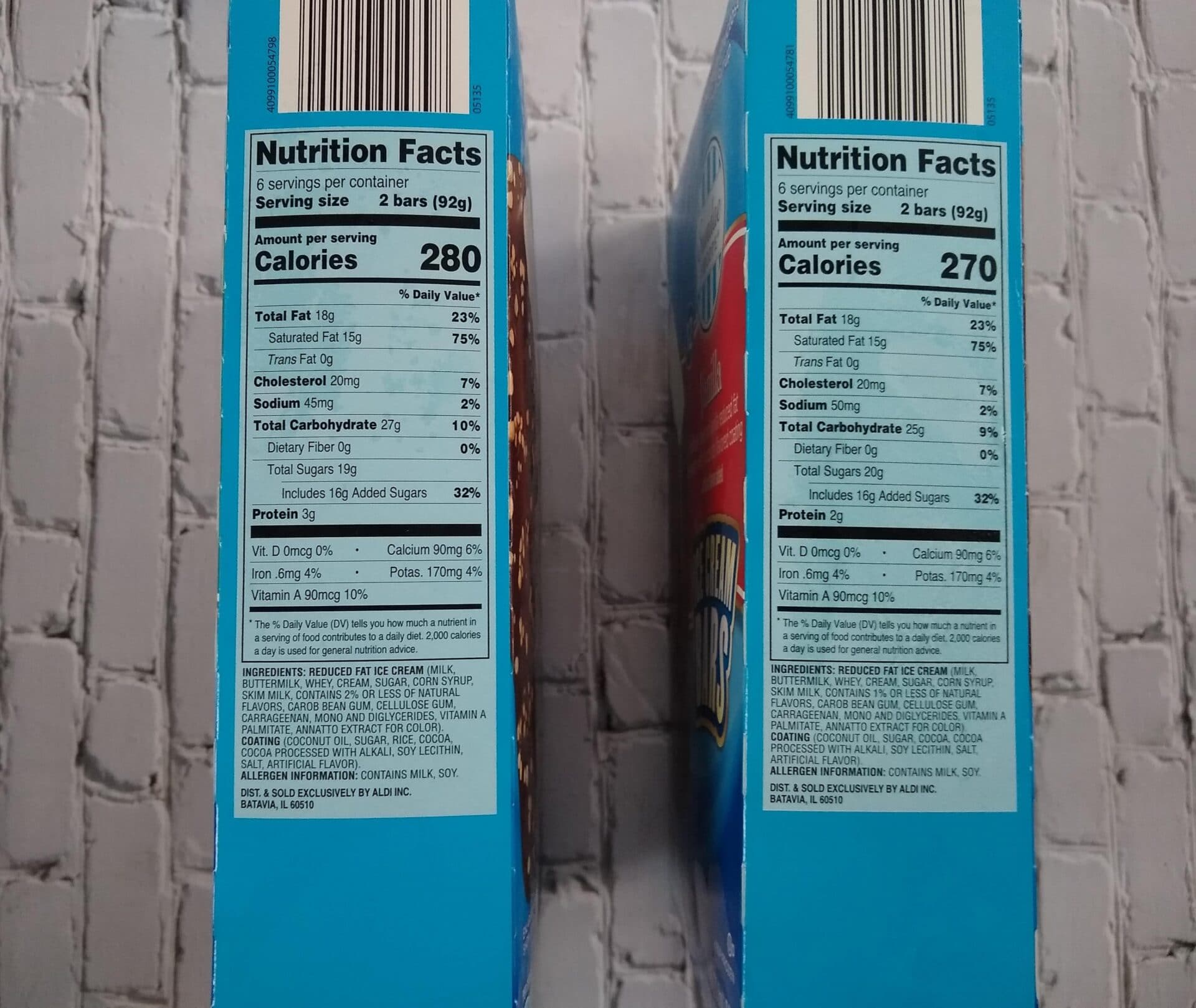 Nutrition and ingredients: original crunch at left, vanilla at right. (Click to enlarge.)

All in all, these ice cream bars are fairly good and, for twelve bars, pretty cheap. I recommend these. If I had to pick, I prefer the original over the vanilla. Most of my family agreed.