Skip to content
Home Features Opinion: It’s Okay to Be a “Walking Billboard” For Aldi

Opinion: It’s Okay to Be a “Walking Billboard” For Aldi 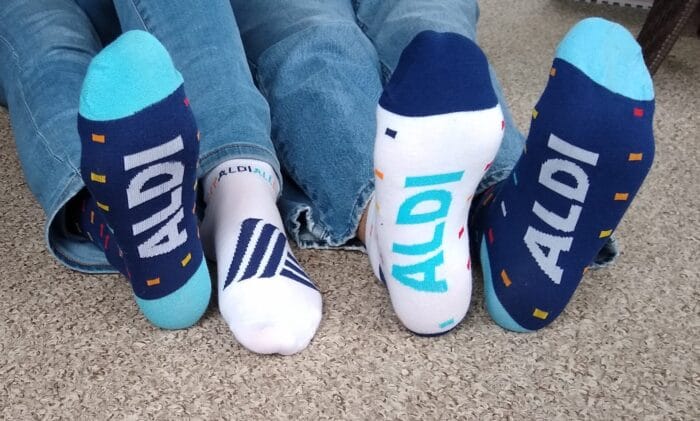 EDITOR’S NOTE: Like all posts on Aldi Reviewer, this piece is the opinion of its respective authors. Also like all posts, comments are welcome, although we ask users to be mindful of our Community Guidelines.

Recently, Aldi released its Gear Capsule Collection, a micro-line of clothes and accessories. The set made a big splash on social media and in stores, with Aldi’s superfan shopper base scooping up everything. It wasn’t long until people posted pictures of their Aldi swag, with many of them freely admitting that they’d become a “walking billboard” for the German supermarket. 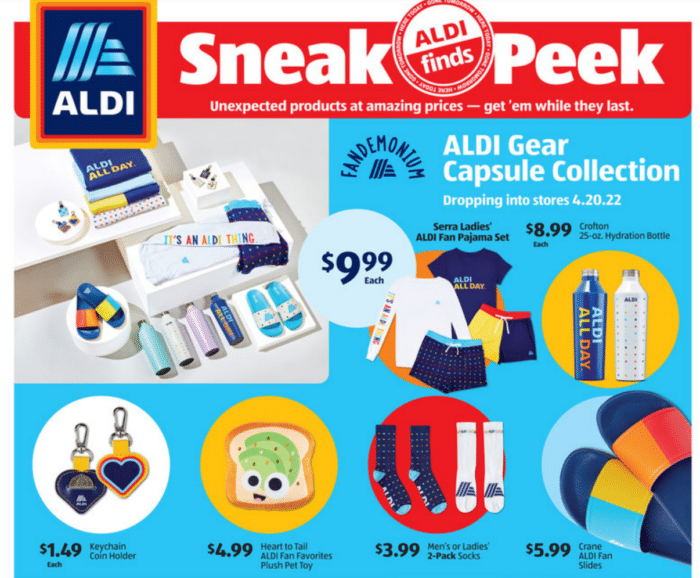 Interestingly, though, we also noticed a bit of a backlash to the Capsule Collection. More than one person took to social media to declare something to the effect of, “y’all are literally paying to advertise for Aldi.” As sometimes happens on social media, back-and-forth drama ensued.

So let’s tackle this question. Is it somehow bad that shoppers are paying for the privilege of broadcasting Aldi’s name everywhere they go? Is there something wrong with being a walking billboard?

We don’t think so.

Now, before we elaborate, a few notes about us and this site. Aldi Reviewer is an independent site, and we’re independent writers. We’re not endorsed, compensated, or otherwise affiliated with Aldi in any way. We’re writers and product reviewers, not influencers or superfans. Yes, we cover Aldi, and by definition that means we generally like the store, but we’re not above critiquing the store or its products if we think the situation deserves it. In other words, we think Aldi is a good company, not a perfect one. No company is.

That means we’re going to call this one like we see it. And we don’t see a problem with people who want to show their Aldi fandom doing so.

It’s not because we do it ourselves. In fact, it might surprise some readers to know that, even though we’re prolific Aldi writers, we don’t go around in Aldi gear, official or otherwise. We don’t caw-caw in the aisles or ask for Ranch dressing, and we don’t wear (or, for that matter, currently sell) merch with the Aldi name on it. If you came across us in or out of an Aldi store, you’d find we look like … well, regular people with regular clothes.

We do own some Aldi gear — which we bought for the specific purpose of writing about — but you won’t spot us in the checkout aisle with it. That’s just us.

At the same time, we don’t think any less of people who do like and own Aldi gear. We have no problem with any of the Aldi-themed apparel and accessories Aldi or its devoted fansites sell. Aldi is popular, and some people just love Aldi so much they think it’s fun to broadcast that love to the world.

Is it a little unusual to see such devotion for a grocery store? You don’t see it every day, we’ll grant that. But Americans — and people in many other countries — are walking billboards for other companies all the time.

Just think about all the brands you see on the street every day. Nike. Adidas. Clothing stores. Sports teams. TV and movie properties. Comic books. Video games. Tourist attractions. Aldi fans are not the first to foray into the pay-to-advertise arena, not by a long shot. Trust us, we know: we may not wear Aldi gear when we’re out and about, but we certainly have more than our share of gear advertising other popular companies.

If people want to get into the larger debate over whether people should be advertising for companies at all, that’s certainly fair. But if it’s okay to wear shirts with a team name, we don’t see why it’s a problem to wear shirts that advertise a German supermarket.

And let’s give credit where it’s due: if Aldi has been able to cultivate fans who are excited to wear clothes with the grocer’s name on it, it means the company is doing something right.