We are a house divided when it comes to milk. My wife and my oldest daughter don’t drink milk, at least not by itself. Both will pour it on cereal, and both like chocolate milk and hot chocolate with milk well enough. But in a standalone cup? Never.

My younger daughter and I are different. We both like milk by itself. I often drink it with breakfast, and she’ll drink it just about any time. It’s no exaggeration to say that my younger daughter accounts for the majority of the milk consumption in our family of four, and I’m no slouch, either.

I’m a big believer in milk’s nutritional value. Milk is packed with vitamins, minerals, and protein. It helps promote bone and teeth health and may reduce the risk of certain kidney stones.

You would think that whole milk, with its higher fat content, would promote weight gain. In fact, there are studies that indicate that whole milk can actually prevent weight gain, in part because it makes you feel full, which may help reduce overeating.

Not everyone can drink cow’s milk, and some people prefer other milk alternatives, but if you like cow’s milk, it has its benefits. 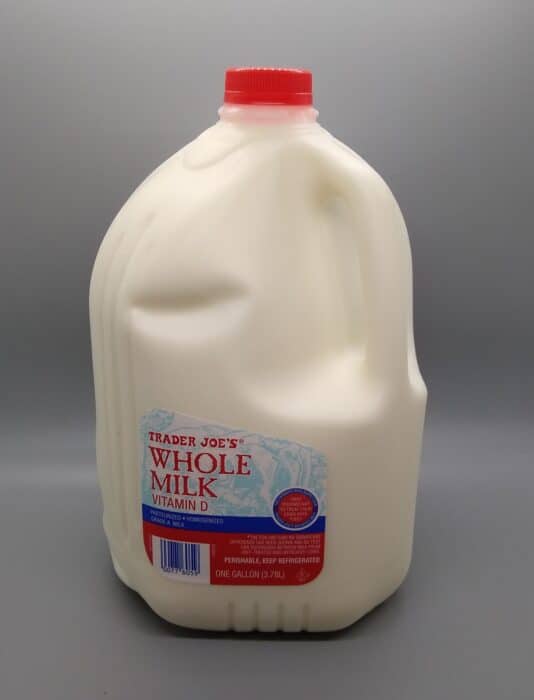 Trader Joe’s Whole Milk can be found in the store’s refrigerated section at all times of the year. Milk prices can fluctuate, but at the time I picked it up, it cost $2.99 for a gallon. That’s a competitive price, costing just 10 cents more than we’d paid at Aldi for a gallon of whole milk a couple of weeks earlier.

Every milk jug and carton in America is labeled with a code that lets you look up where it came from. When I looked up my Trader Joe’s milk, it showed as being sourced by a Kemps LLC facility out of Cedarburg, Wisconsin. Kemps is a Minnesota-based supplier of dairy products, including milk, ice cream, cottage cheese, sour cream, and frozen treats. Since 2011, it has been owned by Dairy Farmers of America, a national milk marketing cooperative. A search on the Kemps website indicates that its products are sold at Target, Walmart, and my local large inventory grocers.

Trader Joe’s milk comes in a mostly standard milk jug. It’s as easy to open and easy to pour as most other milk jugs. It’s maybe slightly different than some jugs I’ve used — the handle is shaped a little different and it has some ridges on the side — but it’s similar enough to be workable without much trouble.

My youngest daughter and I both can attest to the taste, which tastes like … well, milk. 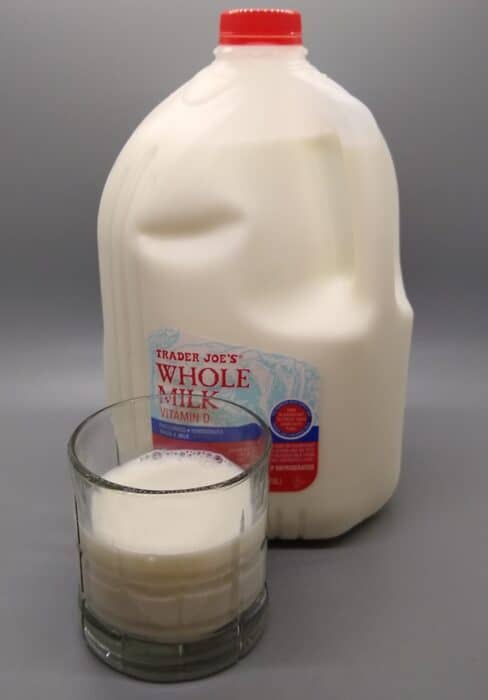 Nutritionally, this milk is by and large like other milk gallons we’ve purchased. There can be slight differences in carb content, sodium, and in the percentages of vitamins and minerals, but usually within a range. That’s the case here. This is pretty close to the milk we get from Aldi or other places. 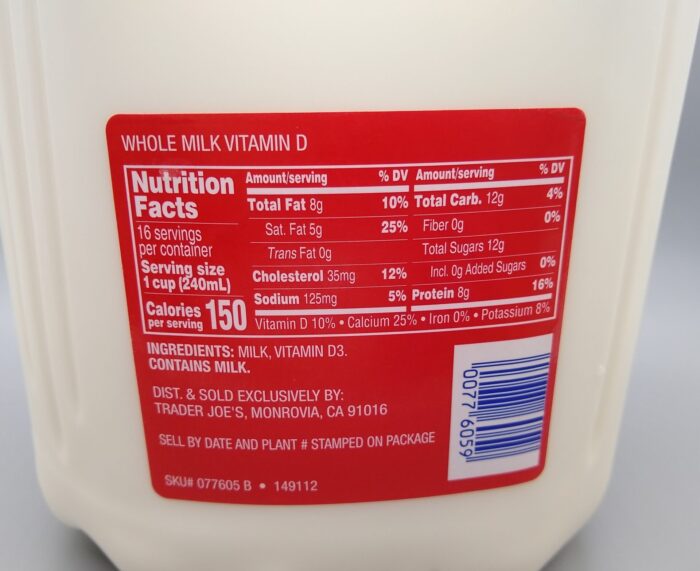 TJ’s sells a competent whole milk. The price is competitive, even compared to Aldi, and it tastes like milk should. If you’re a frequent Trader Joe’s shopper, this is as good an option as any.