I’m a bit old school when it comes to packing lunches. While I like lunch meat, I’ve become more aware of nitrates and other additives in many deli meats. (Preservative-free lunch meats are better.) For me, then, lunch meats are usually something I only make once in a while.

Most of the time, it’s a sandwich that includes peanut butter, along with either jelly or, more commonly, honey. Toss in an apple and one of Aldi’s famed string cheese sticks, and I’m good to go. 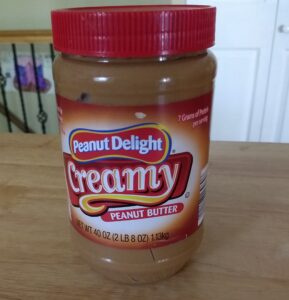 This peanut butter contains five ingredients: dry roasted peanuts, sugar, hydrogenated vegetable oil (rapeseed, cottonseed, soybean), salt, and molasses. In terms of nutrition, it’s pretty high in fat (15 grams per serving), but most of that fat is either polyunsaturated (3 grams) or monounsaturated (8 grams) fat, which are considered to be “healthy” fats, as they can help lower cholesterol, among other benefits. 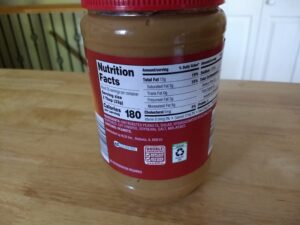 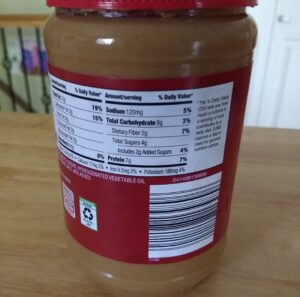 I think this peanut butter tastes and works fine. It has a smooth, salty taste and spreads easily. I don’t have a problem with the oil and peanut butter separating, so in terms of convenience it’s got that going for it, too. 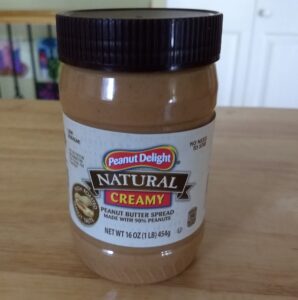 The Aldi natural peanut butter has five ingredients: peanuts, cane sugar, palm oil, salt, and molasses. Because it is processed differently than the standard Aldi peanut butter, the packaging cautions that minimal oil separation is natural, so this is a peanut butter you might have to stir a bit.

Nutritionally, it’s pretty similar to the regular Aldi peanut butter, with the same amount of fat and carbohydrates. It’s a little lower in sodium, though. 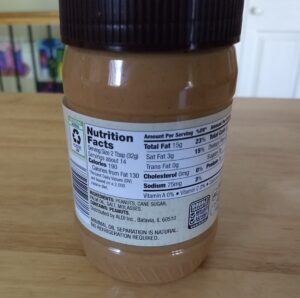 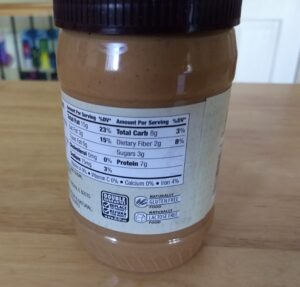 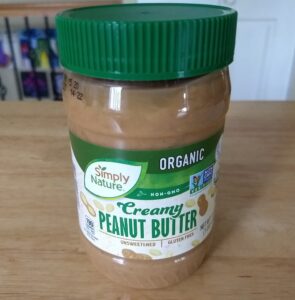 This is the Aldi take on a minimally processed peanut butter. It runs $3.39 for 16 ounces, or about 21.1 cents an ounce. That’s a few cents cheaper per ounce than Walmart’s Great Value Organic Creamy Stir Peanut Butter. It boasts that it is certified organic by QAI. 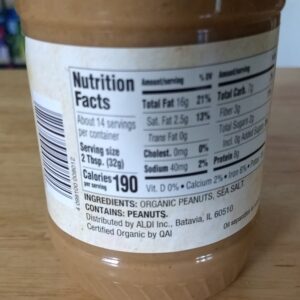 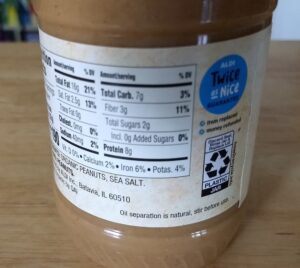 In terms of taste, it tastes exactly like what the ingredients say. It’s peanuts and sea salt. It’s basic, but that’s what you expect, too.

If you’re looking for peanut butter, Aldi keeps a pretty good selection, especially for a low-inventory store. All of the different varieties of Aldi peanut butter are good at what they do, whether you want a budget standard peanut butter or a minimally processed organic spread. The organic peanut butter is a bigger chore to prepare and use than the others, but that’s to be expected. And they’re all competitively priced compared to other stores.