Trader Joe’s is a great place to shop if you’re looking to try things you’ve never heard of before. The grocer specializes in the exotic, including a number of different ethnic and ethnic-influenced foods.

We recently found ourselves at Trader Joe’s and spotted cheese blintzes on the shelf near much of the frozen breakfast food. We’d never heard of them before, so we decided to give them a try. 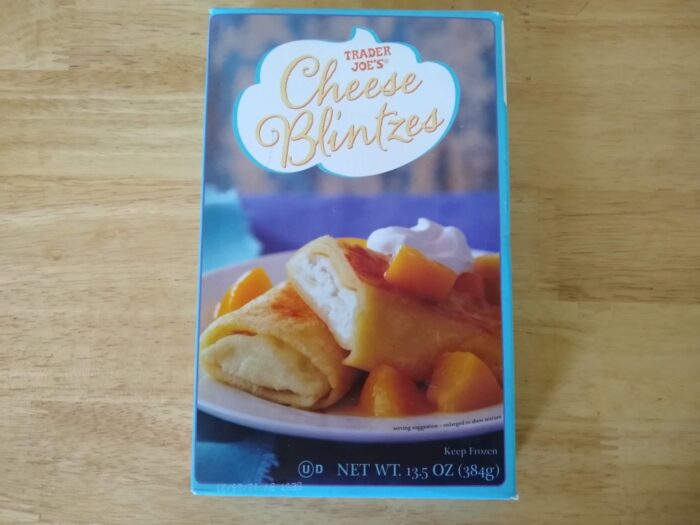 A blintz, according to Wikipedia, is a “popular traditional Jewish cigar-shaped filled pancake similar to crepe of Ashkenazi Jewish origin, that is commonly filled with farmer’s cheese or fruit, and is traditionally served for Shavuot, and less commonly for Chanukah, and other Jewish holidays.” Depending on the year, Shavout falls sometime in May or June, while Chanukah is in December.

Trader Joe’s Cheese Blintzes are $3.49 for a package of six. As I mentioned before, they can be found in the frozen section. 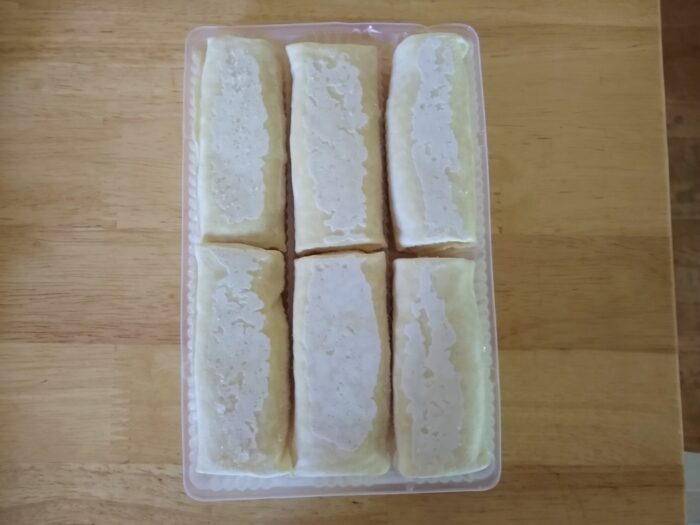 Out of the package, before cooking. (Click to enlarge.)

The package provides two methods of cooking: skillet or oven.

To cook on the skillet, preheat to medium low heat, adding enough cooking oil, spray, margarine, or butter to lightly coat the skillet bottom. Add the frozen blintzes, heating and turning occasionally for about 8 minutes or until golden on each side and warmed through. Then remove from heat and rest one minute before serving.

To cook in the oven or toaster oven, preheat the oven to 400 degrees. Place the frozen blintzes on a lightly oil-sprayed cooking sheet. Bake for 7 minutes, flip, and then bake for an additional 3 minutes or until golden and warmed through.

We opted for the skillet method, coating the skillet with a thin layer of vegetable oil. For me it took more like 10-11 minutes to cook, but your mileage may vary.

The front of the box suggests serving it with fruit and whipped cream, so we did. 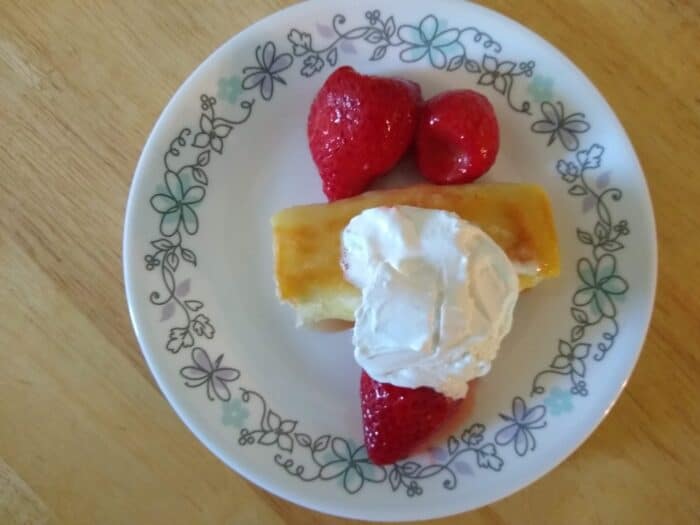 For someone uninitiated to a cheese blintz like we were, these tasted different. The pastry taste was familiar to me, and the cheese was, too … but the combination was unique, especially paired with sweets. Unique wasn’t necessarily bad, though: everyone in our family liked them, and they disappeared quickly. The pastry was crisp, and there was plenty of cheese filling. 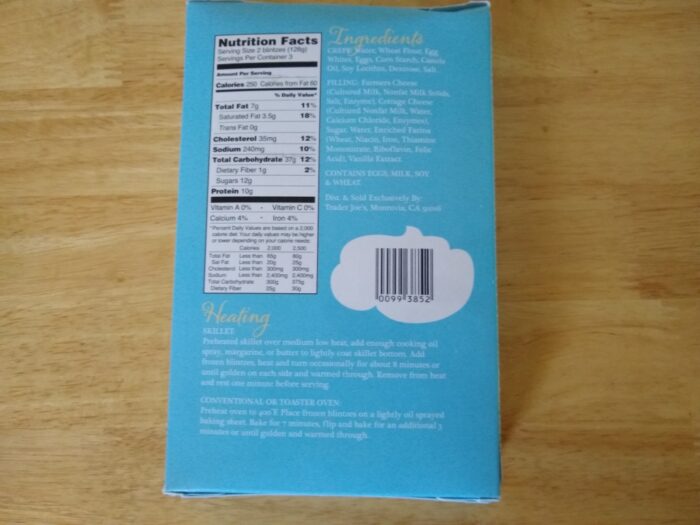 We can’t speak to the authenticity of these (if you can, let us know in the comments), but on their own these cheese blintzes are an interesting pastry. They’re crisp, there’s plenty of cheese, and overall we liked them.