Not long after the end of the Second World War, Charles Edward Doolin — the inventor of Fritos — developed a new idea. This snack was cheesy like a cheese puff but crispier … except that the Frito Company didn’t have the ability to produce them, at least not at a national level. To fix that problem, the Frito Company reached out to Herman Lay — of Lay’s Potato Chip fame — to help them launch the new product.

In 1961, the two companies, Frito and Lay, would merge into Frito-Lay, and not long after that they would merge with Pepsi-Cola. To this day, PepsiCo continues to sell Cheetos around the world, including in different varieties. Success breeds imitation, and many grocers and other brands produce their own Cheetos dupes. Aldi does, for example. And so does Aldi’s distant cousin, Trader Joe’s. 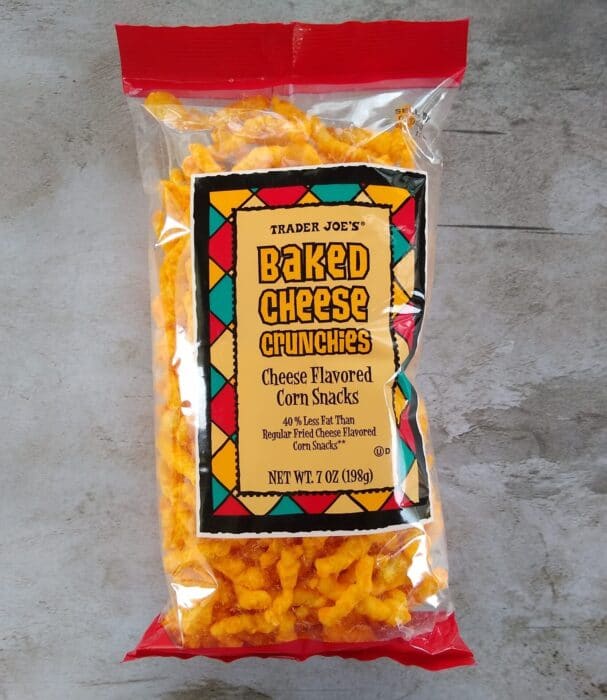 Trader Joe’s Baked Cheese Crunchies can be found in the supermarket’s snack section. They come in a 7-ounce bag and currently cost $2.29. That comes out to about 32.7 cents an ounce; for comparison, Cheetos in our area cost about 42.8 cents an ounce, while Aldi cheese curls cost about 16.2 cents an ounce. TJ’s crunchies, then, are not the cheapest but they cost a little less than the name brand.

We tried out these crunchies and thought they were okay. The texture is fine enough, but they have don’t have as much cheese taste as either Cheetos or the Aldi version. None of us thought that was a deal breaker, but we definitely felt like these were not as tasty as other options out there. 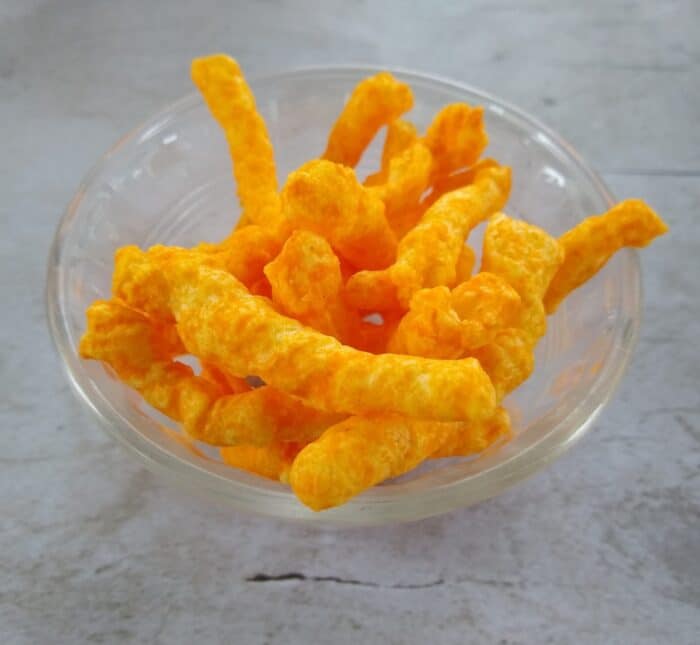 However, there is a caveat. As the packaging states, these have about 40% less fat per serving (6g) than Cheetos (10g) or Clancy’s Cheese Curls (11g), including less saturated fat. They’re also a fair bit lower in sodium (170mg) compared to 220mg for Clancy’s or 250mg for Cheetos). On top of all that, the ingredients are definitely more recognizable than what you’d find in most other cheese curls or cheese crunchies.

So TJ’s is definitely the healthier option.

Nutritionally, they still have some fat and sodium, and they also have plenty of carbs. And because of the cheese, milk is an ingredient, so be aware if allergens are a concern. 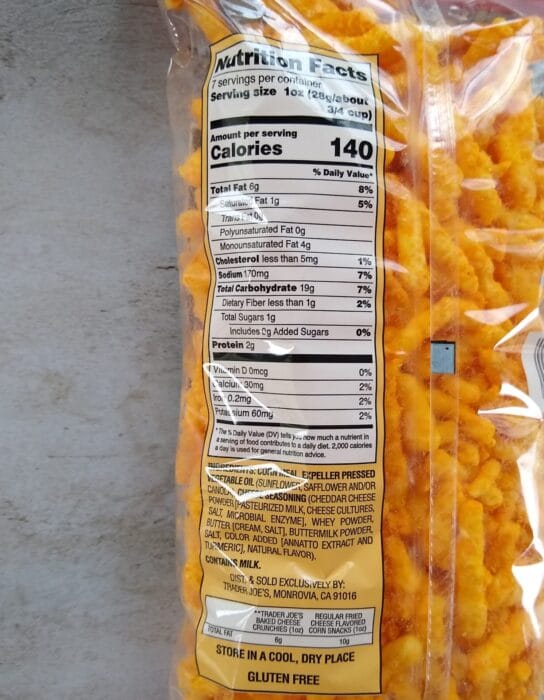 Trader Joe’s Baked Cheese Crunchies are a pretty vintage TJ’s play. They’re an alternative to the name brand and are generally healthier, and with simpler ingredients. We don’t think they’re up to par with the taste of Cheetos or even Clancy’s, but we do applaud the effort, and we like these better than some of the other lower-fat snack foods the store sells. If you like Cheetos and really want a healthier alternative, you might look at these.