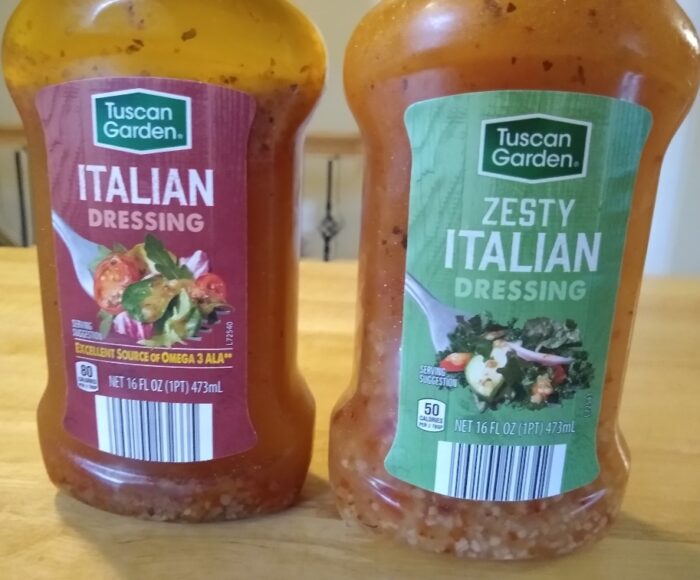 Despite what the name suggests, Italian dressing is not from Italy, nor is it used in Italy. While it has Italian inspirations, it was developed in Massachusetts and later Missouri by the descendants of Italian immigrants, and it is perhaps best understood as American Italian dressing.

Both of these dressings are Aldi Regular Buys, which means they’re available in stores all the time. At the time of this post, they cost 89 cents for a 16-ounce bottle, or about 5.6 cents an ounce.

If you’ve used these kinds of bottles before, you know the drill. To open the bottle, you break the paper seal near the lid, unscrew the lid, peel off the foil seal, and screw the lid back on. The dressing can be stored at room temperature while it’s still sealed, but once you remove the seal, you should refrigerate it. The back of the bottle has a use-by date stamped on it.

If you’ve used Italian dressing before, you’ll notice that components separate while standing. That means you’ll want to shake the bottle well before each use.

Italian dressing is primarily composed of oil and vinegar, and as such it has some fat, although it is, on balance, healthier for you than Ranch. The Aldi Italian dressing is listed as gluten free, and it contains a few spices as well as some additives and preservatives. Like all Aldi private label food products, there are no artificial colors.

Nutrition and ingredients, side by side. (Click to enlarge.) 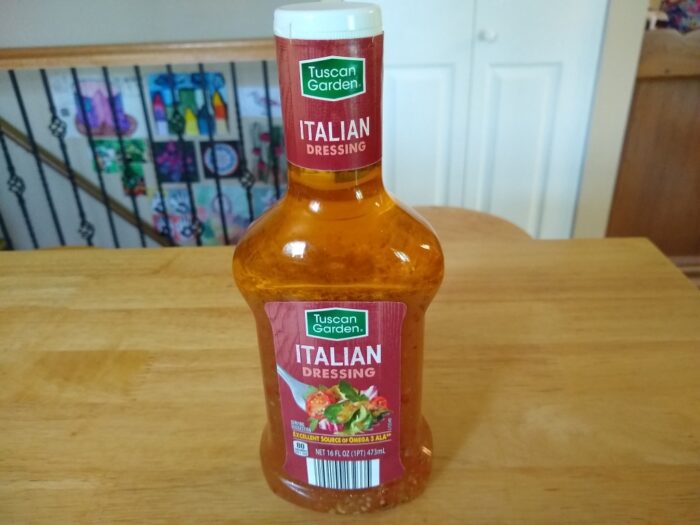 This dressing has a bit of bite to it, especially in the aftertaste. It’s a mix of sweet and salty. We found the flavor to be a little less rich than the Zesty Italian, despite the fact that it has more sodium and more sugar per serving. We also thought it came out slightly thinner than the Zesty Italian. 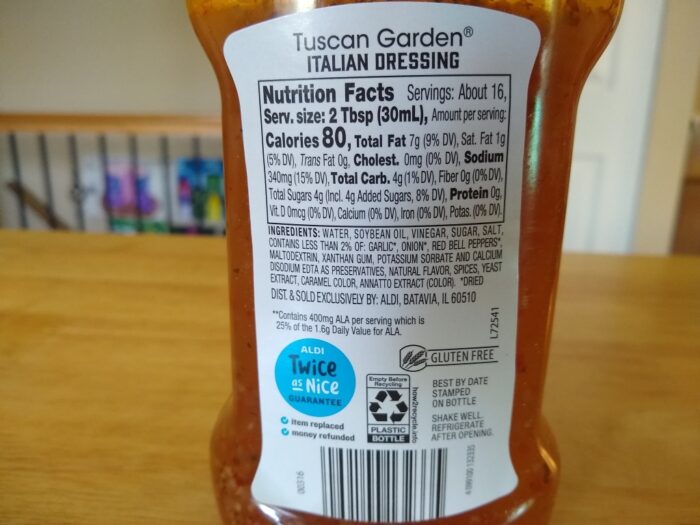 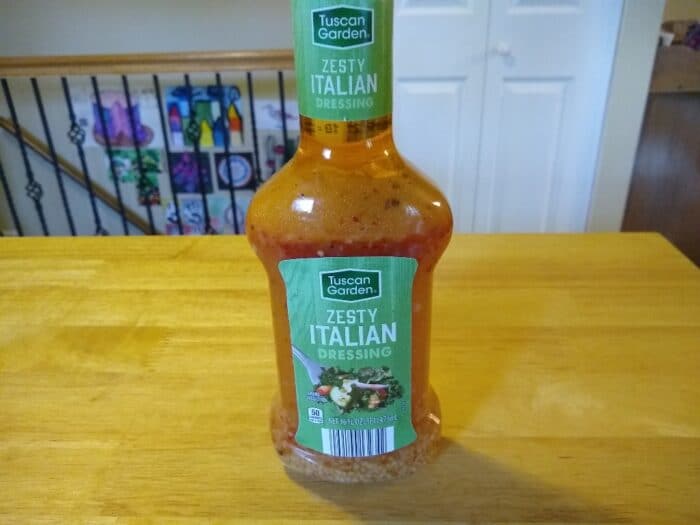 The Zesty Italian is a little more muted in its aftertaste, with less bite at the end than the Regular Italian. It seems a little thicker, though, and the flavors are a little richer, with more sweetness and saltiness. 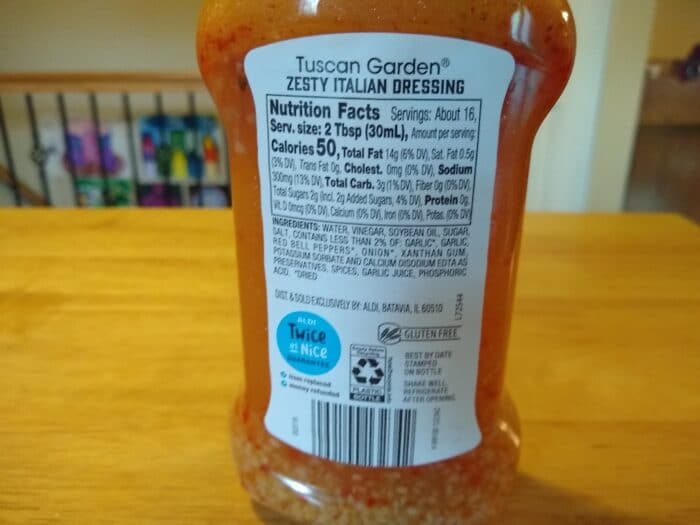 If you need an Italian dressing that is quick, easy, and inexpensive, these will work. You can probably make a better dressing yourself — or do better with Aldi’s Italian powder mix — but as far as bottled dressings go, we think these are on par with most other store-bought bottles. There are some differences between Italian and Zesty Italian, and we lean slightly toward the Zesty, but they are subtle differences.