If you’ve ever traveled in Europe, you’ve likely spotted a heated towel rail or towel radiator in a bathroom. Heated towels have been a thing in certain European countries for years. A warm towel helps to take the chill off when you step out of the shower or bath and the cold air hits your skin. A heated towel rail also helps to dry wet towels faster.

Towel radiators are beginning to catch on in the U.S. as well, but if a bathroom remodel isn’t in your plans for the near future, you can still get toasty warm towels by adding a standalone towel warmer to your bathroom. Towel warmers can also be useful for warming blankets, robes, mittens, hats, and socks.

You can find towel warmers at retailers such as Walmart or Amazon. In the spring of 2022, Aldi also sold a limited-edition towel warmer under its Huntington Home private label, which focuses on various home goods. 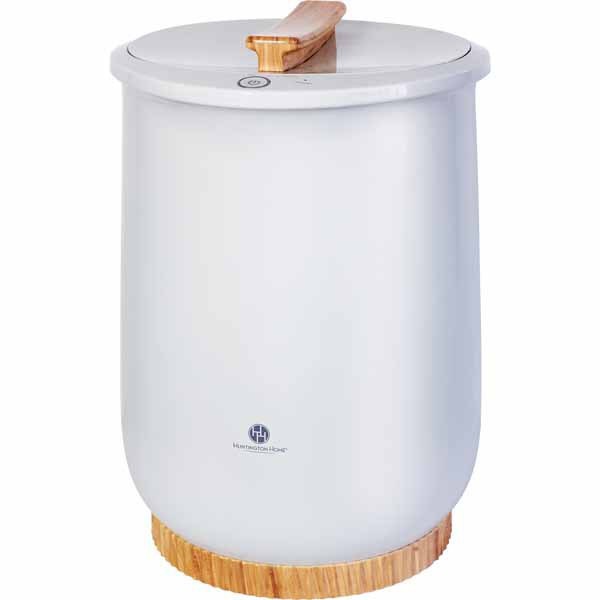 This is an Aldi Find, which means it’s only in stores for a short time. Aldi does not offer online ordering for its specials if they aren’t in stock at your local store.

Here’s more information about the 2022 towel warmer, according to Aldi:

This towel warmer comes with a two-year warranty serviced by serviced by Tempo USA (also known as Customer Care USA). They have provided service on other Aldi products in the past, including the Ambiano Egg Cooker and the Ambiano Deep Fryer.

We have not yet tried this towel warmer, so we don’t know how well it works. We write open threads so readers can share about their experiences with a product and ask questions.

Do you own the Huntington Home Ultra Large Towel Warmer? Tell us what you think of it in the comments below.