In my experience, there is no worse time to try and get flowers for loved ones than the days leading up to and including Valentine’s Day.

For one, many places are busy, especially places devoted to flowers. More than once, I’ve dropped into a floral shop in the days prior to February 14th, only to find myself standing with a crowd of people (usually men) waiting to get their bouquets of flowers from harried floral shop workers. Online options aren’t necessarily any better, thanks to the volume of demand.

Two, prices on flowers are often higher during Valentine’s Day. In some places, they can be twice the cost of what they are other times of the year. Retailers can get away with it because people buy them anyway.

Three, I’ve found that flowers bought during that time aren’t always the greatest of quality, especially if you get your flowers late and the selection is picked over.

I decided to find out. 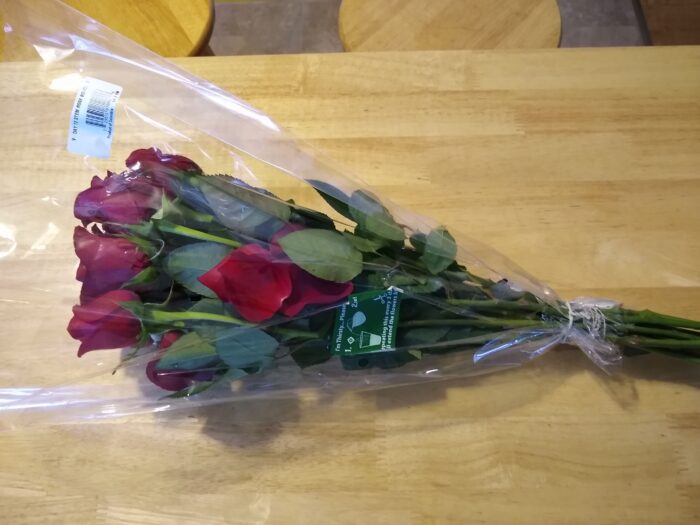 Aldi’s Valentine’s Day 12-Stem Rose Bouquet is, not surprisingly, an ALDI Find, which means it’s only in stores for a short time. At the time of this post, the 12-stem rose bouquet runs $9.99. It’s worth noting that it was one of a few different flower options this year, including tulips for $4.89 and a “premium” bouquet for $14.99. None of the flower arrangements at the time of this post comes with a vase.

The rose bouquet comes with 12 roses, along with a packet of flower food. According to the packaging, the roses are a product of Colombia (South America), which is where almost all of America’s Valentine’s Day roses come from. (This has created a debate over the environmental impact of shipping all those flowers, but that’s another topic entirely.)

I can’t speak to all Aldi flower bouquets — just the one I bought. To that end, I can say that the bouquet shed two or three petals before I even got it into the car. By the time I got home, it had shed a few more … 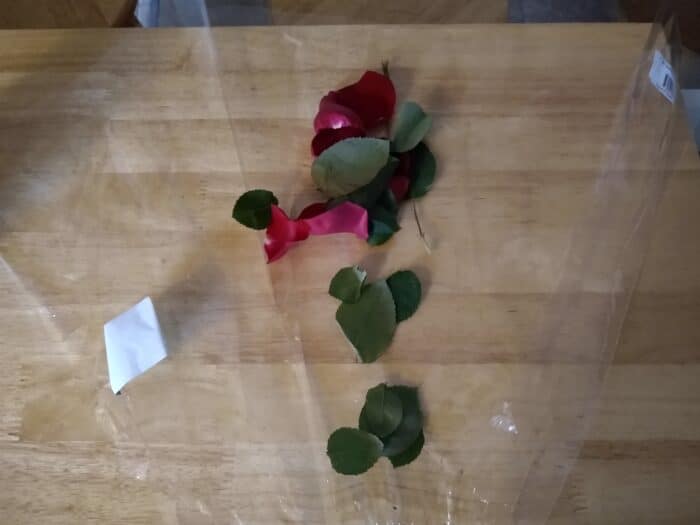 … and by the time my wife had finished cutting them and placing them in a vase, we’d lost a lot more than that. 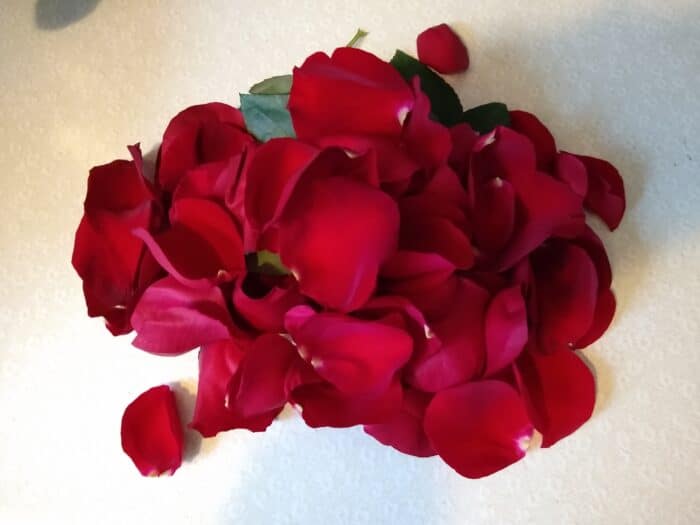 My wife made the most of it, putting the petals into a crystal bowl we’d received as a wedding present, but it seemed a lot of shedding for a dozen roses, especially compared to roses we’ve bought from other retailers over the years.

The food packet includes directions on how to care for the flowers. As I mentioned, the flowers don’t come with a vase, so you’ll need your own if you’re looking to make these flowers last a while. 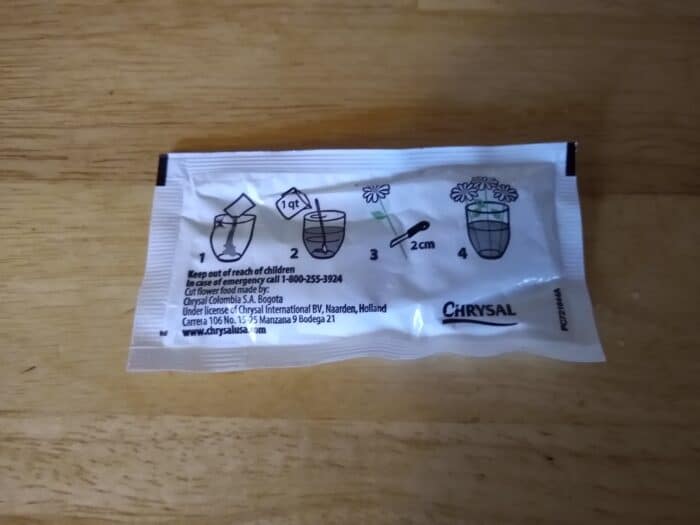 The back of the flower food, including instructions. (Click to enlarge.)

The instructions are simple: mix the flower food with a quart of water, then cut 2 centimeters off the bottom of each stem and put them in the water-food mix. In our experience, flower food extends the life of the flowers significantly, so it’s worth the 5-10 minutes it takes if you’d like to have them around for a while.

Despite the early problems with petal loss, I can say that the flowers have held up reasonably well after a week in the water. Some of the flowers were turning brown at the edges, and some of the blooms had wilted, but for the most part they were still in good enough shape to keep out. 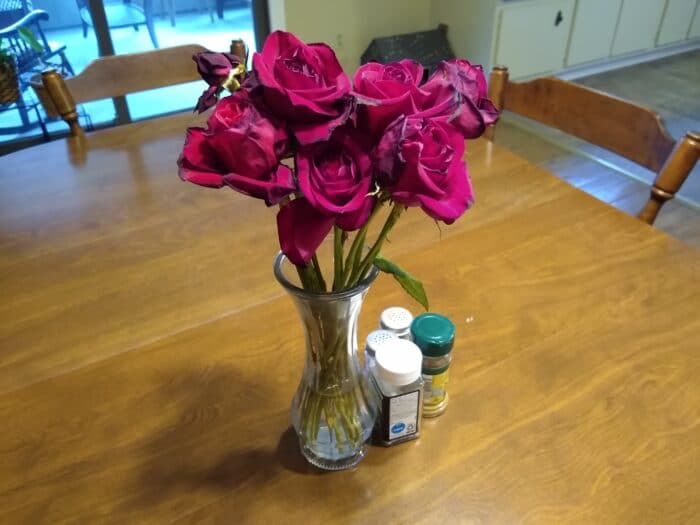 It’s never easy to find quality flowers around Valentine’s Day, much less cheap ones. We certainly found cheap ones at Aldi. Our early returns were not great — we lost a lot of petals before we even got them into the vase — but they held up reasonably well after seven days with the flower food. Your mileage may vary.