Recently, I had to have oral surgery, which required me to stick to soft foods for a few days. We always keep a few Aldi items around for review purposes when the situation is right, and I figured that was as good a time as any to test out the soup that everyone likes to use when they’re under the weather: chicken noodle. 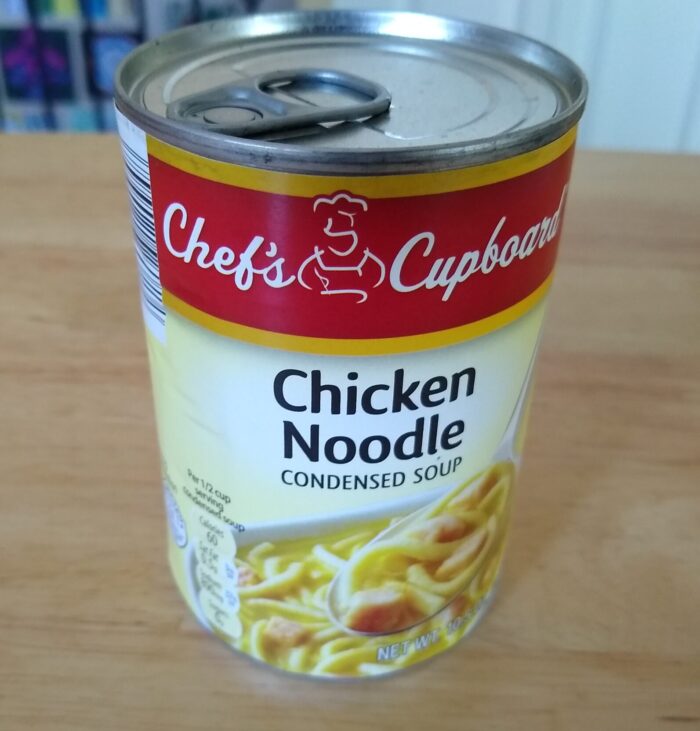 Chef’s Cupboard Chicken Noodle Condensed Soup is a Regular Buy, meaning you can get it in stores all the time. It comes in a 10.5-ounce can — I’m guessing this is an instance of product shrinking — which is the same size as the Campbell’s soup cans. The Aldi soup runs 49 cents a can, which is a lot less than the approximately $1.79 we usually pay for Campbell’s soup when it’s not on sale (sometimes we can find Campbell’s for as low as $1 a can, but it doesn’t stick around on store shelves for long). Aldi doesn’t sell the larger cans of soup the way Campbell’s does, but this looks like a good deal even compared to the big cans.

Making this soup is really easy, and it can be done either on the stove top or in a microwave.

On the stove top, you combine the soup and 1 can of water in a saucepan, and then heat and stir until the soup comes to a simmer.

In the microwave, you combine the soup and 1 can of water in a microwave-safe dish, then heat on high for 2-3 minutes or until hot, then stir and serve.

We made the soup and, just for comparison, also made a Campbell’s soup. We didn’t have a traditional Campbell’s Chicken Noodle, so we compared it against … well, this: 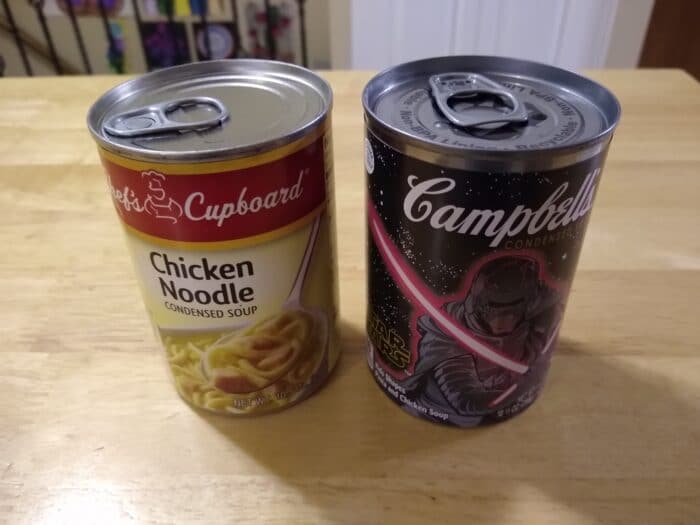 Our testers unanimously liked the Aldi soup better. It had a richer broth flavor and appeared to have more chicken bits. One tester did point out that the Aldi noodles are softer, but that might have been due to the fact that the Campbell’s soup is a pasta and chicken — with pasta shaped like Stormtroopers and droids — rather than traditional noodles.

When we looked at the Aldi soup, we quickly found the reason for the richer broth flavor. While the two soups are nutritionally similar in many ways, there is a major difference in one area: sodium. The Campbell’s soup has 480 mg per serving … and the Aldi soup has nearly twice that amount. 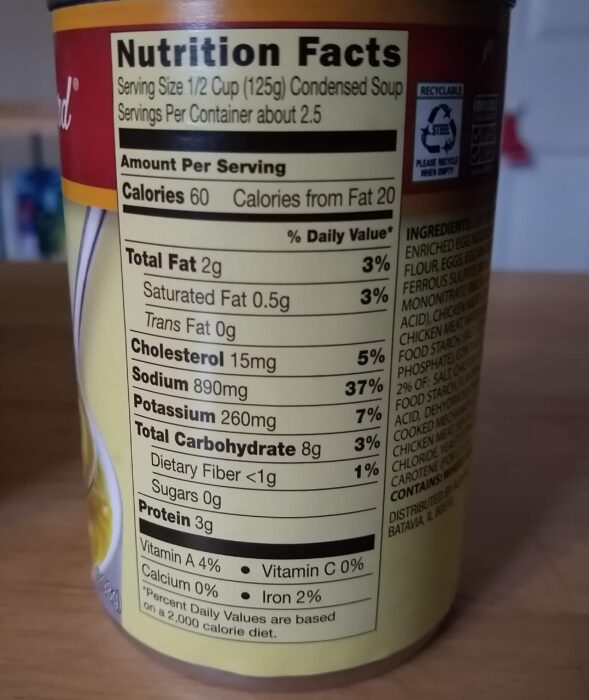 The sodium level is high, at 890 mg per serving. There are 2 1/2 servings in this can, so if you ate the entire thing you’d be putting close to a single day’s recommended amount of sodium in your body.

As for the ingredients? 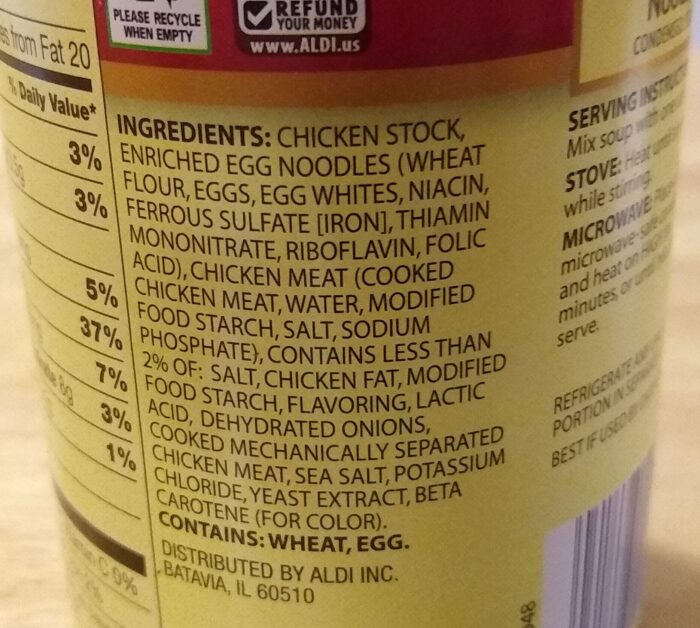 Chef’s Cupboard Chicken Noodle Soup is a flavorful option if you need chicken noodle soup in a hurry, and our testers actually preferred it to Campbell’s Soup. That taste comes at a price, though: the Aldi soup is high in sodium. Just be mindful of that, especially if you are on a low-sodium diet.