Cinnamon rolls are a favorite any time of year, especially for a lazy weekend brunch or paired with a cup of tea or coffee for dessert. Aldi sells cinnamon rolls year round, but the grocer is upping its roll game this fall and offering jumbo pumpkin rolls. These are like cinnamon rolls but with pumpkin icing. 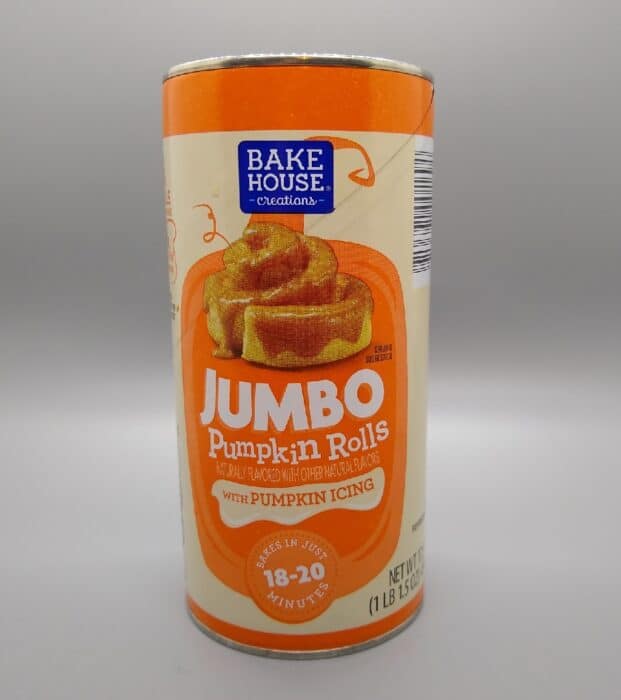 They appear to be a Seasonal Favorite, which means they’re in stores longer than an Aldi Find (Special Buy), but they aren’t available all year. Generally these should be on shelves during the fall season.

(Also, if you can’t find these at Aldi during the fall, Aldi’s cousin Trader Joe’s usually sells its own take on pumpkin rolls for $1 more than the Aldi rolls, only during autumn.)

The primary ingredient for the Aldi pumpkin rolls is enriched bleached flour. Among other things, they contain pumpkin powder, along with spices (including cinnamon), and natural and artificial flavors.

The ingredients list doesn’t separately break down what goes into the rolls and what is in the icing, so it’s not clear if the rolls have pumpkin in them or if they’re just a sweet roll. Based on taste, the icing clearly has pumpkin flavoring. (On the other hand the pumpkin rolls at Trader Joe’s clearly state that dried pumpkin is in the rolls while pumpkin puree is in the icing.)

These Aldi rolls have some processed ingredients, too, such as corn syrup, dextrose, and gums, so they’re not a health food. But I doubt anyone really thinks the equivalent of cinnamon rolls are a health food to begin with.

In keeping with Aldi’s commitment to avoid synthetic colors in its private label brands, these rolls get their color from beta carotene.

If you’re watching out for allergens, these contain wheat.

Like most rolls, these are prepared in a conventional oven.

The oven should be preheated to 375 degrees Fahrenheit. Place the rolls 2 inches apart on a lightly greased baking sheet. Bake for 18-20 minutes or until golden brown. Then, cut the tip of the icing packet with scissors and immediately drizzle icing over the hot rolls. (The container states: do not heat icing packet in the microwave.)

These should be kept refrigerated until you’re ready to bake them, and they should not be frozen. They should be used before the end date on the can, which for me was about two months from my purchase date. 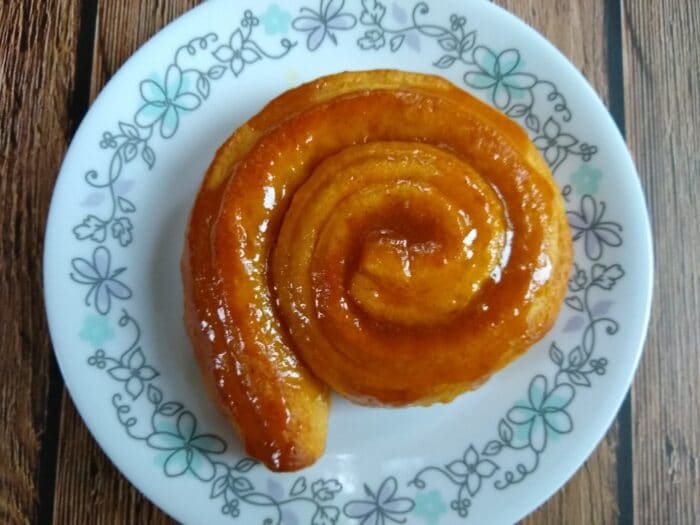 These baked up in just 15 minutes in my oven. They expanded when they baked, so one roll per person turned out to be filling when I served these for breakfast, especially when the rolls are served with a hot drink. The rolls are sweet with a hint of cinnamon, and they’re tender and soft on the inside. The icing has a noticeable orange color and has a lot of pumpkin flavor, and you can adjust how your rolls taste by using more or less icing, depending on how much you like pumpkin spice.

Bake House Creations Jumbo Pumpkin Rolls with Pumpkin Icing are a nice seasonal treat during the fall. These sweet cinnamon rolls come with pumpkin icing and bake up soft and satisfying. They are autumn perfection when served alongside hot tea or coffee.