Skip to content
Home Aldi Finds (Special Buys) Aldi is Bringing Donut Sticks Back. We Hope We Can Find Them.

Aldi is Bringing Donut Sticks Back. We Hope We Can Find Them.

EDITOR’S NOTE: We were able to purchase the Bake House Creations Cinnamon Donut Sticks, and you can read our full review complete with cooking instructions here.

Last year, people on several Aldi fan pages on Facebook were chatting about a new item at the discount grocery store: cinnamon donut sticks. They were sold in a tube or cardboard “can” similar to cinnamon rolls, crescent rolls, and biscuits. They even came with their own icing. I kept an eye out for the donut sticks in the refrigerator section at my local Aldi, but I never spotted them. Now, I might have another chance to buy these. The donut sticks are returning to Aldi the week of August 4th, 2021. 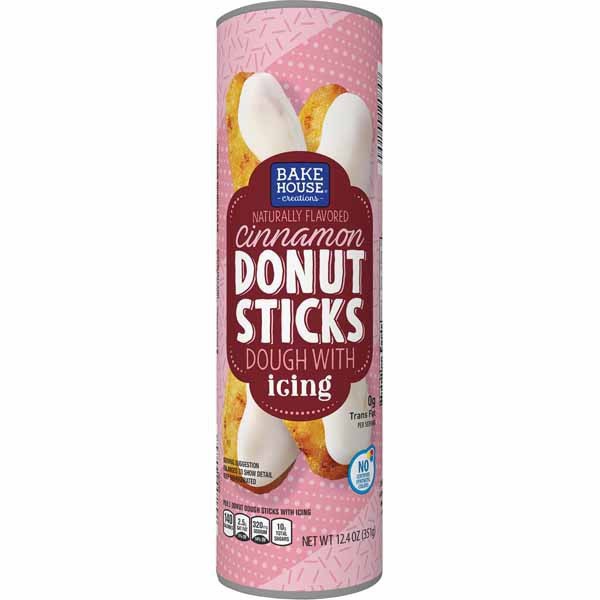 Bake House Creations Cinnamon Donut Sticks Dough with Icing cost $1.49 for a 12.4-ounce container. Aldi shoppers who have purchased these in the past say that each donut is rolled up like a cinnamon roll, and you unroll them prior to cooking.

They’re an Aldi Find, which means they’re only in stores for a short time. Aldi does not offer online ordering for its specials if they aren’t available in your local store, so if you spot these on your store shelves and want them, don’t delay.

One key thing to know before buying these: people who bought them last year said they are supposed to be prepared by frying them in oil in a skillet on the stove top. (I suppose you could cook them in a deep fryer with oil as well.)

Some of those same Aldi customers have also offered some workarounds if you don’t want to deal with hot oil for dietary health reasons, or if you simply don’t like dealing with messy splatters in your kitchen. You can try putting the dough in an air fryer at 360 degrees for 4-5 minutes, or try putting it in a waffle iron. I’m not sure how well the donuts will turn out using those other methods, but they’re worth considering.

I’m eager to try these donut sticks if I can find some in one of my local stores during the coming week. And if you have any cooking tips for these, feel free to share them in the comments below.