When you think about classic cookies from your childhood, animal crackers might come to mind. Or Oreo cookies, or even Girl Scout Tagalongs or Samoas. But don’t forget another humble kid favorite: Nilla Wafers.

Nilla is short for vanilla, of course, and Nabisco has been producing these cookies since 1898. Originally called Vanilla Wafers, the name was shortened to Nilla Wafers in 1967. These cookies were originally made with real vanilla, but since at least 1994, Nilla Wafers have been artificially flavored with synthetic vanillin.

Aldi sells its own version of classic Nilla Wafers. 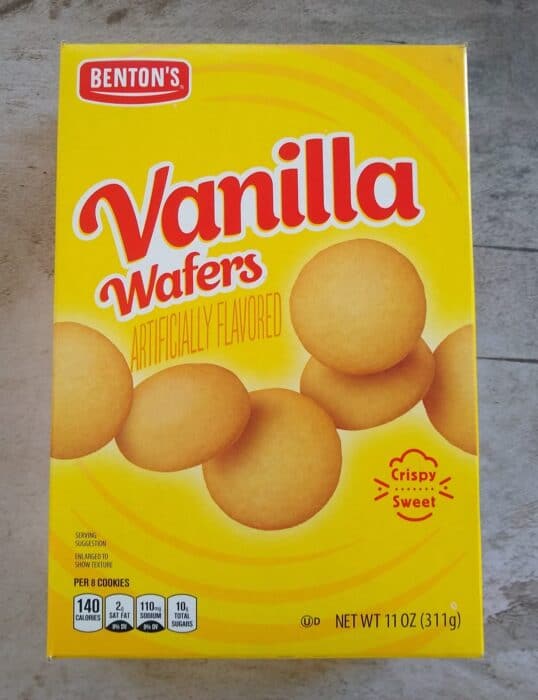 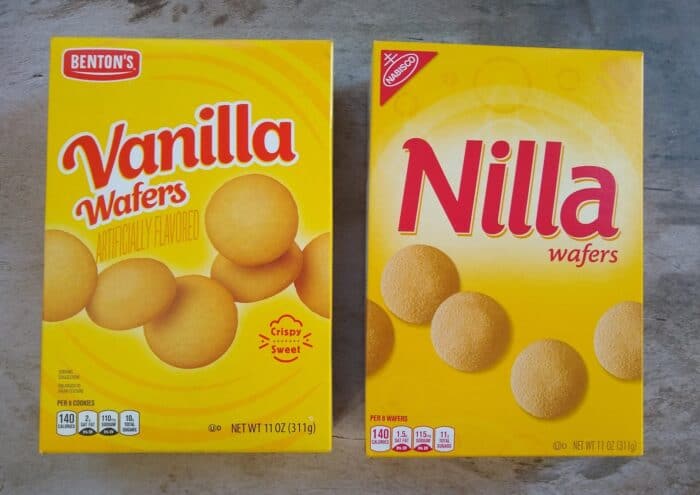 The Aldi vanilla wafers are a Regular Buy or core range product at Aldi, which means you should be able to buy them any time of year. These are also kosher.

If you’re watching out for allergens, both the name-brand and Aldi brand contain soy, milk, egg, and wheat.

Glancing at the ingredients and nutrition information, I thought the Aldi wafers would look and taste similar to name brand. That is not the case, though. 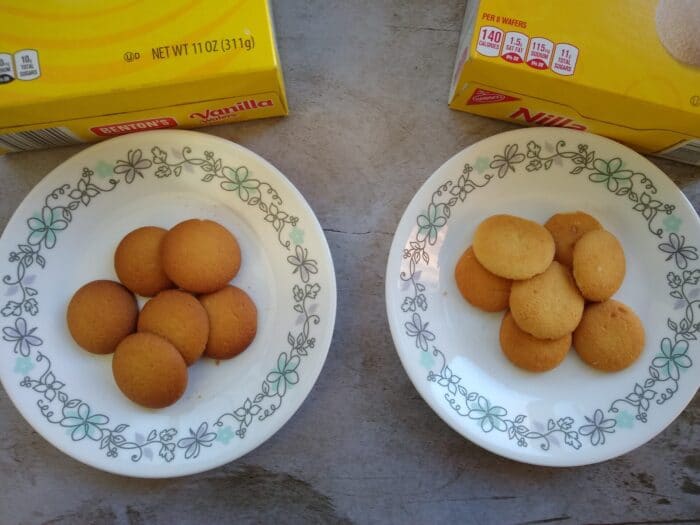 The Aldi wafers are a darker color. They’re not burned, but they’re definitely cooked to a darker finish compared to the Nabisco wafers. The Aldi vanilla wafers also are crispier, while the Nabisco ones are a bit softer. My family also thought the name brand cookies were slightly sweeter, and I thought the name brand cookies had a more pronounced vanilla scent. The Aldi wafers are good on their own merits, but they’re not close duplicates of classic Nilla Wafers. 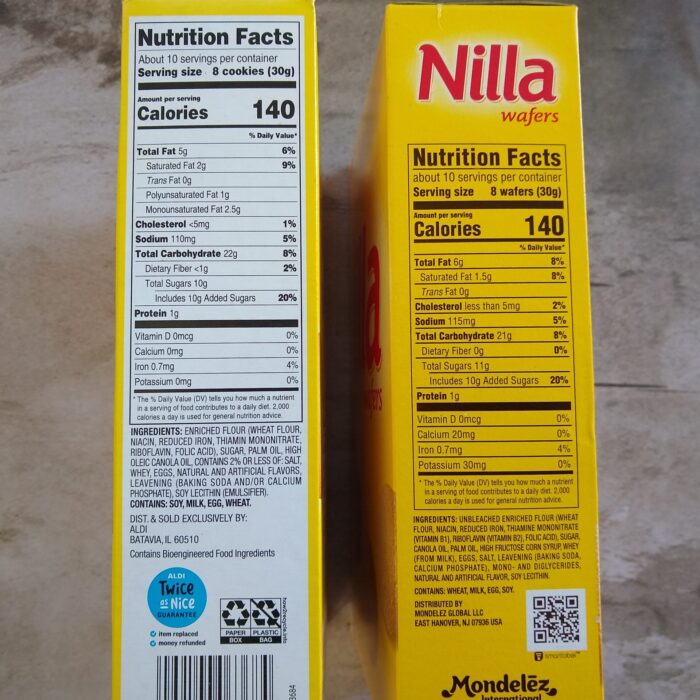 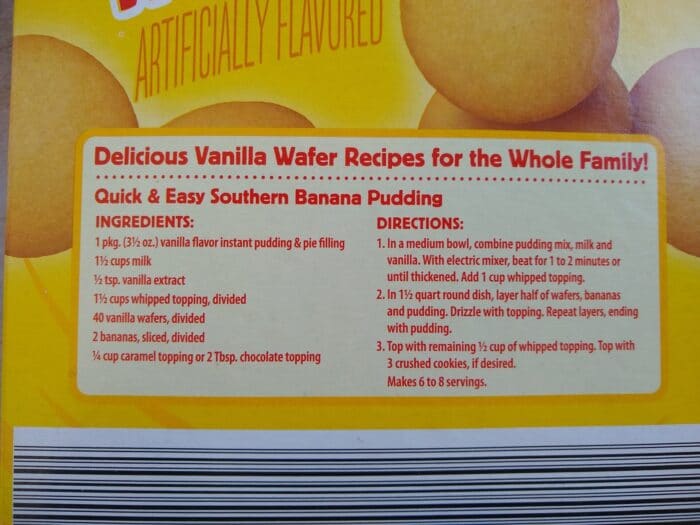 Finally, the back of the Benton’s Vanilla Wafers box has a recipe for Quick & Easy Southern Banana Pudding. After all, do you truly know the joys of vanilla wafer cookies if you haven’t eaten them soaked in pudding and whipped topping and sprinkled with banana slices? Some banana pudding recipes call for eggs and preparation on a double boiler. I appreciate that the Aldi pudding recipe simply uses vanilla pudding mix and a few other basic ingredients.

The Aldi recipe from the back of the cookie box is posted below: