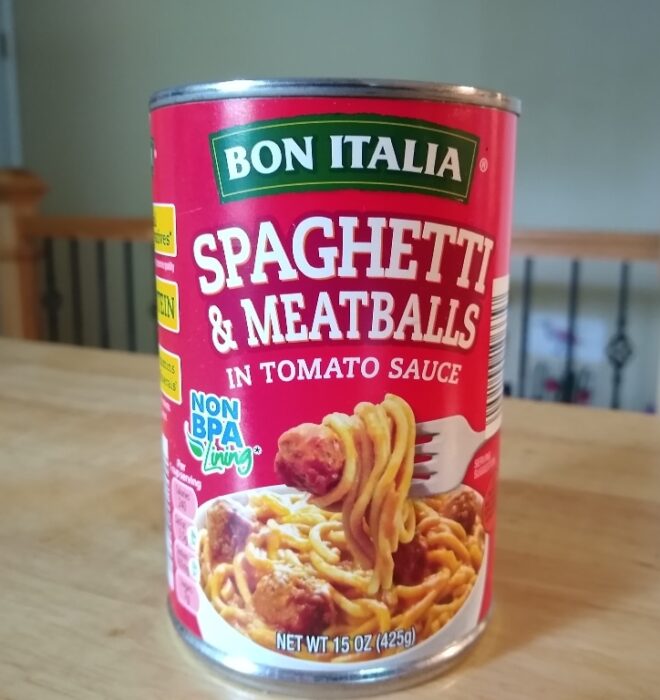 Bon Italia Spaghetti & Meatballs cost 65 cents for a 15-oz. can at the time of publication. They’re a Regular Buy, which means Aldi sells them all year. 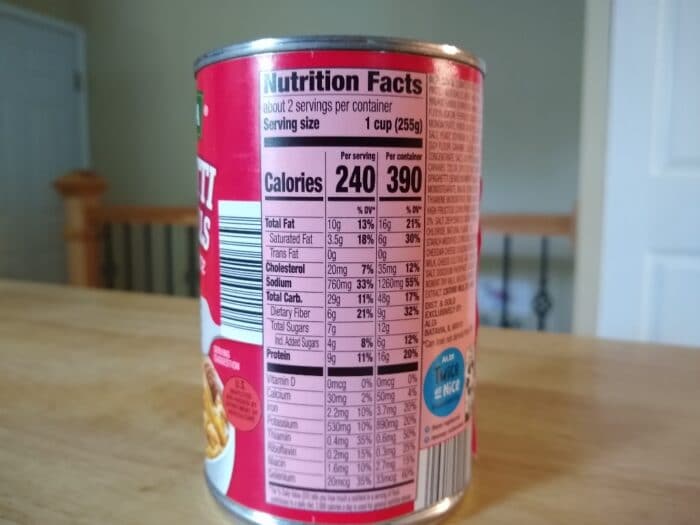 As far as what’s in the spaghetti and meatballs, this is a processed food with a lengthy ingredient list. It’s not a health food, but if you’re buying canned spaghetti, you probably already know this. 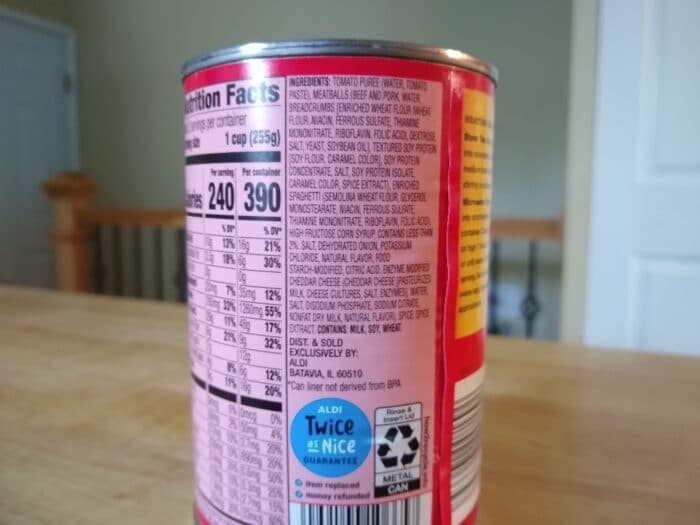 This can be heated on the stove top or in the microwave.

To heat on the stove, empty the contents of the can into a saucepan. Heat over medium heat until warm, stirring occasionally.

To heat in the microwave, empty the can’s contents into a microwave-safe container. Cover, and microwave on high 1 minute and 30 seconds or until warm. Stir before serving.

One family member liked this canned spaghetti, but everyone else was not impressed with it. The noodles are very soft because they’re sitting in a bath of tomato sauce in the can, so they don’t have the same texture as traditional spaghetti, and they are far from being al dente. The meatballs are oddly shaped, and the whole meal has, for lack of a better way to describe it, a fake or chemical-like taste.

To be fair, we have not tried name-brand canned spaghetti from makers such as Campbell’s or Chef Boyardee, so we don’t know how the Aldi stuff compares. But on its own merits, this particular canned spaghetti and meatballs didn’t do it for us. If you want a quick canned meal, we like the Bon Italia Pasta Rings and Meatballs from Aldi better.

Bon Italia Spaghetti & Meatballs is okay in a pinch if you need shelf-stable, easy-to-heat food, but the noodles are soft and don’t really compare to traditional spaghetti noodles. We’d rather spend a little extra time boiling some noodles and opening a jar of quality marinara sauce.