In 1948, three years after World War II, Charles Edward Doolin had an idea. Doolin, the inventor of Fritos, had concocted a new cheese flavored snack that was much like a cheese puff but crispier. The problem was, the Frito Company didn’t have the resources to produce these new Cheetos nationally, so the company reached out to potato chip mogul Herman Lay, who partnered with the launch. In 1961, the Frito and Lay companies merged to become Frito-Lay, and four years later would merge with Pepsi-Cola. Today, Cheetos are one of the most popular snack foods in the world, sold in dozens of countries and in a number of different varieties, from Crunchy to Flamin’ Hot.

Some companies have tried to imitate Cheetos, usually focusing on the original variety. One such imitator is that kingpin of private labels, Aldi. 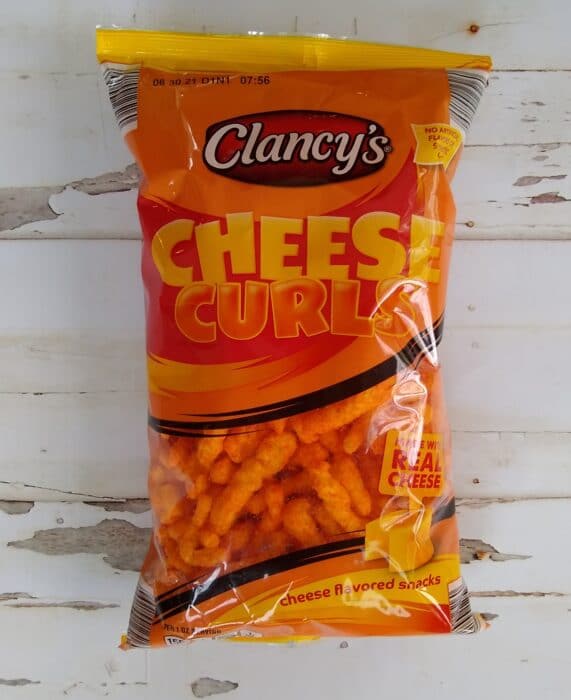 Nutritionally, Clancy’s Cheese Curls are similar to their name-brand counterparts in terms of calories, fat, sodium, and many of their ingredients. To no one’s surprise, these are not a health food. 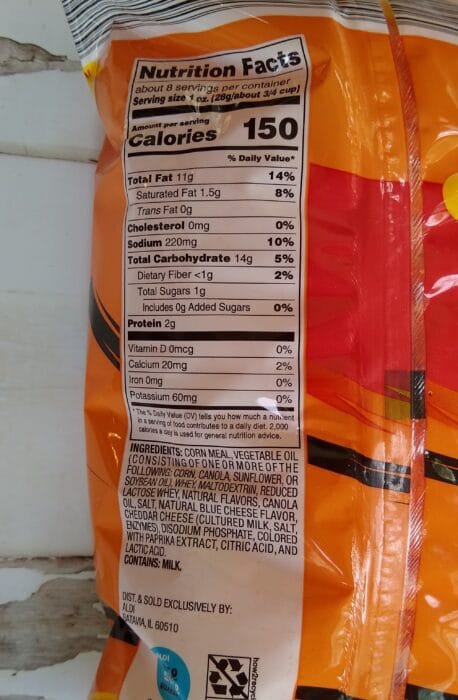 Our family did a side-by-side taste test of the two. To our surprise, they were far closer in taste and texture than we would have anticipated. Cheetos have a slightly “cornier” taste, but in general they both have a similar crisp texture and a cheesy taste. Our family had a very hard time telling them apart, and we suspect that if we served the Aldi ones in a Cheetos bag, no one would be the wiser. 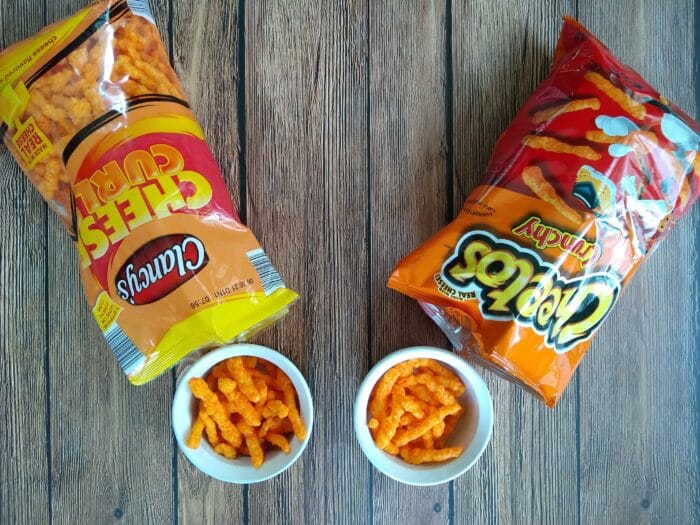 Aldi cheese curls on the left, Cheetos on the right.

Clancy’s Cheese Puffs are a remarkably spot-on imitation of Cheetos. They have a similar crispness and cheese flavor. They also cost a lot less than Cheetos, which makes them a compelling option if you need Cheetos taste on a budget. Consider us fans.