According to the Internet, cheese puffs were invented by two different companies in the 1930s, based on pushing heated corn dough through a machine tool called a die. Today, a number of companies sell products like cheese balls, cheese puffs, and cheese curls. Crunchy Cheetos are probably the most famous example, but for many Americans, when they think of cheese puffs they think of something larger and fluffier.

No one American company has the corner market on fluffy cheese puffs the way Cheetos do on crunchy cheese curls, although the Cheetos company does sell its own brand of cheese puffs that are staples on grocery store shelves. Aldi, ever known for its imitation of brand name products, sells both cheese puffs and cheese curls. Here, we take a look at the cheese puffs. 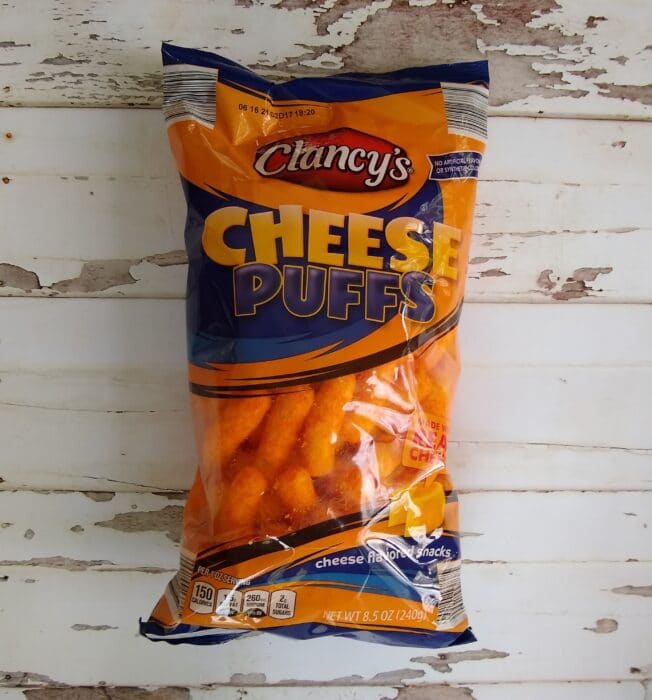 Clancy’s Cheese Puffs are an Aldi Regular Buy, which means you can find them in stores all the time. At the time of this post, an 8.5-ounce bag costs $1.38, coming out to 16.2 cents an ounce. For comparison, our local large-inventory grocer sells Cheetos Cheese Puffs in 8-ounce bags for $3.64, or 45.5 cents an ounce. The Cheetos are around 2.8 times as expensive as the Aldi puffs, although the price does come down some if you buy a larger bag of Cheetos.

Aldi puffs and Cheetos puffs are pretty similar in terms of ingredients, calories, fat, sodium, and carbs. Both are based on corn meal, and both are not a health food … but you already knew that. 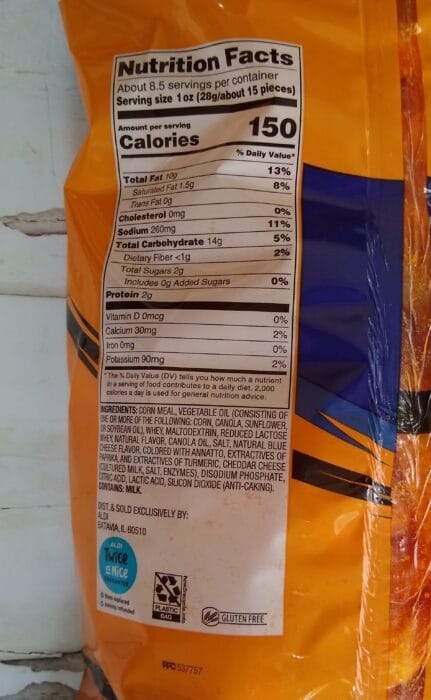 Our family did a taste test of the two. While the two were close, all four testers preferred the name brand over the Aldi version. The Cheetos were both fluffier and cheesier, while the Clancy’s puffs had more crunch and somewhat less cheese.

On the other hand, when one of our testers did a blindfold test of a random puff, they guessed the wrong brand, thinking the Aldi puff was a Cheetos puff. My takeaway is that, while there is a difference, it may not be a massive difference unless you’re testing the two side-by-side. If I were hosting a party where I wanted to make a good impression, I might still get the Cheetos puffs, but for something large and more casual the Clancy’s might work. 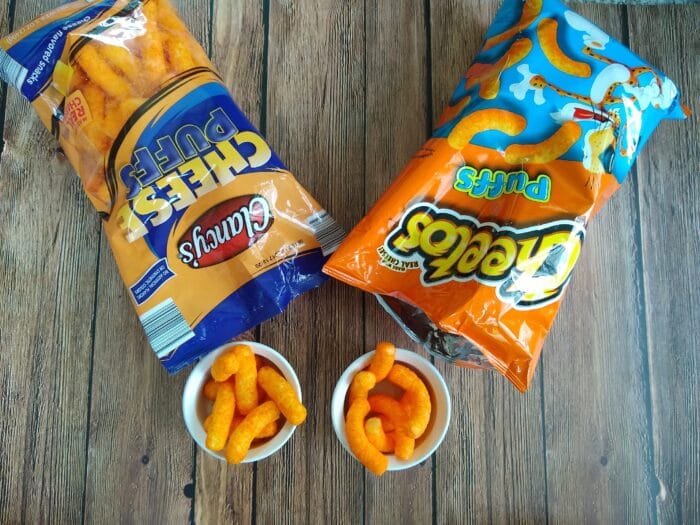 Clancy’s Cheese Puffs are a cheap cheese puff and they taste pretty good. Our testers thought Cheetos puffs were superior, but if you’re looking to save some money the Aldi brand isn’t a bad imitation, especially considering the price difference.