As an Aldi writer going back to 2016, one of the more impressive developments I’ve seen is the way Aldi has closed the gap with name brand products. There was a time when I just had to accept that Aldi private labels were a step below their brand name counterparts. I was trading a drop in taste for a sharper drop in price.

That’s no longer the case, at least not across the board. Not every Aldi product is on par with brand names, but a large number of them now are either indistinguishable from a name brand or pretty close. This has led some people to wonder if Aldi sources from the same places as name brands, and that may be the case. (I’m looking at you, Balance Multigrain Cereal.) But at the very least, I can say — as a writer who is not paid by Aldi — that Aldi labels have seen a noticeable improvement in quality.

It’s good enough, in fact, that some Aldi products are even finding their way onto best of lists, beating out more expensive alternatives. One of those is Clancy’s White Cheddar Cheese Popcorn, which Aldi stocks as an everyday Regular Buy. Not one to just accept such lists at face value — they can be wrong, after all — I decided to give this one a try for myself. 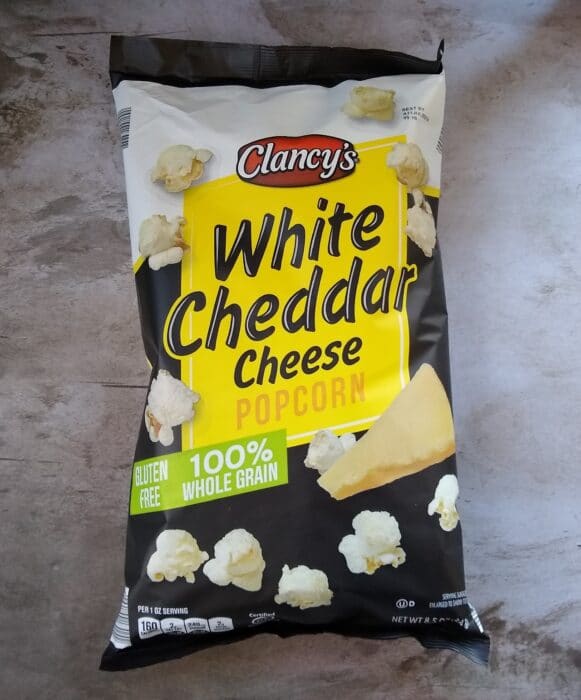 It’s also tasty. Clancy’s was a unanimous hit in my house. The cheese flavor pops like you expect white cheddar to, and it’s a generous amount of cheddar on top of the popcorn. As an added bonus, the bag opens up with little fuss and the popcorn inside was mostly intact … something that is not always a given with popcorn from a store.

Nutritionally, Clancy’s claims it is 100% whole grain as well as gluten-free, and the ingredients list is relatively short and mostly recognizable. It’s fairly high in fat and sodium, though, so eat it in moderation. As you would expect, it does contain milk. 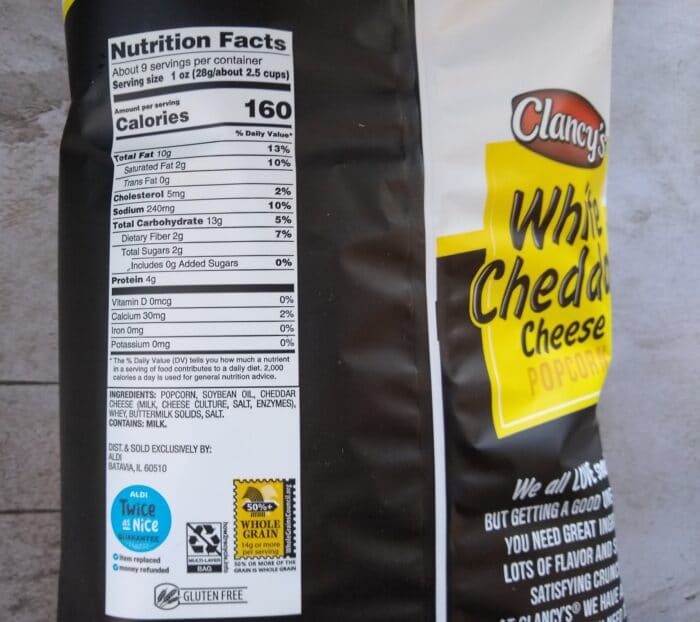 Clancy’s White Cheddar Cheese Popcorn is well-deserving of its awards. It’s a quality white cheddar cheese popcorn at an Aldi price. The biggest drawback is that it would be easy to eat too much, which is probably not ideal given the salt and fat content. But as a treat, this is definitely worth getting. Recommended.