Years ago, a friend who lived in England talked about eating Jaffa cakes. I didn’t know what they were at the time, but soon after that I spotted Jaffa cakes as a limited-time special at one of my local Aldi stores, so I got some to try. The opportunity to taste new and unique foods is one of my favorite things about shopping at Aldi. 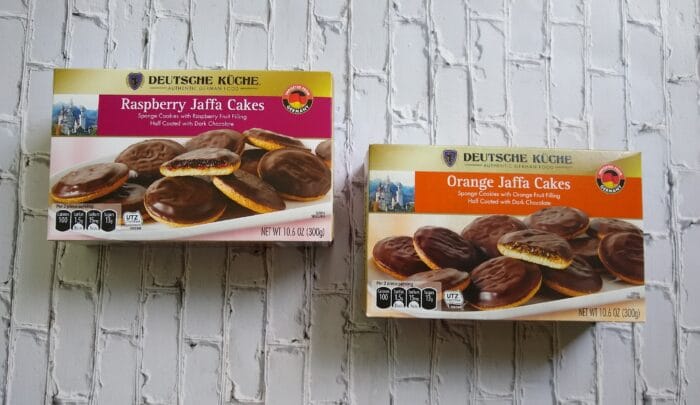 Deutsche Küche Jaffa Cakes cost $2.49 for a 10.6-ounce box and come in raspberry and orange flavors.

These Jaffa cakes are an Aldi Find, which means they’re only in stores for a short time. Aldi does not offer online ordering for its specials, so once these sell out at your local store, they’re gone for a few months until the next time Aldi sells German products. 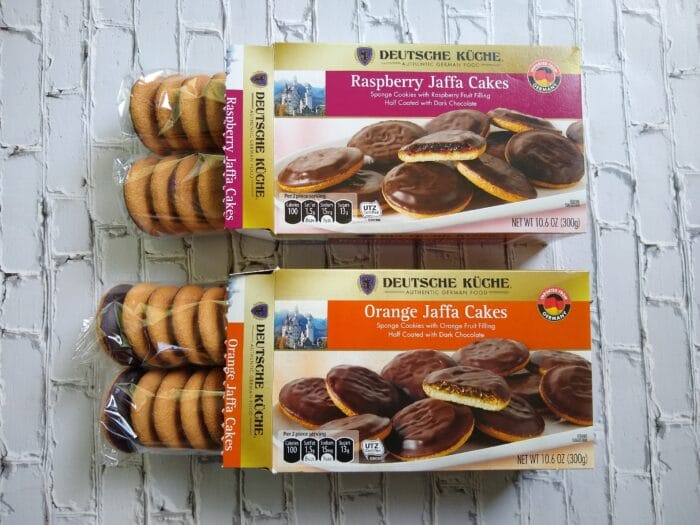 These are marketed under the Aldi house brand Deutsche Küche, which is reserved for products that are from Germany or inspired by Germany. These Jaffa cakes are indeed imported from Germany. What’s interesting, though, is that Jaffa cakes did not originate in Germany. Instead, they were first developed by the British snack food company McVitie and Price — now called McVitie’s — in 1927.

The Aldi Jaffa cake boxes state that these treats consist of sponge cookies with a jelly-like fruit filling, and the tops of the cookies are covered with dark chocolate. While these look like cookies (or biscuits, as they call them in the United Kingdom), they really have a cake-like base. That has prompted debate over the years as to whether Jaffa cakes are biscuits or cake, with real financial implications because in the U.K. cakes are considered a staple food while biscuits are deemed a luxury and therefore consumers must pay a value added tax (VAT) on them. McVitie’s was involved in a VAT tribunal in 1991 in which they argued the sweet is a cake, and they won. 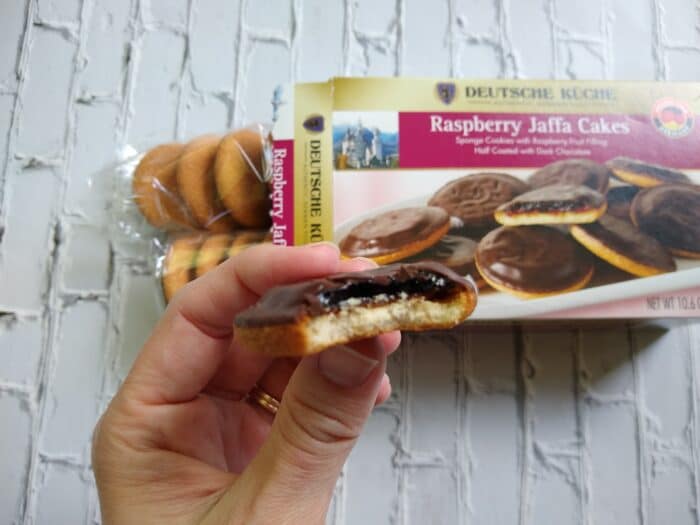 These are made with UTZ certified cocoa that promotes “sustainable farming and better opportunities for farmers.” 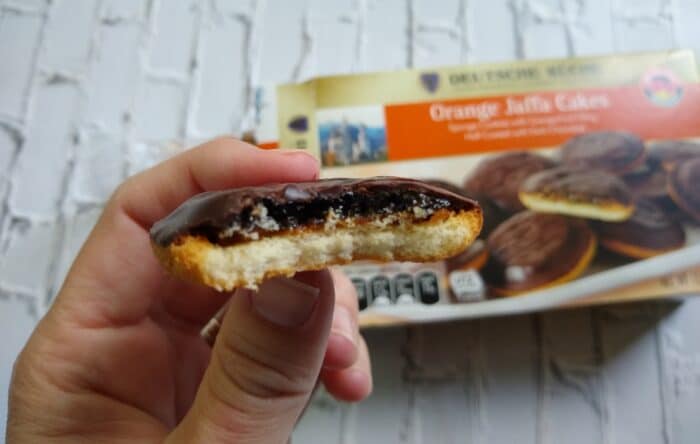 Ingredients include sugar, glucose syrup, water, wheat flour, chocolate liquor, eggs, and palm fat. The full ingredients lists can be viewed in the photos below. 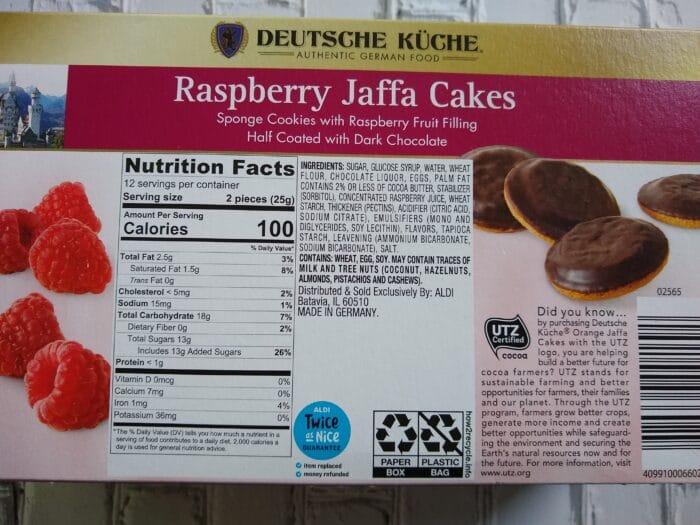 If you’re watching out for allergens, these contain wheat, egg, and soy. They may contain traces of milk and tree nuts (coconut, hazelnuts, almonds, pistachios, and cashews. 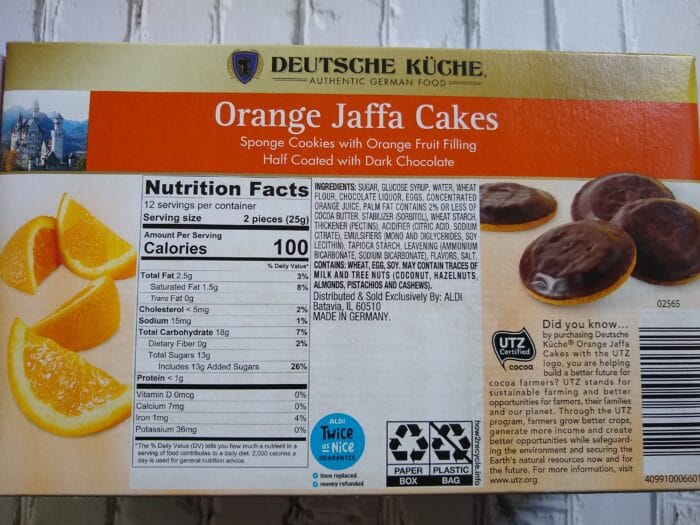 Most of my family members really like these Jaffa cakes, but one person who doesn’t care for other jelly-filled foods (like jelly-filled doughnuts) didn’t care for these as much. For those of us who like these, we preferred the raspberry flavor a little more than the orange flavor, but they’re both good. It’s a matter of personal taste and whether you like foods that are sweeter or foods that have a tart zing to them.

One thing is sure: if you like British food and culture, these are well worth trying, especially as their name-brand McVitie’s counterpart was rated as the best selling cake or biscuit (cookie) in Britain a few years ago.

Deutsche Küche Jaffa Cakes consist of three layers: a sponge cookie base, a layer of fruit-flavored jam, and a layer of chocolate. These are a product of Germany, but Jaffa cakes originated from the snack food company McVitie and Price (now called McVitie’s) in Britain in the 1920s. We recommend trying these for a taste of a popular British/European sweet.