First, it’s a big deal when Advent calendars are released in the discount grocery store. That usually happens on the first Wednesday in November, which Aldi has declared National Advent Calendar Day.

Second, while the advertising hype is not quite as big, German week is a huge deal for Aldi fans. Aldi, which has its origins in Germany, sells a variety of German foods and German-inspired foods twice a year. It usually happens once in the spring and once in the fall. This is the time of year when Aldi stocks schnitzel, specialty mustards, cream cakes, indulgent cakes, strudel, cabbage and potato dishes, Jaffa cakes, spaetzle, soft pretzels, and more. The middle aisle is loaded with German treats during these two weeks each year.

One of the more popular items at Aldi during German week is peanut puffs. 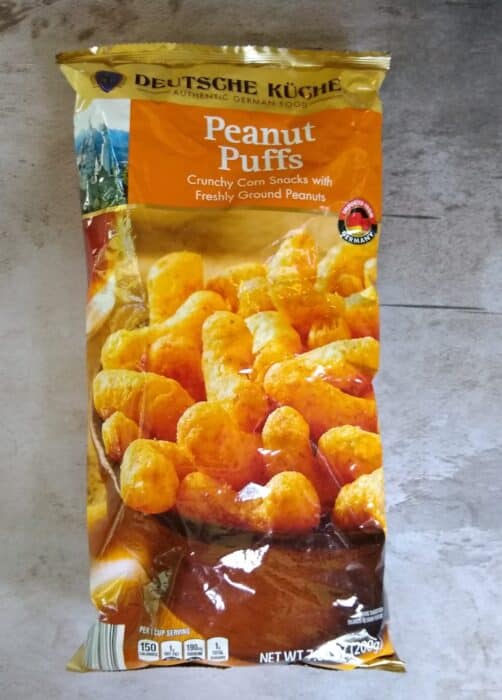 Deutsche Küche Peanut Puffs cost $1.99 for a 7.05-ounce bag at the time of publication. The package describes these as “crunchy corn snacks with freshly ground peanuts,” and they are a product of Germany.

These are an Aldi Find, which means they’re only in stores for a short time. Each store gets one shipment, and after that sells out, they’re gone until the next German week at Aldi. Aldi typically sells German food one week during the spring and one week during the fall. Aldi does not offer online ordering for products that aren’t in stock at your local store.

The ingredients list is very simple: these contain corn grits, peanuts, sunflower oil, and salt. If you’re looking out for allergens, naturally these contain peanuts. They may also contain milk and wheat. 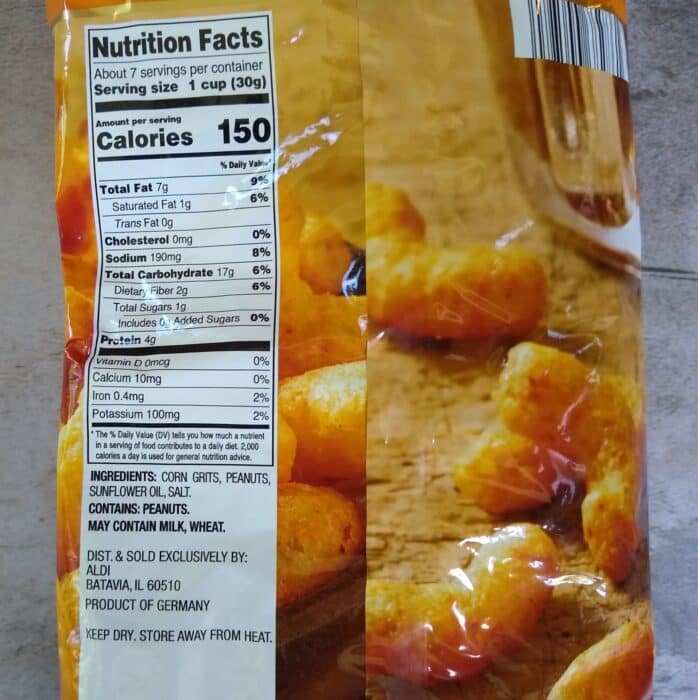 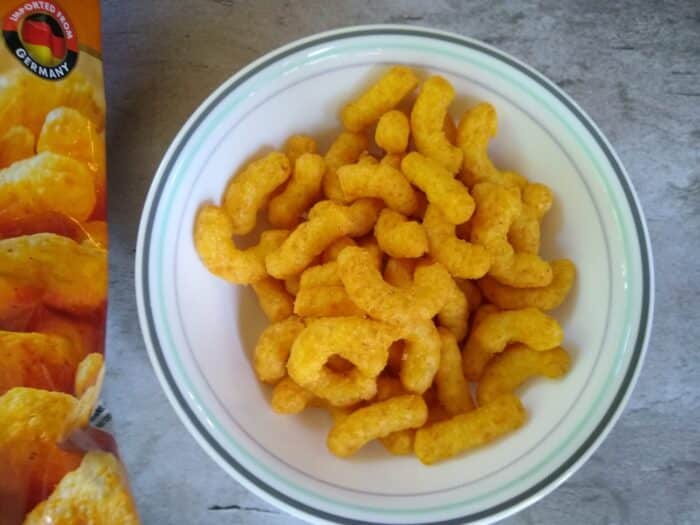 Peanut puffs are pretty unique in the realm of snack foods, at least for American palates. They remind my family of cheese puffs but with a peanut flavor instead of a cheesy flavor. They have the same light, crispy, airy texture as cheese puffs and are a good snack if you want something with some crunch. The ingredients are a lot better for you than your typical cheese puff, too.

They’re not a favorite in my household, even though some of my family members really like peanuts and eat a lot of nuts. I don’t think they’re bad, though. If you enjoy trying international snacks (I receive a gift subscription to Universal Yums every year, so that would be me), these are worth dropping in your cart during German week at Aldi.

Deutsche Küche Peanut Puffs have a texture and consistency similar to cheese puffs but with a peanut flavor instead. These are a product of Germany, have a simple ingredients list, and show up at Aldi twice a year during the store’s German week. This unique snack is something you should try at least once.