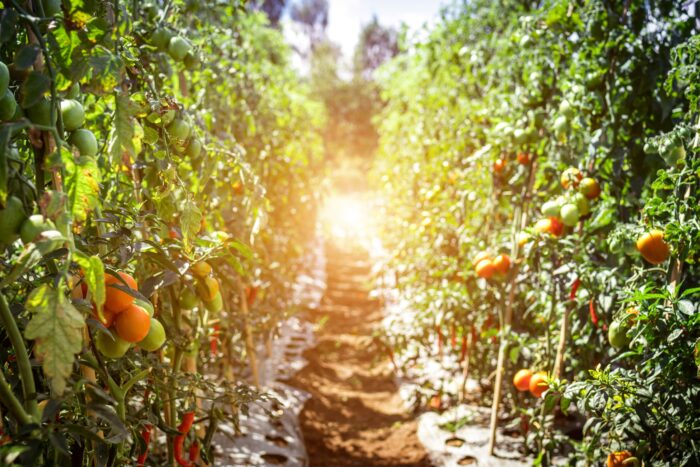 There are a handful of websites out there with the identical title “Aldi to Go Full Organic, Bans Pesticides and Rivals Whole Foods as Healthiest Grocery Store.” In addition to the identical titles the articles on these websites are pretty similar to one another in terms of their content. They’re easy enough to find in a simple Google search, and you can see specific examples here and here.

The articles were all originally written at least as far back as November of 2016, but some of them have updated time stamps to make it look like they were written more recently. Some of them show up pretty high on searches of Aldi organic foods, while others seem to go viral on social media from time to time.

The articles make a number of claims about Aldi. Let’s evaluate them one by one.

This is the claim made in the titles of most of these articles, but the articles themselves make no mention of where they learned this information or how it would happen. We searched the Aldi US press release archives and could not find anything related to a full organic claim, either in 2016 or in any other year. In early 2017, finance website Clark.com repeated some of the same claims (like before, there were no sources) but when Clark reached out to Aldi, they never heard back. A similar thing happened with the American Council on Science and Health: the site took the statement as fact (citing sources that ultimately went back to one of these similar, uncited posts) but Aldi essentially declined to respond.

Of note: while Aldi does sell some organic foods, especially among its produce section and under its Simply Nature line, it has been doing so since 2013. Moreover, Aldi has never claimed that it would be going “full organic.”

Because of that, we rate this claim as FALSE.

“As of January 1st Aldi will be removing 8 pesticides from all products on its U.S. stores shelves”

Most of the articles claim that Aldi is banning 8 pesticides, which the sites specifically name: thiamethoxam, chlorpyrifos, clothianidin, cypermethrin, deltamethrin, fipronil, imidacloprid, and sulfoxaflor. All 8 of these pesticides are currently approved for farm use by the EPA, although some of them are particularly controversial: chlorpyrifos has been a subject of debate within the EPA and a few of them have been associated with endangering the bee population.

Almost none of the articles cite a source for their information, and Aldi makes no mention of pesticides anywhere in its press releases.

The only site we could find that claims to have heard directly from Aldi is the environmentalist group Greenpeace, which in January of 2016 claimed to have received a letter from Aldi Süd out of Germany (Aldi US’s parent company), saying that Aldi in Germany “made it a requirement on January 1 for its suppliers to phase out the pesticides most harmful to bees, including some of the group of neonicotinoids.” Greenpeace went on to name the 8 pesticides above.

A couple of points here. One, Greenpeace doesn’t quote Aldi Süd at all in its post, so we have no idea exactly what this alleged letter said. Two, the alleged letter was sent from Aldi Süd in Germany to Greenpeace in Germany — there is no indication that any of the claims, if true, apply to Aldi in the United States.

Because of that, we rate this claim as INCONCLUSIVE and probably FALSE in the United States.

As before, the sites don’t bother to source where they got any of this information, but we’ve seen a lot of it elsewhere, and it’s not exactly recent information.

In October of 2015, for example, Supermarket News sat down with Aldi US, reporting that it would be removing synthetic colors, partially hydrogenated oils, and added MSG from its products. Aldi has also mentioned this in its own press releases.

We also know that Aldi has been steadily expanding its stock of organic brands, gluten-free products, and “high end” foods like quinoa and artisan cheeses. We’ve seen it firsthand in our reporting, and Aldi has, since these articles were written, officially talked about expanding its fresh foods selection.

The discussion of growth hormones in dairy is a more complicated issue — there are a lot of competing perspectives out there on those labels — but it does appear that most Aldi products at least claim to be growth hormone free.

Overall, although these bullet points aren’t exactly new news, we rate them as TRUE.

There is a lot of information on the internet, and unfortunately a lot of misinformation. While Aldi is making a lot of changes to its stores, not everything being posted online about the store is true. For that reason, it’s important to be careful about articles that make claims about Aldi without any citations or supporting evidence, especially if the site looks less than reputable.