Skip to content
Home News For Thanksgiving 2022, Aldi is Rewinding Prices Back to 2019

For Thanksgiving 2022, Aldi is Rewinding Prices Back to 2019

Inflation has been the big word of 2022. With supply chains struggling to return to pre-pandemic levels, demand has pushed prices upward worldwide, putting a strain on wallets everywhere from Argentina to Turkey. In the United States, inflation has created major challenges for retailers competing for consumer dollars while simultaneously fighting their own rising costs of operation.

Companies that can find ways to “beat” inflation stand the best chance in the market. That’s certainly true of companies that have a reputation for low prices. Aldi, indeed, has such a reputation: it’s seen as the most affordable grocery store in the United States. That’s why Aldi would seem well-positioned in an inflationary economy.

The German supermarket has decided to double down on that low-price strategy for the 2022 holiday season. In early November, the company announced that it is introducing a “price rewind” on “holiday favorites” ahead of Thanksgiving. The store claims that some items will be discounted up to 30%.

But what products? Aldi’s press release offers some hints: “Think favorites like brie cheese, prosciutto, cornbread stuffing, award-winning wines, mini quiches, fresh brown-and-serve rolls, macarons and apple pie, to name a few.” And Aldi has an initial ad that seems to tell us a little more. 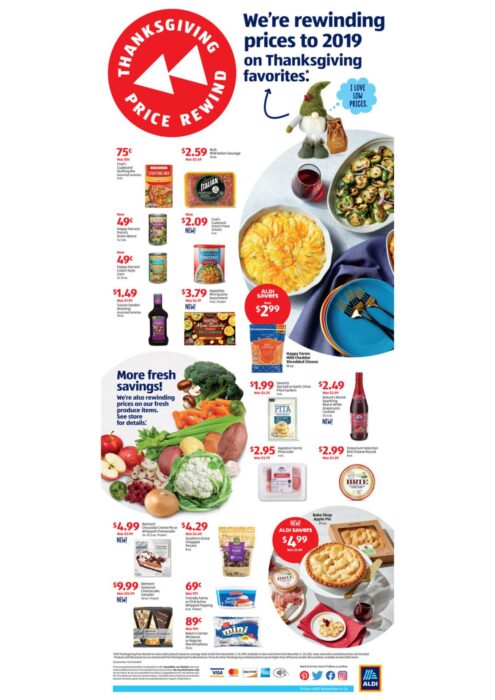 “Shoppers can look for the Thanksgiving Price Rewind icon in their local ad and throughout the store for extra savings,” the press release adds. 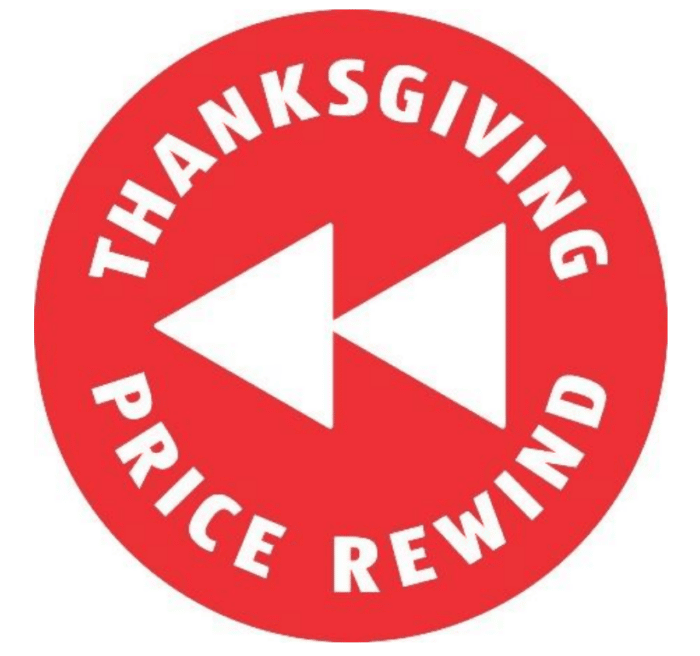 Look for this. (Credit: Aldi)

We still have plenty of questions. What staples will fall under this rewind, and which ones won’t? What about the big meats, like turkey and ham? What about potatoes? Is the initial ad the full list, or will more products appear later? We don’t know, and we won’t find out until those items start to make it onto store shelves.

We suspect that Aldi may be using some of these “rewind” products as a loss leader to get consumers into their stores. To be fair, other stores do this all the time with sales and doorbusters, and it’s an idea Aldi seems to be seizing on for this holiday season. That said, we hope that prices on “non-rewind” products remain competitive with other stores, because if they do, Aldi could make for an interesting place to stock up for the holidays this year. Stay tuned.