Pizza is one of our go-to meals on nights when we’re too busy or too tired to cook. Aldi sells several good Regular Buy pizza options, ranging from standard frozen pizzas to take and bakes, and they even sell ready to bake pizza dough if you want something that’s a little more like homemade but still faster than homemade.

Another Regular Buy pizza choice that Aldi generally stocks year round is this French bread pizza. 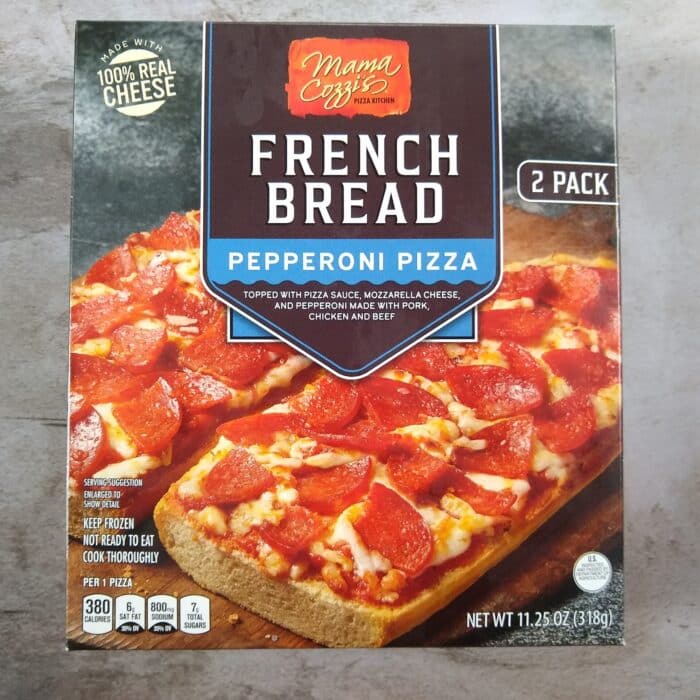 Mama Cozzi’s French Bread Pizza cost $3.49 for an 11.25-ounce package at the time of publication. The freezer case indicated that Aldi sells assorted varieties of this French bread pizza, but all I found was a pepperoni-topped version.

The package describes this as being “topped with pizza sauce, mozzarella cheese, and pepperoni made with pork, chicken and beef.” 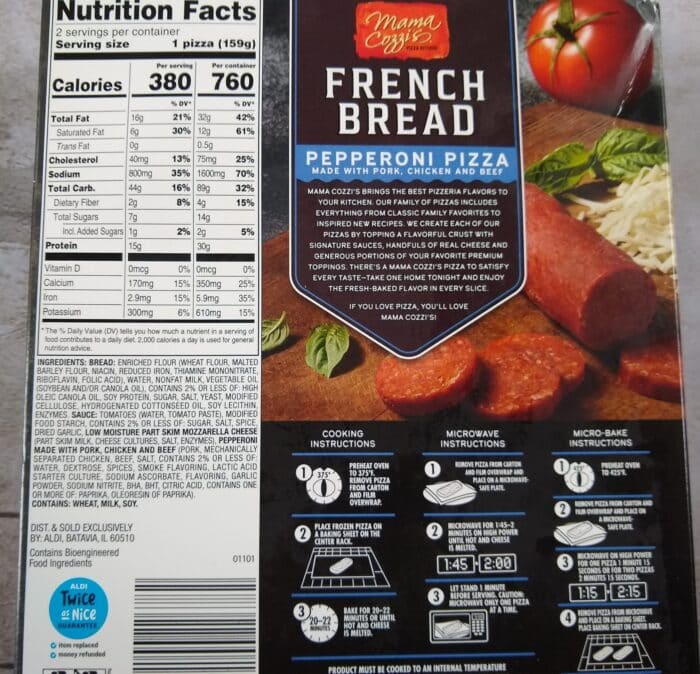 If you’re looking out for allergens, this contains wheat, milk, and soy.

This can be baked in a conventional oven, microwaved, or microbaked.

To bake in an oven, preheat the oven to 375 degrees. Remove the pizza from the carton and film overwrap. Place the frozen pizza on the center rack in the oven and bake for 20-22 minutes or until hot and cheese is melted.

To microwave, remove the pizza from the carton and film overwrap and place on a microwave-safe plate. Microwave for 1 minute and 45 seconds to 2 minutes on high power until hot and the cheese is melted. Let stand 1 minute before serving. Only one pizza can be microwaved at a time.

To microbake, preheat the oven to 425 degrees. Remove the pizza from the carton and film overwrap and place on a microwave-safe plate. Microwave on high power for 1 minute and 15 seconds for one pizza or 2 minutes and 15 seconds for two pizzas. Remove pizza from microwave and place on a baking sheet. Place baking sheet on the center rack in the oven and bake for 8-10 minutes or until hot and cheese is melted. 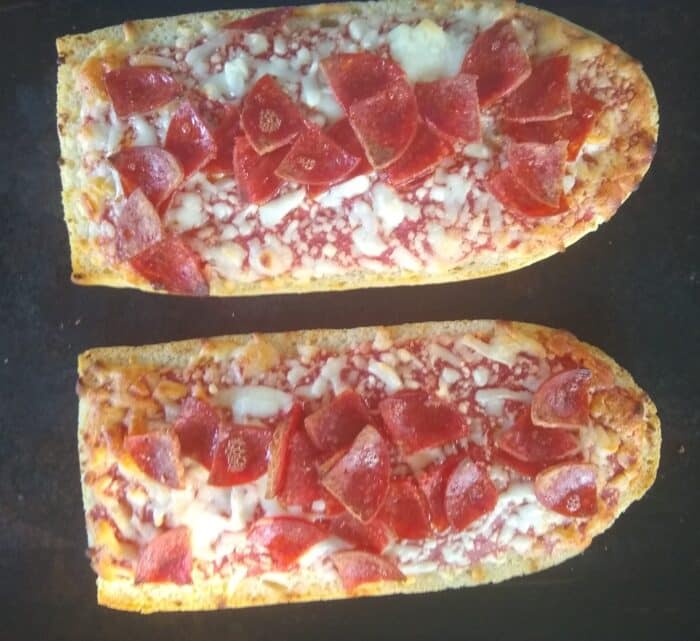 These little pizzas were done in my oven after about 21 minutes. They were a hit in my household and didn’t last long. The French bread base is lightly crisp on the outside and soft on the inside, while the sauce and toppings are flavorful. If you want something that is a little different from a traditional frozen pizza, and if you don’t mind all the carbs, this is worth a try. 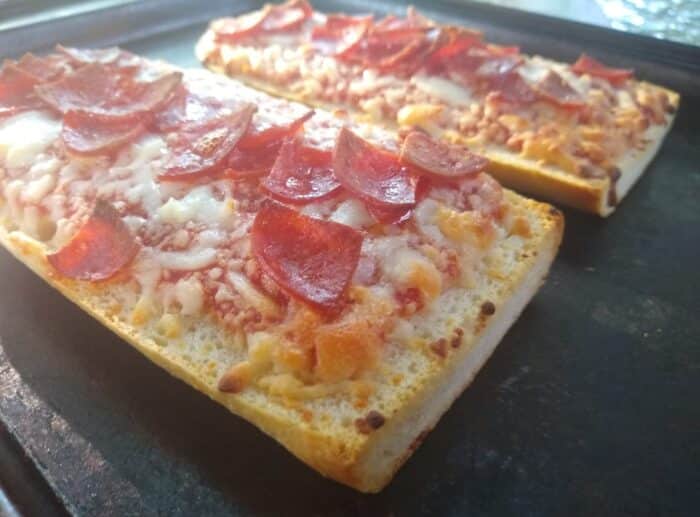 Mama Cozzi’s French Bread Pizza is a fun variation on a regular pizza. It’s easy to bake in the oven and comes out crisp on the outside and soft on the inside, and the toppings are tasty. One package doesn’t contain many servings, but it’s a neat way to change up pizza night.