Cheerios are, arguably, the most iconic of cereals. They date back to 1941, just months before the United States entered World War II. Since then, General Mills has introduced a number of variations on them, including the popular Honey Nut Cheerios, advertising the line with some famous faces over the years.

Like most cereals, Cheerios has spawned its imitators. However, where generic versions of other cereals might be able to impersonate the name brand, knock-off Cheerios never seem to taste quite like the original.

That hasn’t stopped Aldi — a company with name brand knockoffs of just about everything — from trying. 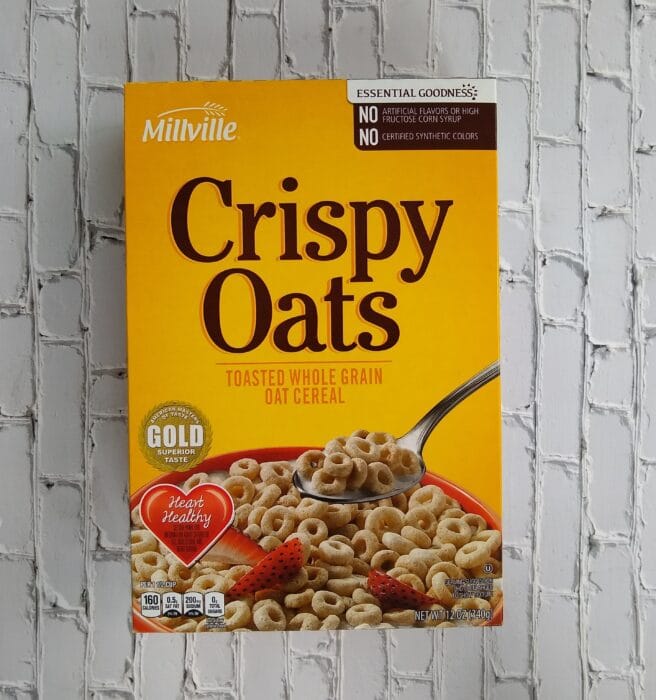 Millville Crispy Oats are an Aldi Regular Buy, which means they can be found in stores every day. Aldi sells both a regular version and a honey nut version. The regular version costs $1.09 for a 12-ounce box. That’s 9 cents an ounce, compared to the 20 cents an ounce I’ve seen Cheerios go for.

Nutritionally, Aldi toasted oats are similar to Cheerios, with similar amounts of fat, sodium, and carbohydrates. Like Cheerios, Millville Crispy Oats do have some nutritional perks, including a fair amount of dietary fiber and more vitamins and minerals than you see in many other breakfast cereals. Better still, there are no sugars in these Crispy Oats. 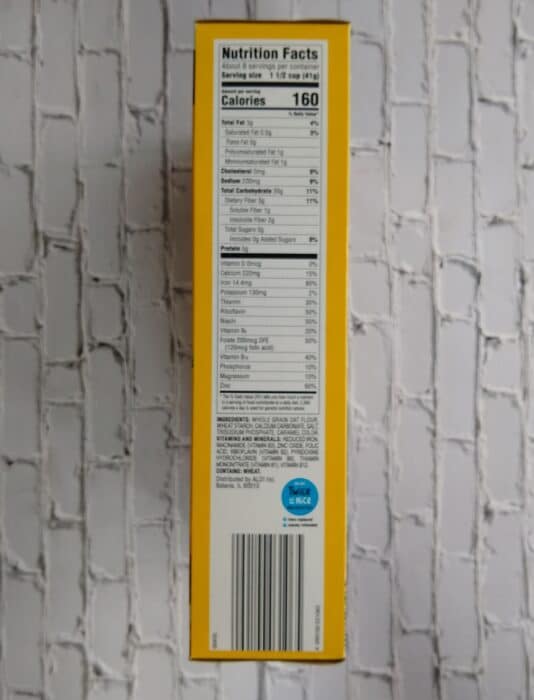 The most important question is, do they taste like Cheerios? No. No, they don’t. They’re not bad, and they’re definitely good for you, but they’re not Cheerios. As I said earlier, no one seems to be able to imitate Cheerios, and Aldi is no different. The Millville Honey Nut Oats perhaps come a little closer, but neither of them will be mistaken for the original.

Aldi does a lot of name brand cereals well, and they certainly make a gamely attempt here. But these aren’t Cheerios. If getting that authentic Cheerios taste is top priority, just get the name brand. But if you want something cheaper that’s not Cheerios but still okay, these are okay.