I’m a huge fan of Cheez-Its. Whether we’re having a family gathering or are just relaxing at home, chances are there is a box in the pantry. I have really gotten into the extra toasty Cheez-Its because of their unique flavor.

I’ve always wondered what imitations there were out there. Then, as I was walking through the snack foods aisle at Aldi, what did I happen to see but Aldi Cheez-Its. 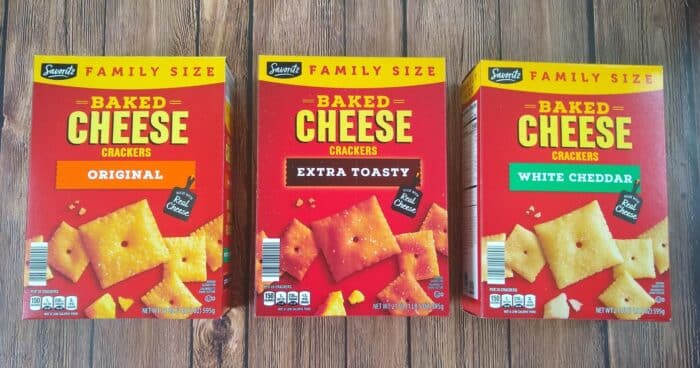 Savoritz Baked Cheese Crackers are a Regular Buy, which means you can find them in stores all the time. At the time of this post, they cost $3.29 for a 21-ounce family sized box, or about 15.6 cents an ounce. I didn’t see any sizes but that.

There are three flavors: original, extra toasty, and white cheddar. I tried all three. 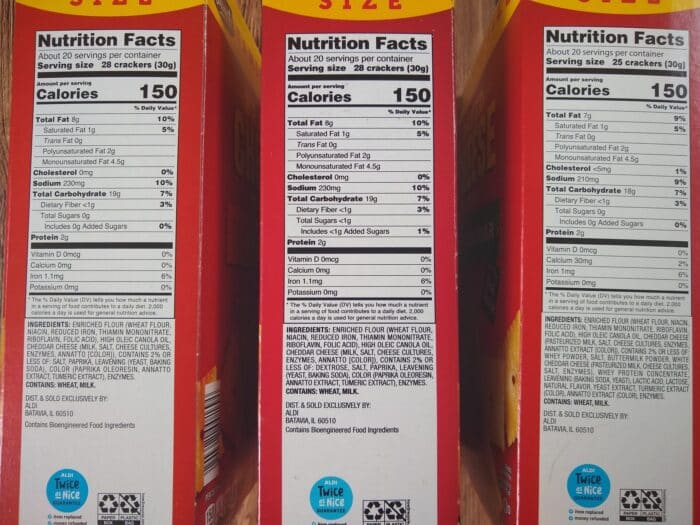 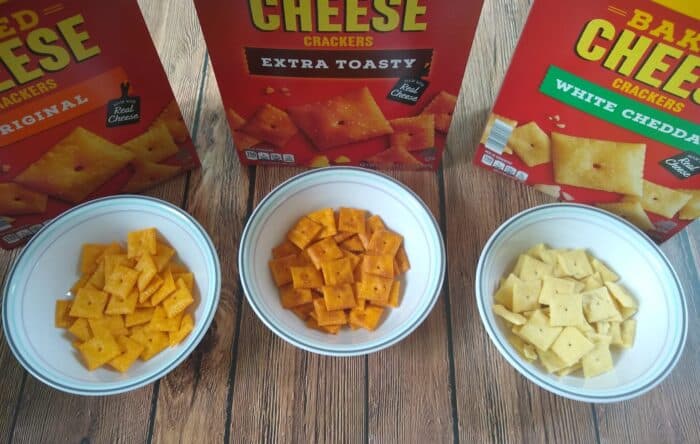 As usual with Aldi knockoffs, the boxes shamelessly resemble their name brand counterparts.

The Original Cheez-its are by far the most popular. They have a classic recognizable flavor, and while the Savoritz crackers maintain the flavor, it isn’t identical. I actually feel like these crackers may have more flavor to them than the original Cheez-its. These may be the new ones I end up getting in place of Cheez-its, both because of the flavor and price.

After discovering the Extra Toasty Cheez-its, they’ve become my go-to snack food. So I was pretty exited to see how the knockoffs held up. And just like the Savoritz Originals, I felt like these had a tad more of the “toasty flavor” the box advertises. The differences on all of these aren’t extreme, but if you had both brands in front of you and tried one from each box, you might notice the subtle differences.

This was the only flavor I was new to. But I enjoyed it. These were the messiest, with cheese powder coating the crackers, but they weren’t bad. I can’t really compare them to the name brand versions, since I’ve never tried them, but the Savoritz versions were solid. The rest of my family thought they were their favorite, and this was the first box to empty out.

The Savoritz Baked Cheese Crackers are a fun Aldi knockoff to try, both because they’re cheaper, and because the flavor is there. I would like to find a smaller box size that isn’t family sized, but other than that, I have no complaints.