If you’ve ever been to an outdoor attraction, like a zoo, an amusement park, or a fair, there’s a good chance you’ve seen a stand selling little plastic containers of something called Italian ice. Italian ice is a fruit- or flavor-based dessert. It has a consistency all its own: it’s harder than shaved ice or snow cones, for example. It’s also different than sherbet or ice cream in that it doesn’t contain eggs or milk.

Some grocers will sell Italian ice, especially during the summer months when cold desserts are in style. Aldi is such a grocer. 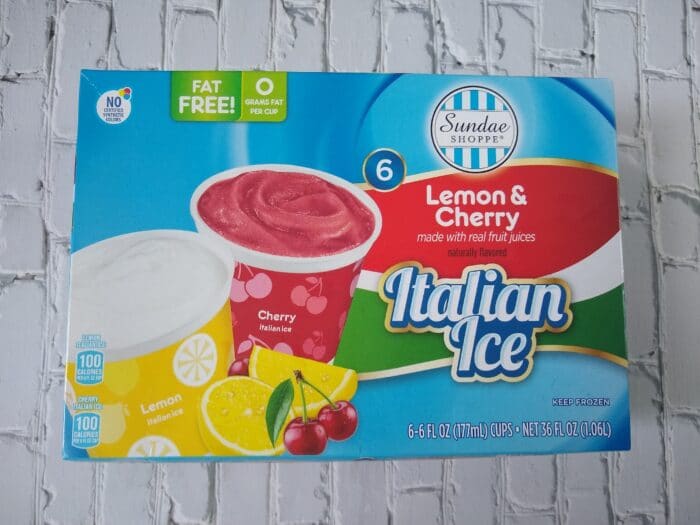 Sundae Shoppe Lemon and Cherry Italian Ice is a Seasonal Favorite, which means it’s only in stores for part of the year. Unlike Aldi Finds, a Seasonal Favorite is restocked for a while, but not forever. As you would expect, you can find Italian ice in your local Aldi store during the summer months. We bought and tried out the dessert in June.

At the time of this post, a box cost $2.29. Each box comes with 6 cups — 3 lemon, 3 cherry — and each cup is 6 ounces. That equals about 6.4 cents an ounce. In my experience, you can easily spend at least $3 for one similar-sized cup of the stuff at the local zoo, and even at my local Walmart they run about 8 cents an ounce. That makes the Aldi version a good deal.

As advertised, they come in little plastic tubs with pull tab lids. The only thing you need to eat them is a spoon (not included). 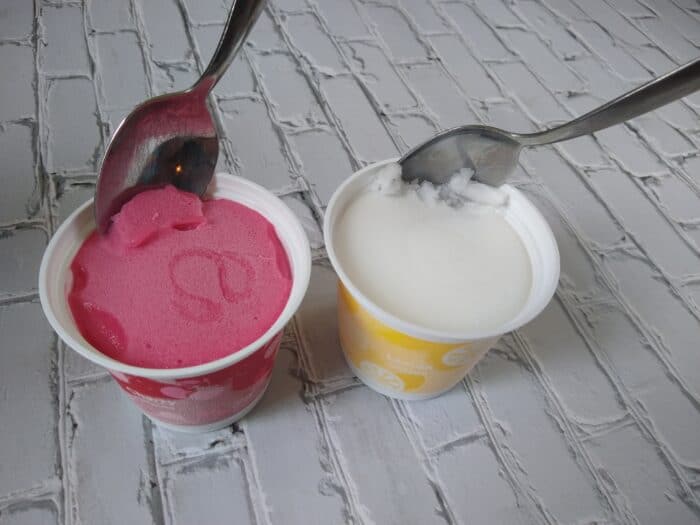 We liked both of the flavors. The cherry is sweet and smooth, shaving off the top with each push of the spoon. The lemon is tart and also smooth. We thought the cherry texture was maybe a little softer and smoother — the lemon had a flakier ice texture — but for the most part they’re pretty similar. And both are, in our view, as good as what we’ve had elsewhere. 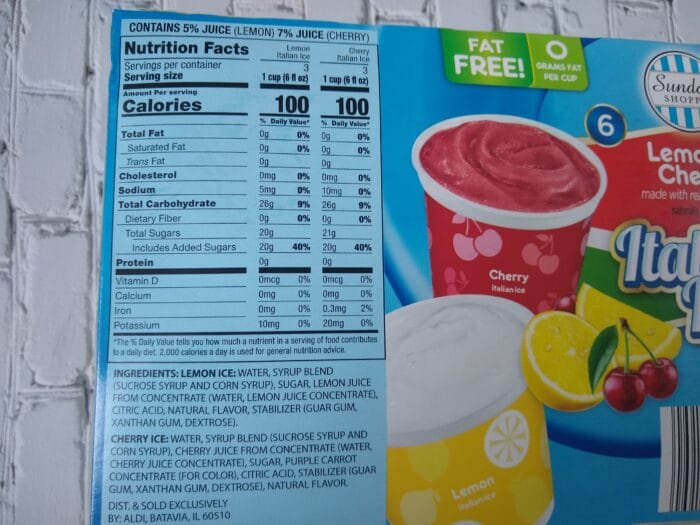 We were impressed by how well Sundae Shoppe Italian Ice resembles the more expensive version we see at local attractions and in other stores. Both the lemon and cherry have a quality taste and texture, and are great for beating the summer heat.