A key part of any Indian meal such as tikka masala or butter chicken is naan. This is a stretchy, chewy bread baked in a clay tandoor oven, and it’s perfect for tearing into pieces and scooping up meat and sopping up sauce. Aldi sells naan in its baked goods section that is pretty good, but Aldi’s cousin, Trader Joe’s, also sells its own version of this special Indian bread. 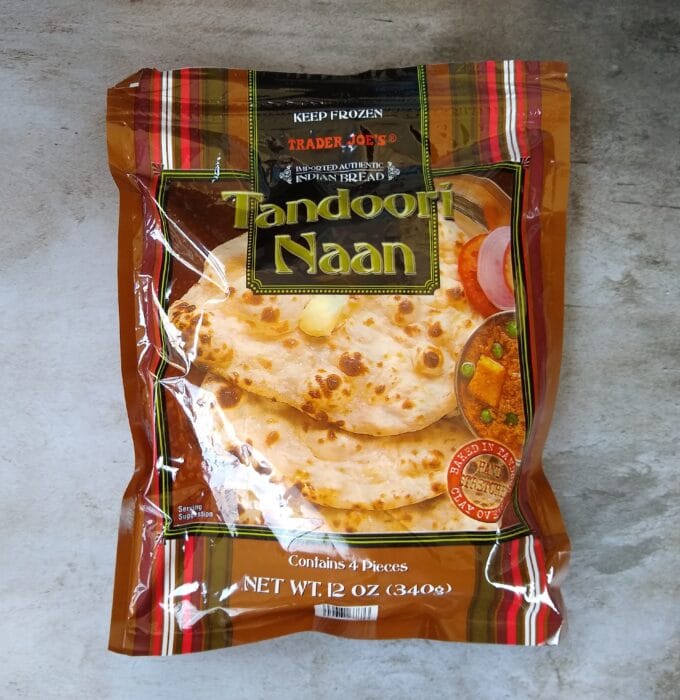 Trader Joe’s Tandoori Naan cost $1.99 for a 12-ounce package at the time of writing.

This is a product of India and is sold frozen. One bag contains four pieces of naan, or four servings.

If you’re avoiding allergens, this contains wheat and milk. 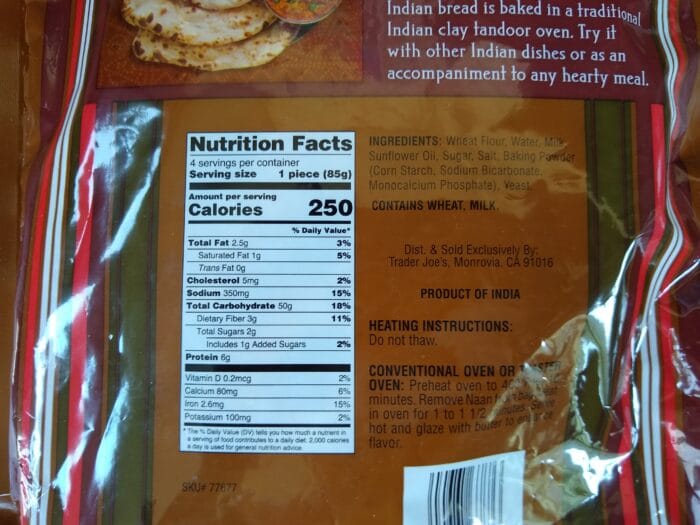 This naan should not be thawed before heating. Simply preheat your oven or toaster oven to 400 degrees Fahrenheit. Then remove the naan from the bag, place it in a single layer on a baking sheet, and heat in the oven for 1 to 1 1/2 minutes. Serve hot and glaze with butter to enhance flavor. 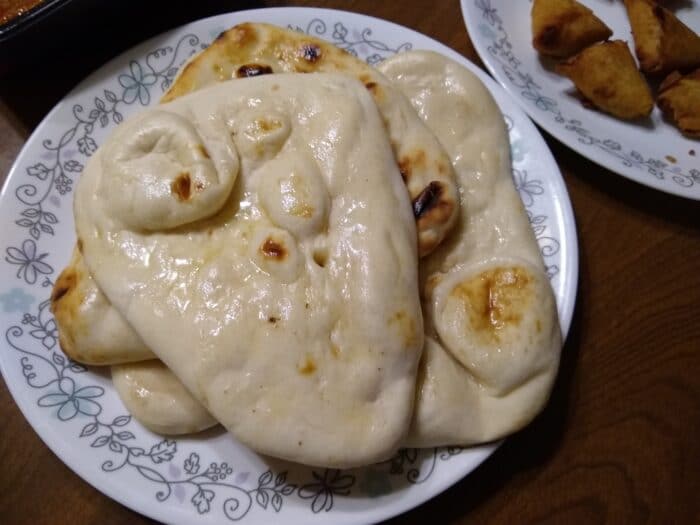 Hot, glazed with butter, and ready to eat.

I heated this naan in conventional oven. It’s quick and easy. I’ve never added butter to baked naan before, but I melted some and brushed it over this bread, and it added some nice extra flavor. (Just keep napkins on hand for greasy fingers.) This tasted similar to the naan I regularly purchase from Aldi for our Indian dinner nights. It’s chewy and soft and is perfect for scooping and sopping up sauce while eating butter chicken or tikka masala.

Trader Joe’s Tandoori Naan is soft and chewy and makes a great accompaniment to any Indian meal. Recommended.