Aldi has done it again. The discount grocer is known for rotating whimsical ice cream treats into its freezer aisle from time to time. Past frozen concoctions have included snowflake cones, strawberries and cream rose cones, galactic cones and unicorn cones, and reindeer, snowman, and Christmas tree ice pops. These are all produced by Leone, a frozen dessert maker in Slovenia that is a subsidiary of Incom, which supplies various retailers including Aldi as well as Aldi’s competitor Lidl.

The most recent confection from Leone to come along to Aldi is an array of dessert bars that look like glazed donuts. They were available in chocolate and vanilla varieties or in strawberry. I bought all of them to try. 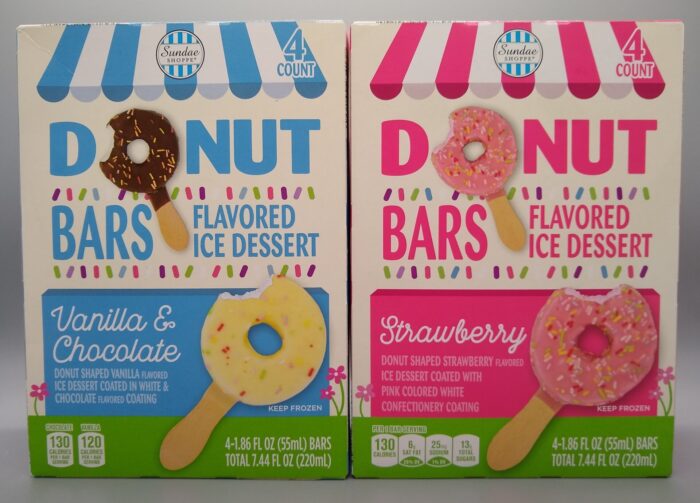 Sundae Shoppe Donut Bars Flavored Ice Desserts cost $2.99 for a 7.44-ounce box at the time of publication. They’re available in Vanilla & Chocolate or Strawberry, and each box contains four 1.86-ounce bars. That comes out to about 75 cents per bar. As mentioned above, they’re a product of Slovenia, where Leone is based.

These are an Aldi Find, which means they’re only in stores for a short time. Aldi does not offer online ordering for its specials after they’ve sold out at your local store, so if you want these and you spot them at Aldi, don’t delay.

If you’re watching out for allergens, all of the flavors contain milk and wheat. They may contain soy, peanuts, and tree nuts. 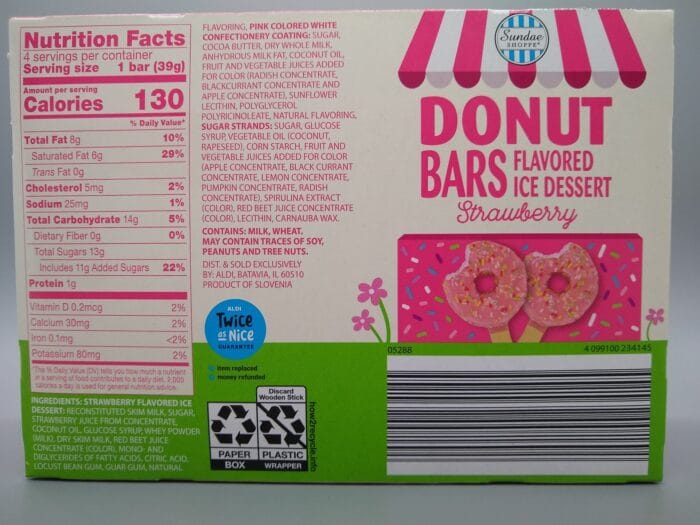 My family is never disappointed with Leone frozen desserts, and these donut bars are as tasty and cute as anything we’ve had from the company. The outer chocolate or white chocolate coating is crisp, with slight crunchy bits, while the inside is smooth and creamy. 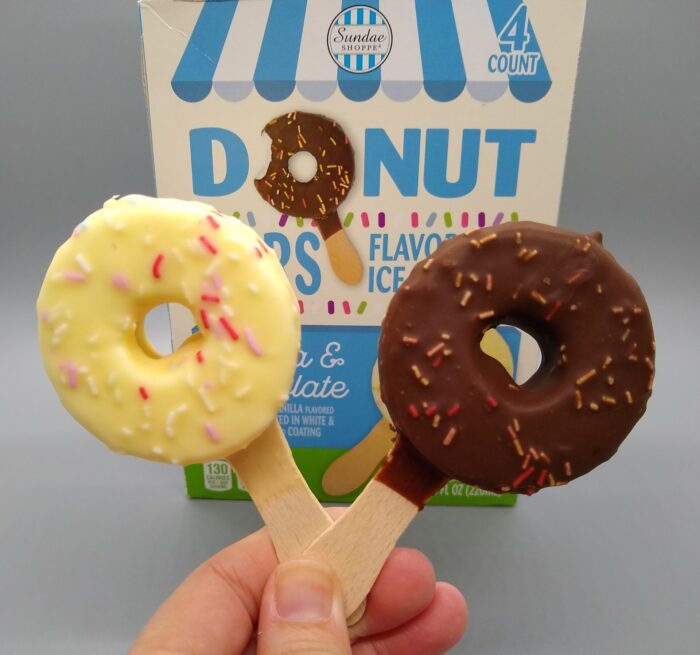 These donut bars are not proper ice cream. That’s why they’re called “ice desserts” instead of ice cream. That probably has to do with them either not having enough milkfat (ice cream must contain at least 10% milkfat) or having a lot of air whipped into them, which gives them a lighter consistency. 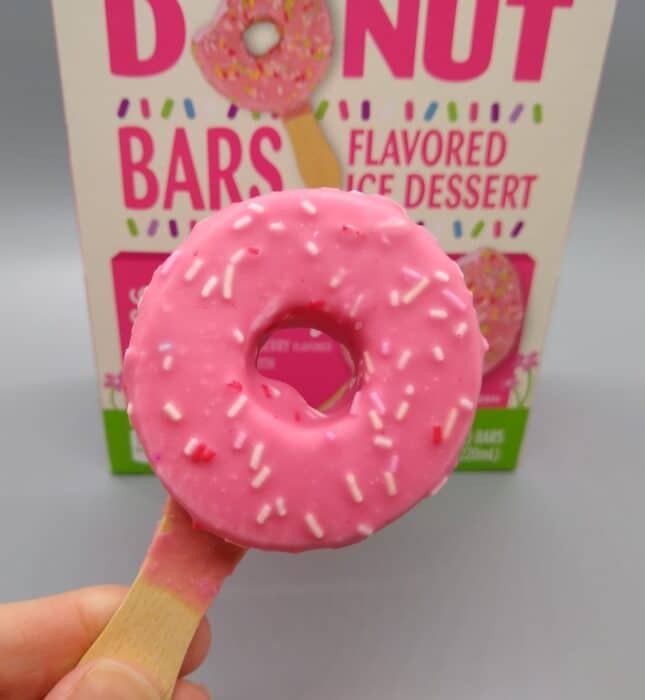 Still, these are a nice treat. Our only minor complaint is that these are not very large, but neither are some of the other frozen bars from the same company, so it’s perhaps not a surprise. Anyway, at 120 to 130 calories per donut bar, perhaps that’s for the better.

Sundae Shoppe Donut Bars Flavored Ice Dessert comes in your choice of strawberry bars or a mixed box of chocolate and vanilla bars. They make for a fun indulgence. They’re made in Slovenia by Leone, which frequently supplies Aldi with whimsical frozen desserts, and we’ve pretty much come to expect that anything from Leone is going to be good. These donut bars live up to our expectations.