Peanuts are native to the Americas. Emerging perhaps two thousand years ago in South America, they would eventually make their way north. Their popularity in the United States took off during and after the Civil War, first among the war’s soldiers and later among the crowds of post-Civil War amusement. Hot roasted peanuts became popular fare in late-19th century baseball games and circuses.

Honey roasted peanuts came more recently, thanks to processes developed in the 1980s. They quickly gained a cult following of their own. In the late 20th century, it wasn’t uncommon to see small complementary packages of peanuts given out on airline flights.

Peanuts today — most of the time roasted — are a popular snack food. Whether shelled or in a plastic jar, you can find peanuts in most grocery stores. (They’re also still a hit at baseball stadiums.) Trader Joe’s, Aldi’s distant cousin, sells a few varieties of peanuts, including these honey roasted ones. 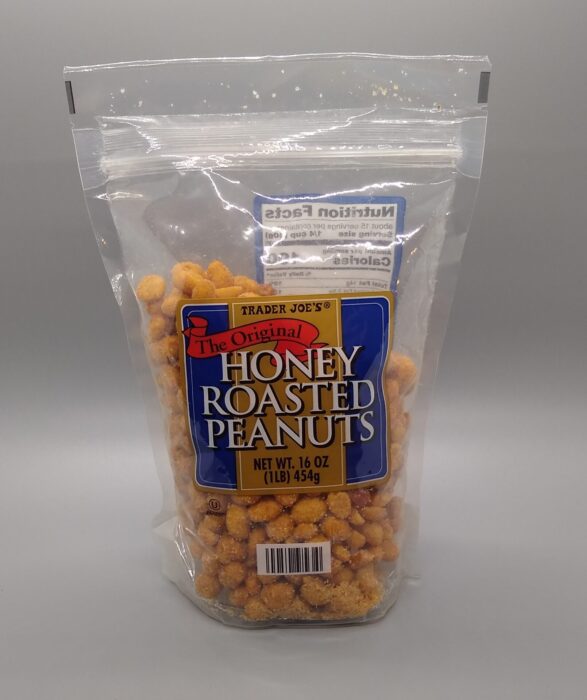 Trader Joe’s Honey Roasted Peanuts can be found among the other nuts at the store. At the time of this post, the peanuts come in a 16-ounce resealable bag and cost $2.99, or about 19 cents an ounce. That looks pretty middle-of-the-road compared to other options out there; it’s less than most name brand options (unless you buy large containers) but costs more than most generic options. 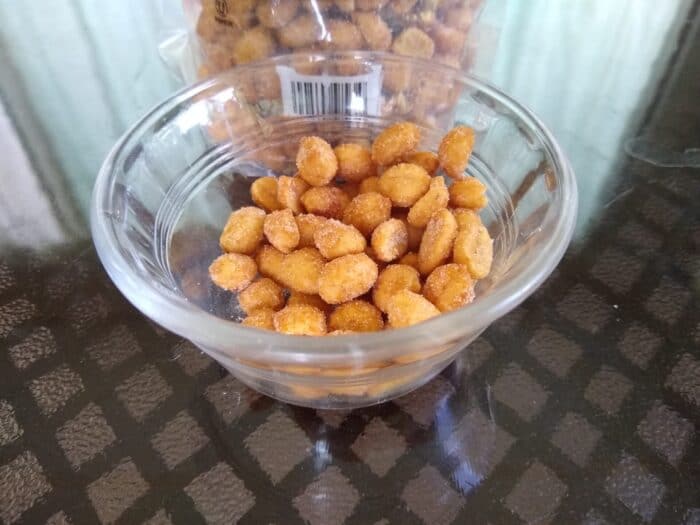 I liked these. They’re both salty and sweet, with a nice but not overbearing amount of glaze. The peanuts themselves are crunchy and flavorful. The total combination comes together quite well, making for a tasty snack.

Nutritionally, these are about what you’d expect from peanuts. While peanuts do have health benefits, they also have a fair amount of saturated fat. In addition, these honey roasted ones have a few grams of added sugar.

If allergens are a concern, there are several possible ones here. In addition to the obvious one, peanuts, these may also contain milk, egg, soy, wheat, almond, brazil nut, cashew, coconut, hazelnut, macadamia nut, pecan, pine nut, pistachio, and walnut. 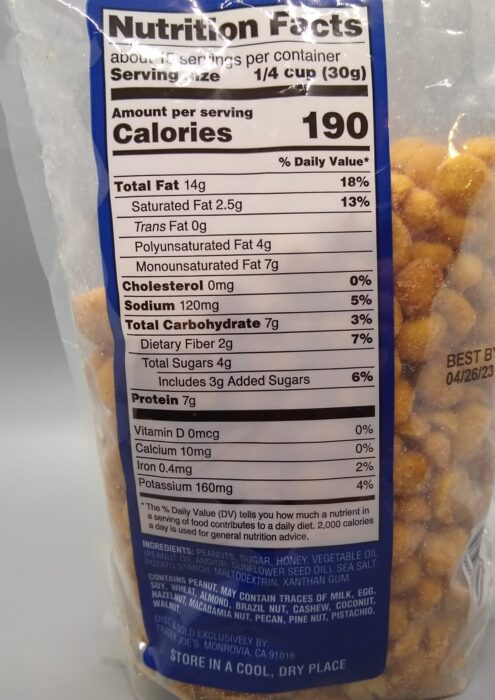 Trader Joe’s Honey Roasted Peanuts are a nice snack. They have a balanced taste, a solid texture, and are reasonably priced. Worth a look.