Ramen soup enjoys a strange and mysterious place in American food lore. It’s a little exotic, but it’s also arguably one of the cheapest meals you can get. Appropriate to its mystique, no one is quite certain where ramen came from. The most likely theory is that it was brought to Japan from China in the late 1800s or early 1900s.

The soup, a simple mix of noodles and broth, would become popular in the 20th century thanks to the development of instant ramen, which allowed for the mass production of soups you can make at home. If you’ve ever lived on a budget (I’m looking at you, impoverished full-time college students), you’ve no doubt dropped one of those bricks of dried noodles into boiling water at some point.

You can find ramen just about everywhere, including most grocery stores and dollar stores. Many stores, including Aldi, stock name brands like Maruchan, a company that produces more than 3 1/2 billion packages of ramen every year. A few stores, though, also make their own brand of ramen, including Aldi’s distant cousin. 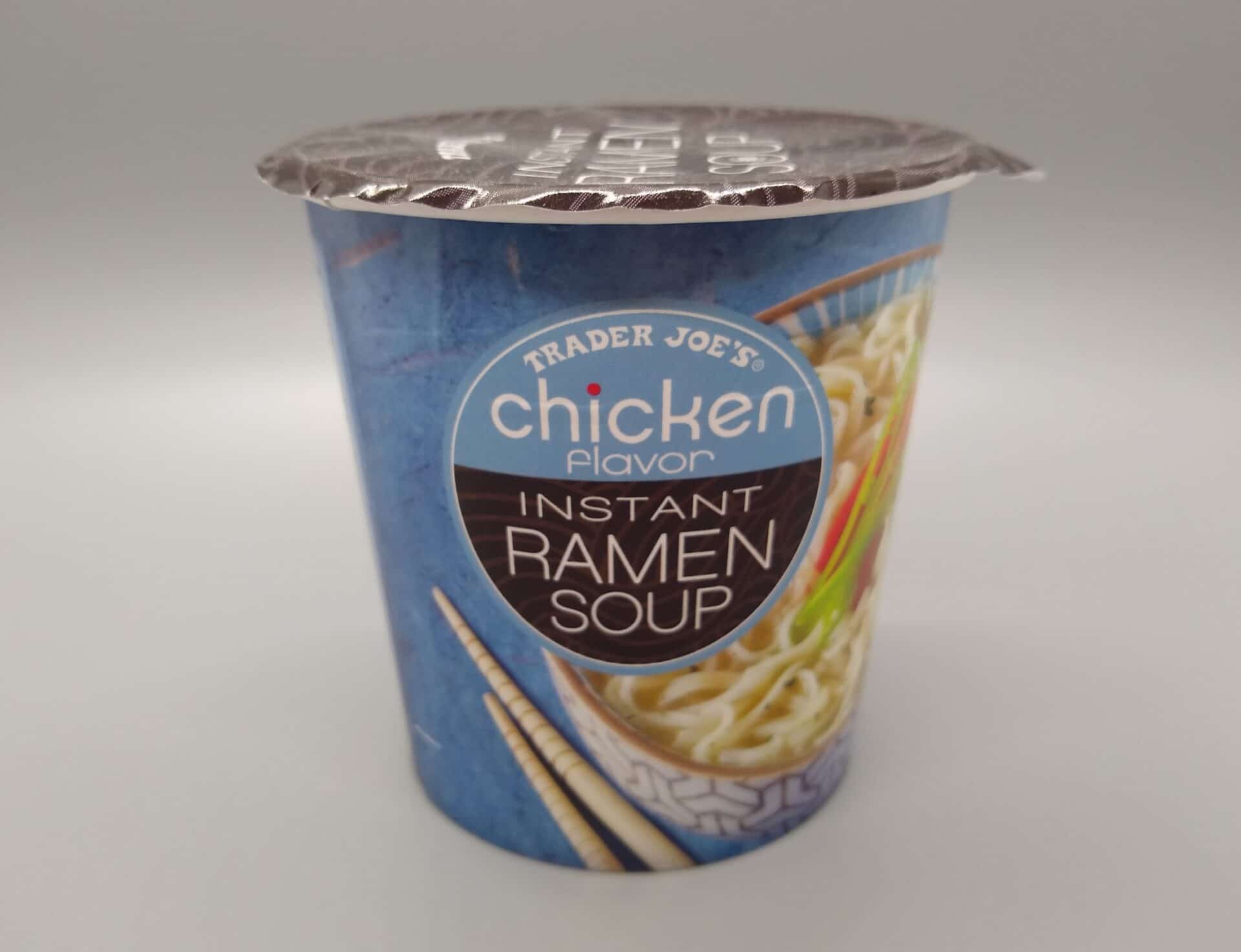 Trader Joe’s Instant Ramen Soup is a TJ’s staple, and can be found on the dry goods shelf. I found both miso and chicken flavors in my store; I decided to try the chicken flavor.

One container of Trader Joe’s ramen, which measures 1.5 ounces, currently costs $1.69. That comes out to about $1.12 per ounce, which is a lot more expensive than your average ramen. For comparison, the Maruchan bricks currently cost about 8 cents each at Walmart, while Nissin instant bowls run closer to 25 cents an ounce. TJ’s isn’t always as expensive as its upscale branding would have you believe, but in this case, it’s expensive. 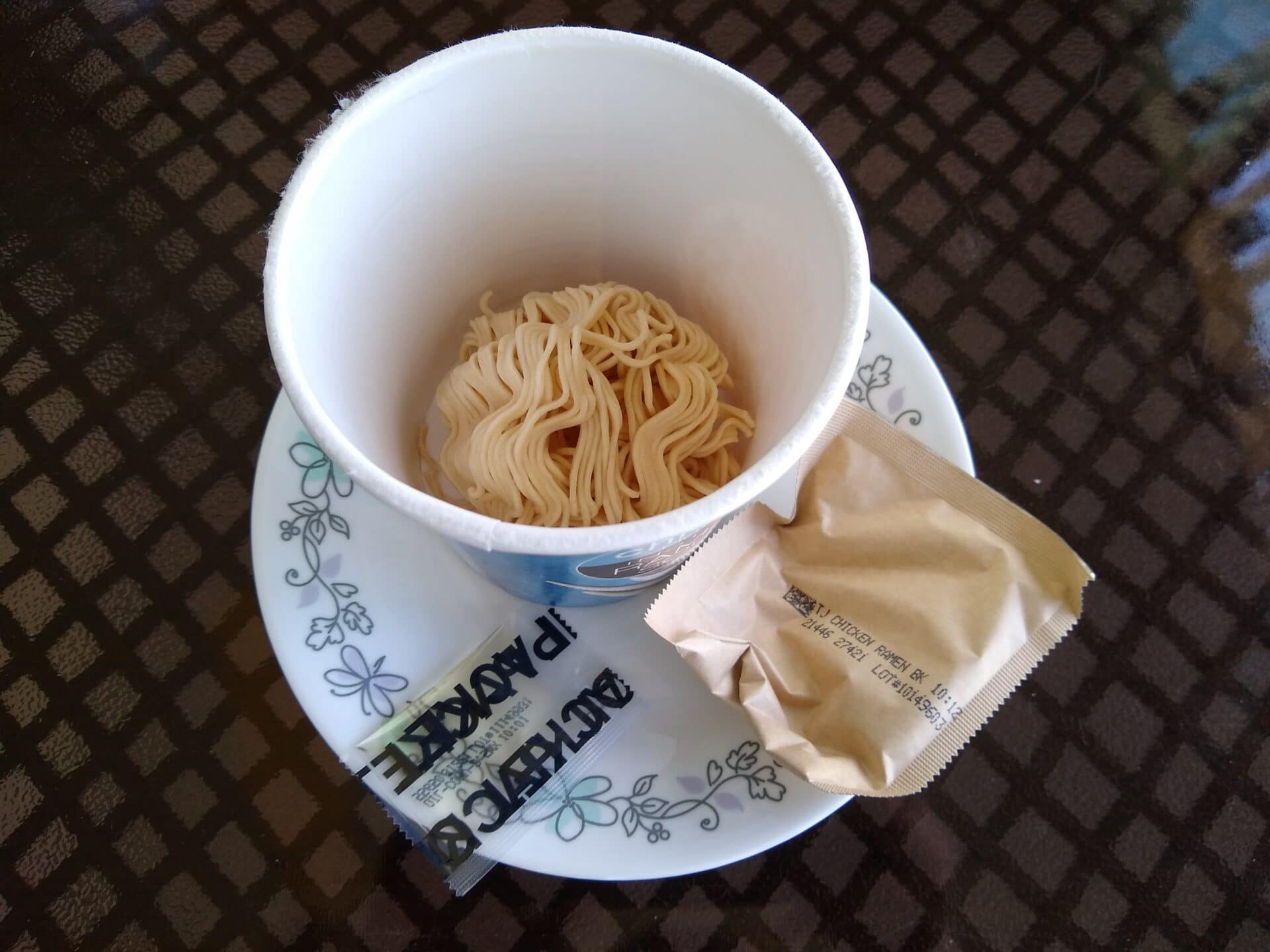 Like most instant ramen, cooking the Trader Joe’s version is easy, and it can be cooked either by adding boiling water or heating it in the microwave.

To cook in the microwave, you remove the lid and pour the contents from the seasoning and oil packets into the cup. Then you add room temperature water to the fill line. Next, microwave on high to a rapid boil, which the instructions say comes out to about 1 minute and 30 seconds. Then you stir gently, cover tightly, and let it stand for 6 minutes. Then you stir again until the seasoning is completely dissolved.

The instructions warn that the container in both cases will be hot.

I went with the boiling water approach, putting my Aldi glass electric kettle to use.

We tried the ramen and found it to be pretty bland. The noodles, while fine on texture, are lacking in flavor, and the broth is no better. It has less taste to it than any ramen I’ve ever had, which is honestly a surprise, given how good TJ’s foods often are.

Nutritionally, this ramen — like pretty much all ramen — is loaded with carbs and sodium. (Another surprise given the relative lack of taste.) It also contains soy and wheat for those with allergen concerns. 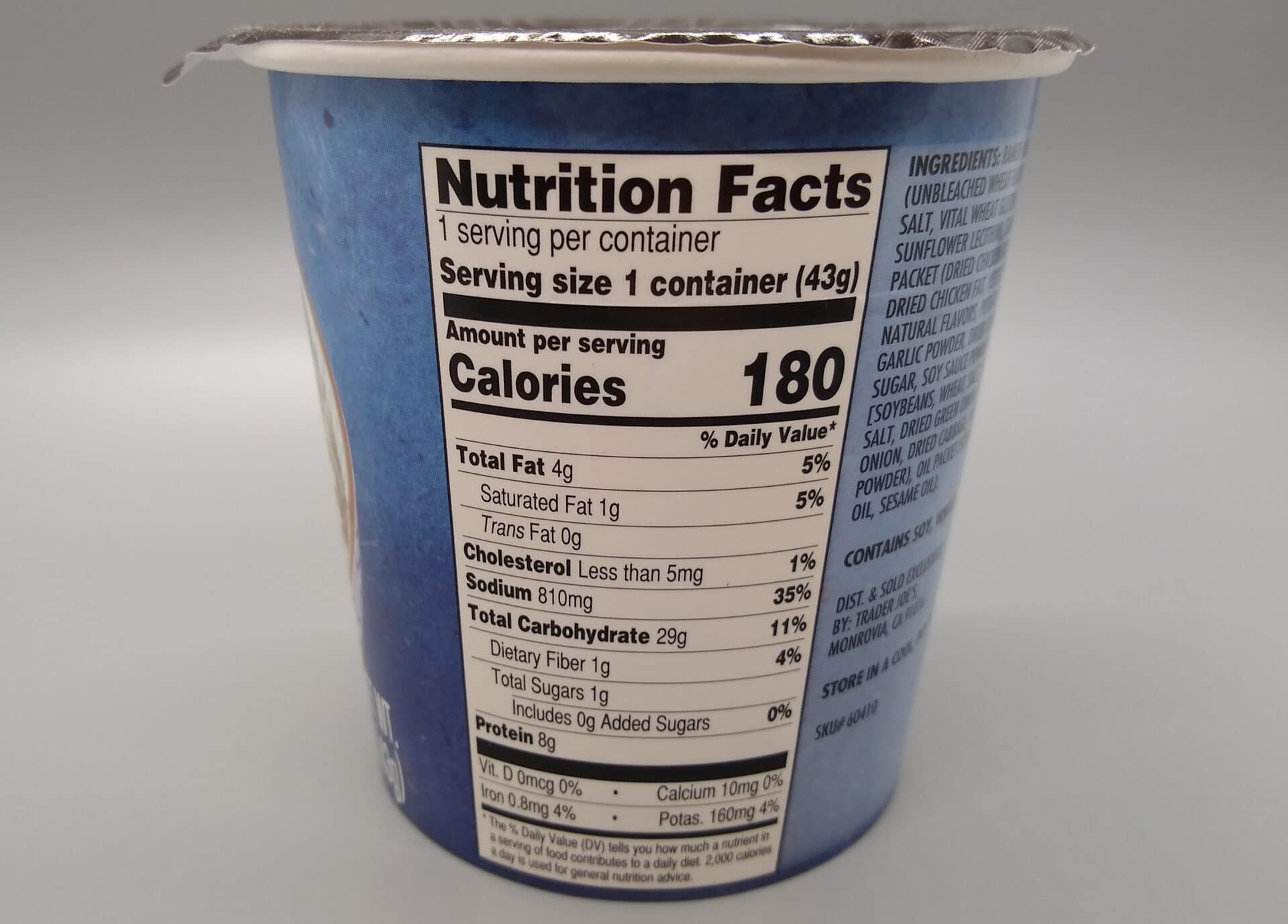 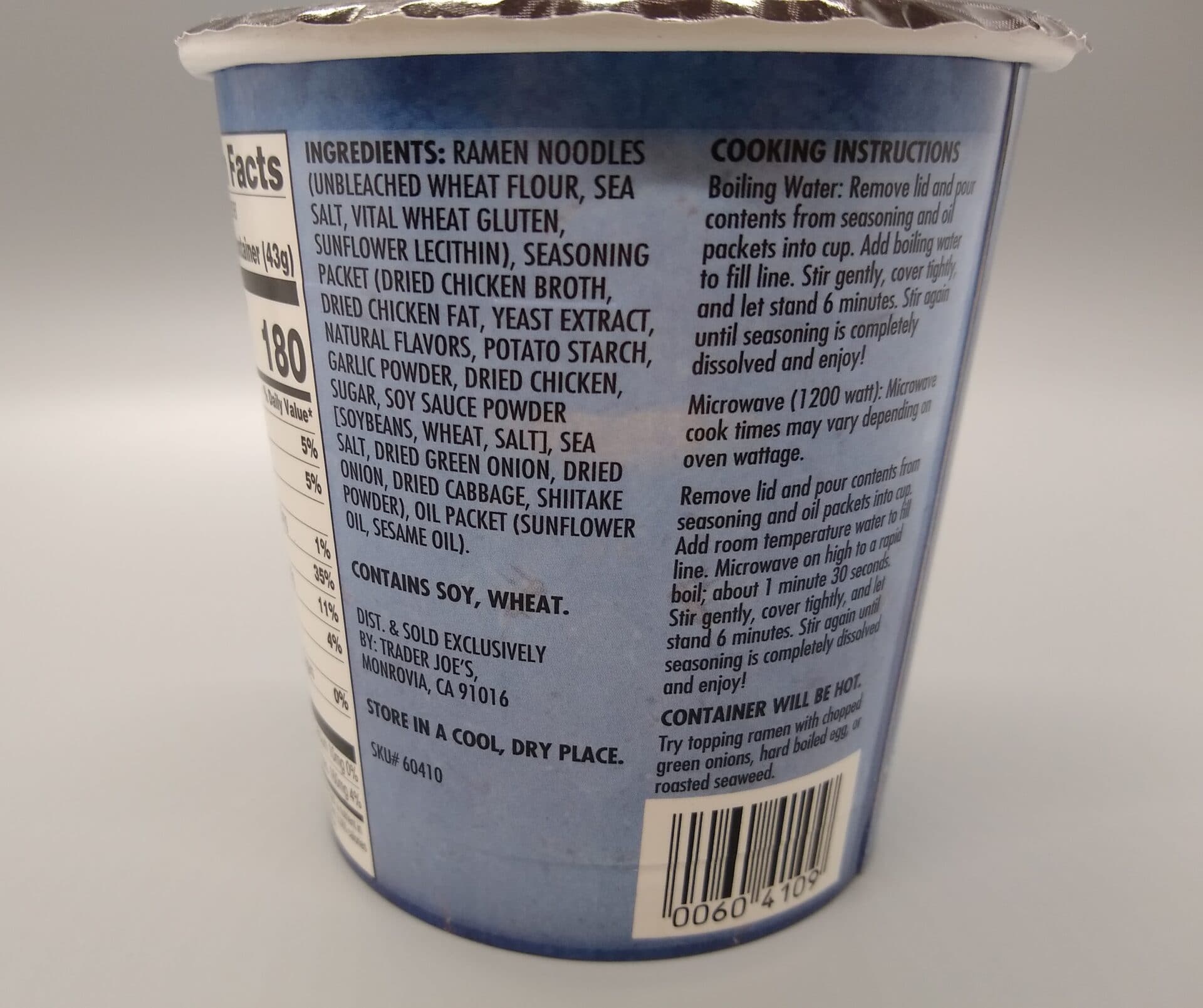 Trader Joe’s Instant Ramen Soup is one of the pricier ramen options out there. That would be fine if it was a superior ramen, but we can’t say we were impressed. The noodles and broth both don’t offer much in the way of flavor, even compared to budget brands. We won’t be getting this again.