I grew up on tomato soup. I’ve found it to be a superb comfort food, especially for those times when it’s cold. I especially like combining tomato soup with a grilled cheese sandwich. Most of the time, I get my tomato soup out of a can, such as Campbell’s tomato soup or the Aldi equivalent. When I saw that Aldi’s distant cousin Trader Joe’s had its own version of tomato soup, I decided to give it a try. 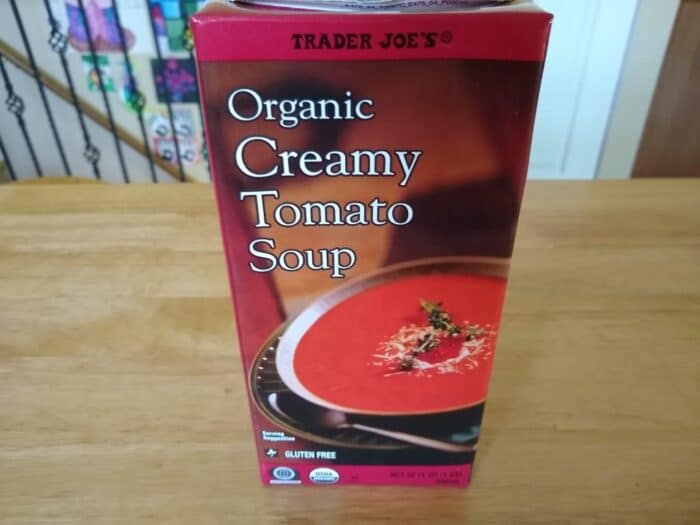 Trader Joe’s Creamy Organic Tomato Soup can be found stored at room temperature on the shelves at Trader Joe’s. It comes in a 32-ounce cardboard-type box with a plastic cap and costs $2.69.

Heating it isn’t hard, at least in theory. You first shake the carton well, then unscrew the cap, pour the desired amount in a saucepan for stove top preparation, or pour it into a microwave-safe dish if you’re preparing it in the microwave, and then heat to the desired temperature. Anything you don’t heat you should store in the refrigerator, and use within 7-10 days of opening.

We noticed that we had trouble getting all of the soup out of the box, even after squeezing it. We had to cut open the box to get the last couple of ounces out. 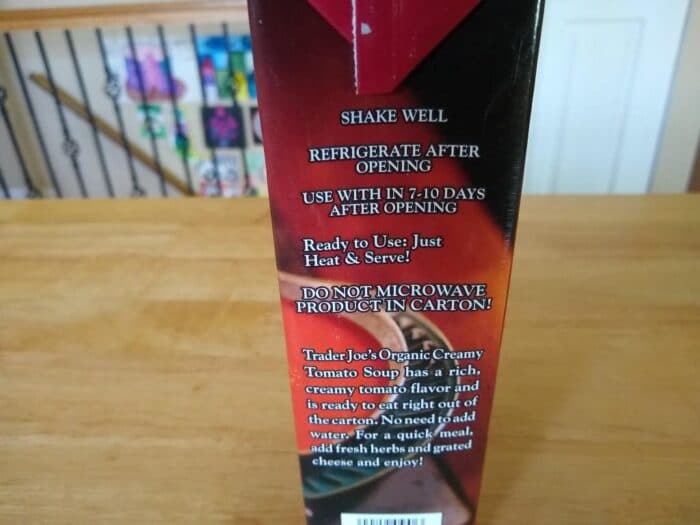 It tastes pretty good. It does taste different than the canned tomato soups we usually eat, but it’s good — just different. It’s thick and creamy and has a little bit of sweetness to go with the salty tomato base. It pairs well with grilled cheese and I especially liked adding saltine or soda crackers. 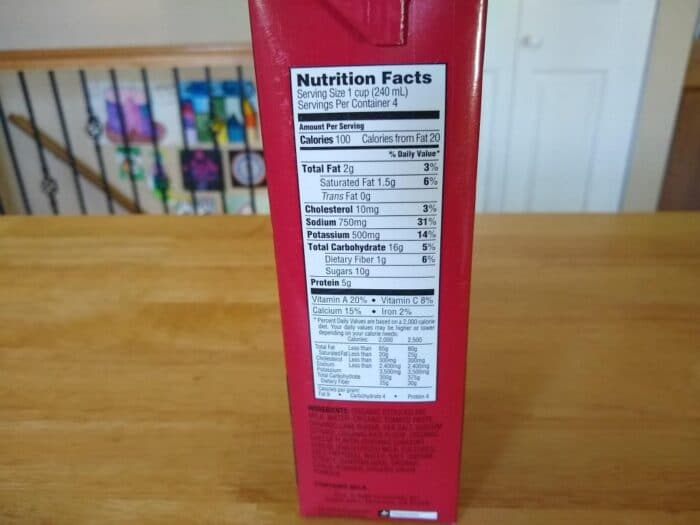 It tastes a little different than canned soup and the box takes a little effort to empty, but this is nevertheless a quality soup that is generally superior to its canned soup counterparts. Better still, it’s gluten-free.