Aldi’s cousin Trader Joe’s has a pretty nice selection of baked goods. Aside from traditional bread and rolls, their chocolate and vanilla sheet cakes are legendary, as is their kringle. I recently decided to try some flatbread from TJ’s, and I picked it up specifically to serve with Trader Joe’s Chicken Shawarma. 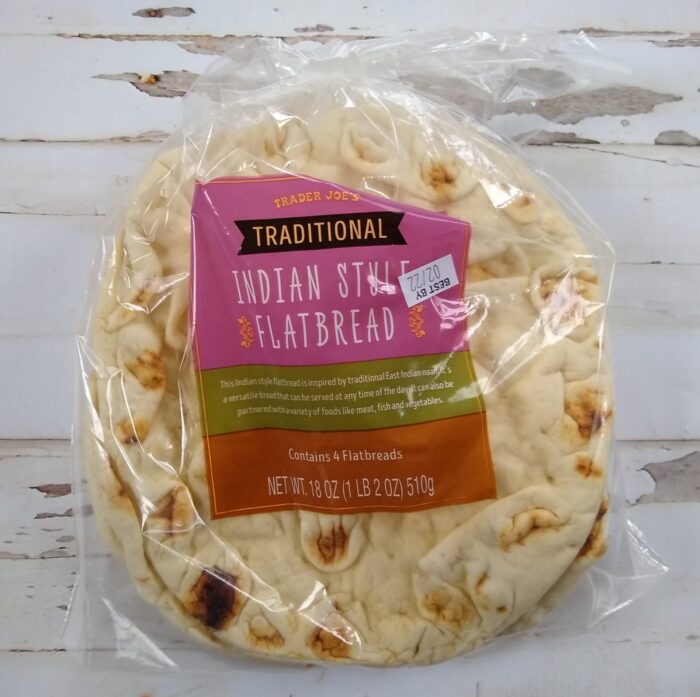 Trader Joe’s Traditional Indian Style Flatbread cost $3.69 at the time of publication for an 18-ounce package that contains four flatbreads. That comes out to about 93 cents per flatbread. You can get naan for less at Aldi, but the Trader Joe’s version is decently priced.

This Indian style flatbread is inspired by traditional East Indian naan. It’s a versatile bread that can be served at any time of the day. It can also be partnered with a variety of foods like meat, fish and vegetables.

If you’re looking out for allergens, this contains wheat and soy. 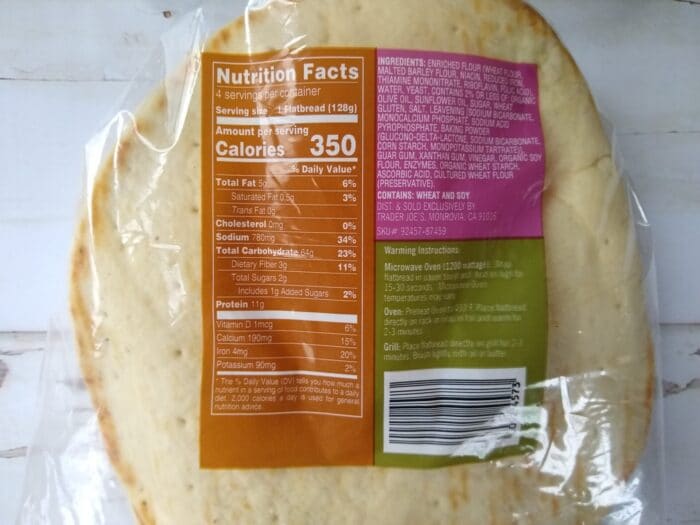 The directions for heating the flatbread were a bit light or smeared on the package I bought, making them somewhat hard to read. The flatbread can be heated in the oven, in the microwave, or on the grill.

To heat in the oven, preheat the oven to 400 degrees. Place the flatbread directly on the rack or wrap in foil and bake for 2-3 minutes.

To microwave, place the flatbread in a paper towel and heat on high for 15-30 seconds.

To grill, place flatbread directly on the grill for 2-3 minutes. Brush lightly with butter. 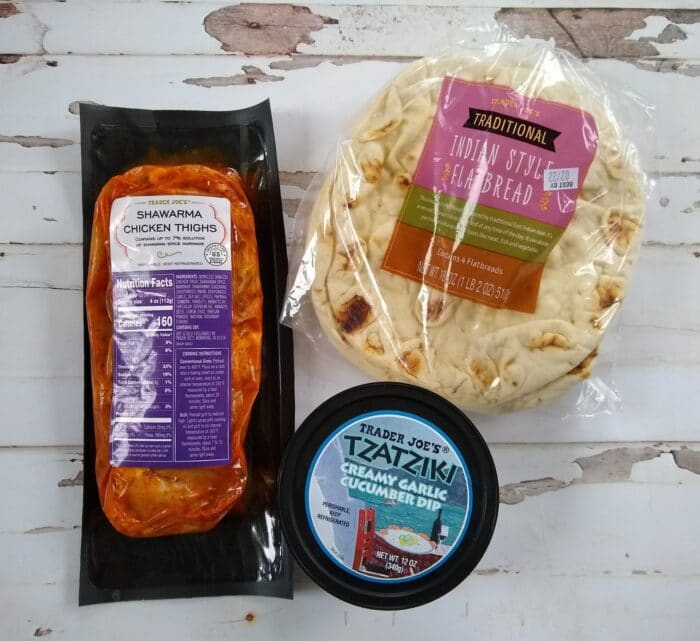 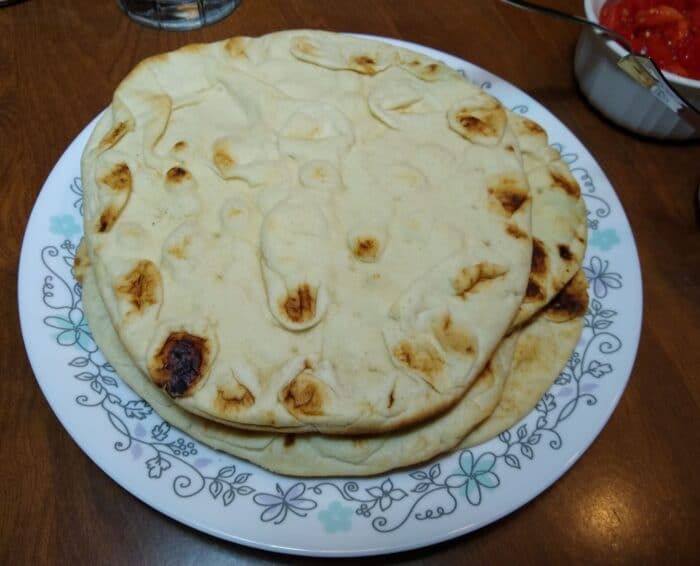 Flatbread after a few minutes on the oven rack.

This flatbread is pretty much the same thing as the naan I get at Indian restaurants, international grocery stores, or from Aldi. It was great served with TJ’s Shawarma Chicken Thighs.

While I’ll probably stick with buying naan from Aldi (it freezes well and keeps for a long time that way) because it’s cheaper, I’d buy this Trader Joe’s flatbread again, especially if I couldn’t get to Aldi but needed bread like this.

Trader Joe’s Traditional Indian Style Flatbread is inspired by traditional East Indian naan and is an excellent addition to many meals. It goes well with Indian food such as tikka masala, and it’s also great with Trader Joe’s Shawarma Chicken Thighs.