Twister is a classic and one of my favorite games. Being someone who stretches frequently, it’s fun to see how much that affects how I do in the game. But I’ve never tried doing this outside, on a Twister board that’s essentially a splash pad, until now.

This week, with summer in full swing, Aldi’s been releasing more and more summer items, including gardening supplies, ice cream, and outdoor toys. Among those outdoor toys are Hasbro’s Operation Splash and Twister Splash. The Operation version is a water-themed take on the original: players have to remove the objects from Cavity Sam before the timer, which is the sprinkler on his nose that you have to dodge, runs out.

We obviously opted to purchase the Twister version, having more familiarity with it. First released in 1966, Twister has been around for a bit, but this is the first time I’ve seen it with water. 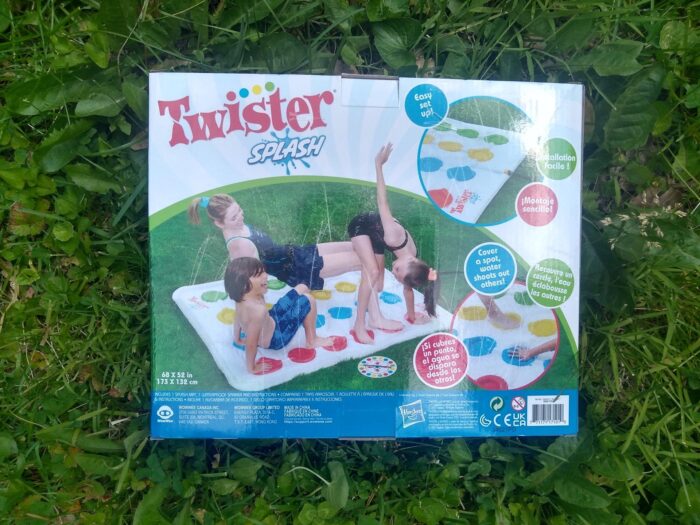 Twister Splash is currently $18.99 and is an Aldi Find, so it’s only in stores for a limited time. Aldi isn’t the only store to carry it, though. You can find it at various big box stores, including Target. Aldi is still the cheapest from what I can see, but only by a dollar in some places. It sells for $19.99 on Amazon and at Kohl’s.

The game includes the Twister “board,” a waterproof spinner, and an instruction manual, which shows how to set it up and how to play the game. Setup is easy. You hook your hose up to the board, and it fills up in about a minute. The box advertises that when you cover a spot, water shoots out of the other spots, but I didn’t really see that happening that much. The water kind of shoots out of all the spots all the time. 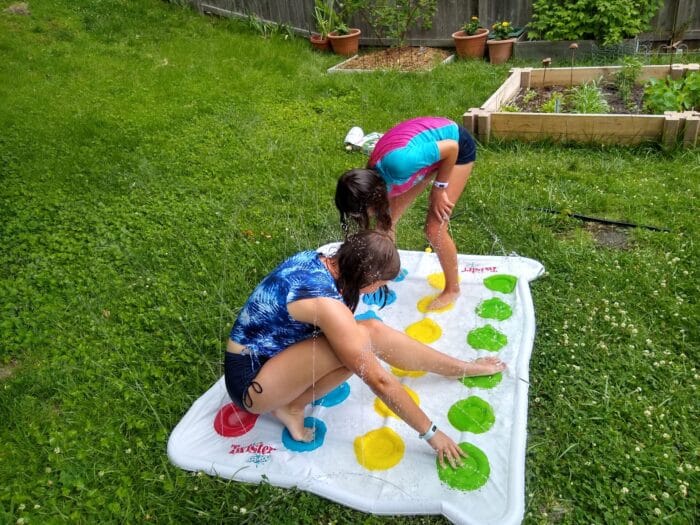 Another thing I thought was important to point out was that this Twister board is smaller than a traditional board, so playing with any more than three people could be difficult. Overall, however, I enjoyed it. We tested it out on extremely hot days, and it was a fun way to cool off.

The Hasbro Twister Splash game is a fun and creative take on the original. I think it’s worth the amount you pay for it, and I could see a group of kids having fun with it. Overall it’s a solid buy, and I expect it to have the same effect for more summers ahead.