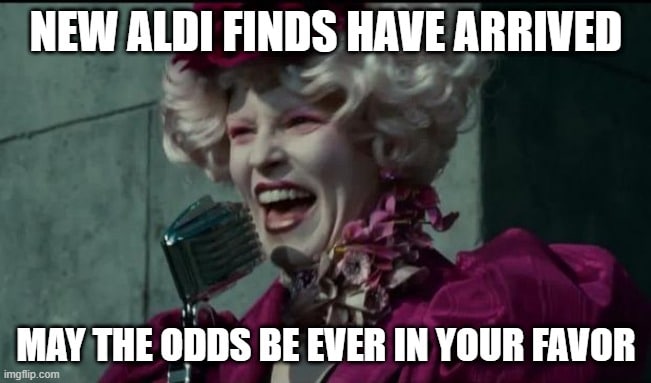 Every week, Aldi rolls out a new set of non-food and food products in its center aisle. These products — known as Aldi Finds in the United States, and Special Buys or Specialbuys in other countries — only come in as a single shipment, and once they’re gone, they won’t be back until Aldi brings them back again. That could be months, but most commonly it’s sometime the next year.

How much of a window of opportunity you have depends on the product. Aldi Finds that don’t sell as well can linger in stores for weeks, giving you time to consider if you really want them, see what others think about them, and possibly even see them drop in price as they get clearanced out. We’ve scored some products at steep discounts that way.

Other Aldi Finds, though, are popular. Really popular. So popular that people line up to get them and they fly off the shelves in minutes. So popular that it might seem like they’re gone before they’re even supposed to be on shelves.

For some shoppers, getting that second group of Aldi Finds might not be worth the hassle. But others might really want them. If you’re one of those people who would love nothing more than to get a product that you’re afraid everyone else also wants, you’re not without options. I’d rather Aldi tweak how it deals with Aldi Finds, but in the meantime, here’s what you can do under current circumstances.

In America, Aldi ads take effect either on Sunday or Wednesday, depending on the store or the region. That’s the official ad date.

But for most Aldi Finds, that’s not when the product actually hits shelves. Unlike movies or music, where stores may be legally forbidden from selling a product before its release date, Aldi stores can usually put the stuff out whenever they want, once they get it. In my experience, workers are most likely to do that at a time that is most convenient — in other words, when the store isn’t as busy. That can vary, but in our experience most of the time it is not the night before the ad takes effect. Instead, it’s usually 1-3 days before the ad takes effect.

For example, most of our local stores have a Wednesday ad date. But if I go into a store on Tuesday afternoon, there’s a very good chance most, if not all, of the Aldi Finds for the upcoming ad will be out. In a few cases, I’ve even gone into our stores on Sunday and seen some products out, but this seems most common if the store isn’t already packed with a backlog of old Aldi Finds. It depends. Sometimes if you ask, you might be able to get an Aldi employee to tell you when their particular store usually sets out new items, too.

The takeaway: if you are desperate for an upcoming product, you might try scheduling your Aldi trip for a day before the ad hits, if not earlier. The afternoon before the ad probably gives it the best chance to be on shelves.

Just be aware that, in a few cases, Aldi explicitly doesn’t stock things until the night before, although shoppers usually get a heads-up on this beforehand.

The Aldi fan community has exploded online in recent years, which is both a blessing and a curse for shoppers. On one hand, it’s spread the word about great products. On the other, it has led to rushes on even some Regular Buys.

If you’re in a smaller town or remote area, you may only have one store option. If you’re in a bigger city, though, you may have several stores to choose from in where to look. There are lots of big Facebook groups out there that may help you figure out what stores do and don’t have the products you’re looking for. Better still, if you happen to have a group devoted to your area — our hometown of St. Louis, Missouri, has an active Aldi Facebook group — you might be able to connect with other locals about what stores have what in stock.

Aldi doesn’t make it easy to find out about in-store product availability. You can’t call individual stores, and Aldi doesn’t have any sort of product tool on its website to track products.

However, Aldi does have a few phone numbers you can call, and one of them, the corporate line, has a menu option for Aldi Find availability. If you’re desperate, you might try checking there to see what help you can get.

Aldi Finds can be both a source of great joy, but also frustration, especially if you want something that everyone else also wants. I understand: we’ve been there. Fortunately, there are some things you can do to give yourself a little better chance to find what you want.

And if you can’t? It’s frustrating, I get it. I also try to remind myself that it’s just stuff, which I may or may not really need. At that point, I’ll either assume it’s not meant to be, look for substitutes elsewhere, or wait for it to come back.