Skip to content
Home Features Where Are All the Aldi Fall Finds?

Where Are All the Aldi Fall Finds? 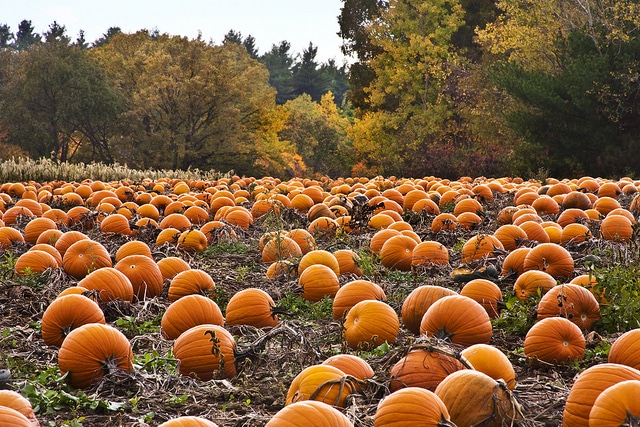 It’s mid-September, and when I stroll down the middle aisle at Aldi, a few things are conspicuously missing: namely, heaps of fall decorations. For someone who loves autumn, it’s slightly disappointing. I love the sights, smells, and colors of the season. It’s fun to decorate the porch with scarecrows, wooden signs, doormats, and pumpkins.

This year, though, I’ve only spotted a few items, including:

This is a far cry from what I usually spot in the aisles each fall. The dearth of fall goodies is noticeable enough that I’ve seen people discussing it on local Aldi fan pages. The fall haul usually includes plenty of scarecrows (for indoor and outdoor use), wooden porch signs, wreaths, lanterns, fabric pumpkins, gel clings for windows, cinnamon brooms, baskets, throw pillows, candles, and even seasonal-themed doorstops. The season is not halfway over and Aldi might surprise me yet with fall loot, especially as we get into October, but so far the harvest has not been plentiful.

So where are all the fall-themed Aldi Finds this year?

This will sound like a broken record to anyone who reads Aldi Reviewer closely, but the slim fall pickings are most likely related to pandemic-induced supply chain snarls. With factories and shipping ports experiencing shutdowns, delays, and backlogs around the world, it’s been a challenging time for most retailers, including Aldi.

Aldi has dealt with these shipping delays by reducing the number of Aldi Find specials it lists in its weekly ad. We’ve also noticed in recent weeks that Aldi appears to be stealth releasing some Aldi Finds; that is, they are quietly stocking specials that have not appeared in their ads. That move is probably intended to head off frustrated or angry customers who are not having success finding advertised items, because those items are getting waylaid en route to local stores. (By the way, please be kind to your local Aldi employees. It’s not their fault.) This adds another layer of meaning to the notion that you really never know what you might find in the middle aisle at Aldi. Right now, you truly don’t know.

Nevertheless, while fall décor might be more low key at our favorite discount grocer this year, Aldi is still selling plenty of fantastic fall foods, from pumpkin spice whipped topping to canned fried apples to pumpkin bagels to apple cider donuts and more. We’re also seeing Halloween candy — including Aldi brands and plenty of name brands — roll into stores as well. At this point, the amount of seasonal autumn foods at Aldi seems to be as high as previous years, so the shipping issues appear to mostly be affecting non-food items at this time.

It’s not over yet

There’s still plenty of time remaining in the season for more fall décor to make its way into stores. Aldi may yet surprise us. You’ll find me watching and waiting eagerly, with a tall glass of apple cider in hand, and hoping to score some fall finds. Good luck out there.