With the days growing shorter and the weather turning cooler, it’s time to start buying all the fall treats, from cider to pumpkin rolls to classic apple cider donuts. Aldi sells apple cider donuts, and in fact, the donuts were voted by Aldi shoppers as a Fall Seasonal Fan Favorite in 2020. 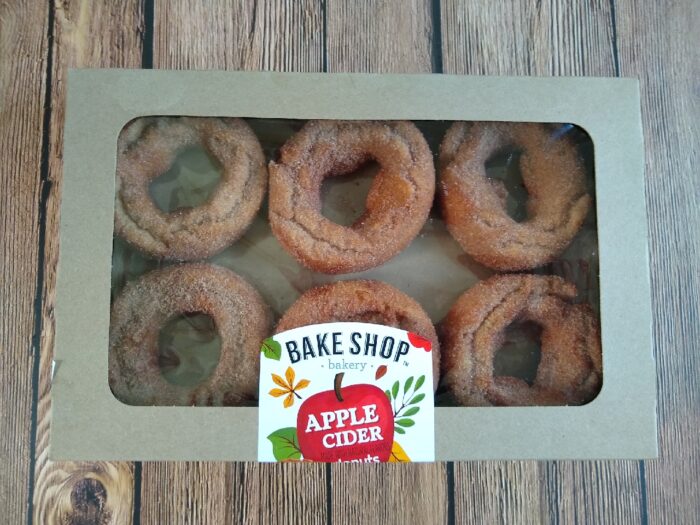 Bake Shop Apple Cider Donuts cost $3.49 at the time of publication for a 15.9-oz. box containing six 2.65-oz. donuts. That comes out to about 58 cents per donut, which is 9 cents cheaper per donut than the apple cider donuts from Trader Joe’s, which cost 67 cents per serving.

The box describes these as “old-fashioned cake donuts with cinnamon & sugar.” They are certified kosher by Massachusetts Kosher Commission.

If you’re watching out for allergens, these contain egg, milk, soy, and wheat. 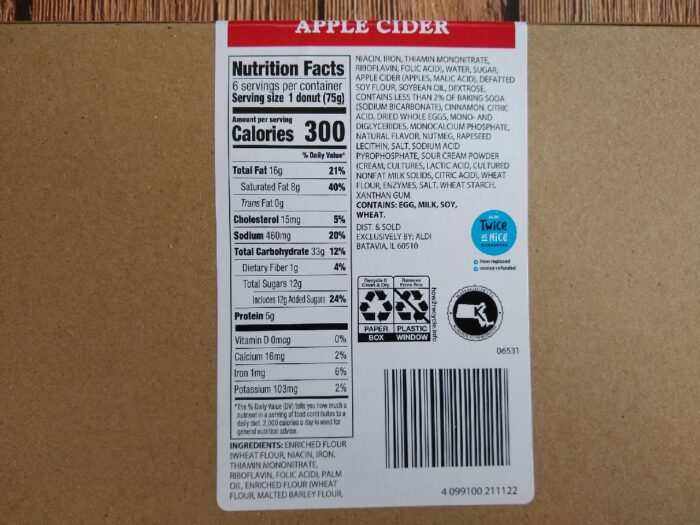 My family liked these donuts, and we thought they had a more noticeable apple flavor compared to the Trader Joe’s apple cider donuts, so these are our favorite of the two. The Aldi donuts also are soft, with a satisfying cinnamon and sugar coating. We ate them at room temperature, but you could also heat a donut for 10-15 seconds in the microwave if you want a warm dessert.

While these certainly aren’t good for your waistline at 300 calories per donut, they certainly taste good, and I can understand why they were voted as an Aldi Fan Favorite.

Bake Shop Apple Cider Donuts are the perfect mix of apples, cinnamon, sugar, and soft fried dough. These were voted an Aldi Fan Favorite this year, and it’s clear why.