I’m never one to shy away from seasonal treats, whether they’re maple leaf cookies, pumpkin rolls, or pumpkin spice bagels. Another popular fall dessert is apple cider donuts, and they’re sold both at Aldi and at Aldi’s cousin, Trader Joe’s. What I don’t see as often in the autumn are pumpkin donuts. Aldi changed that recently when they sold pumpkin spice donuts. 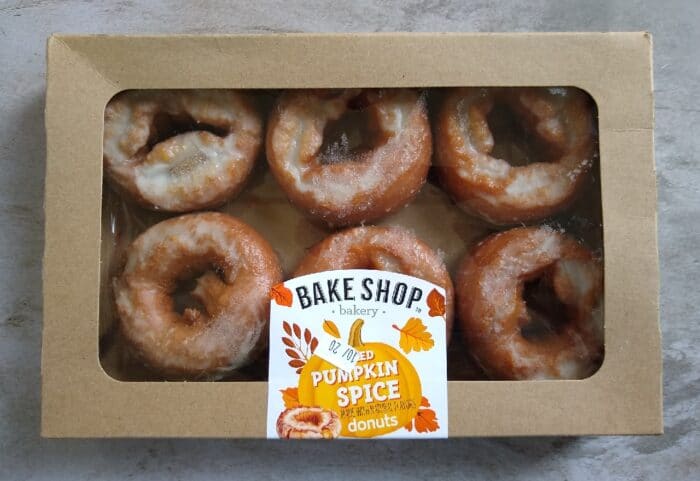 These are an Aldi Find (Special Buy), which means they’re only in stores for a short time. Once they sell out, they’re gone until next year.

These are certified kosher, and the box describes these as “old-fashioned cake donuts with real pumpkin, cinnamon, & spices.” 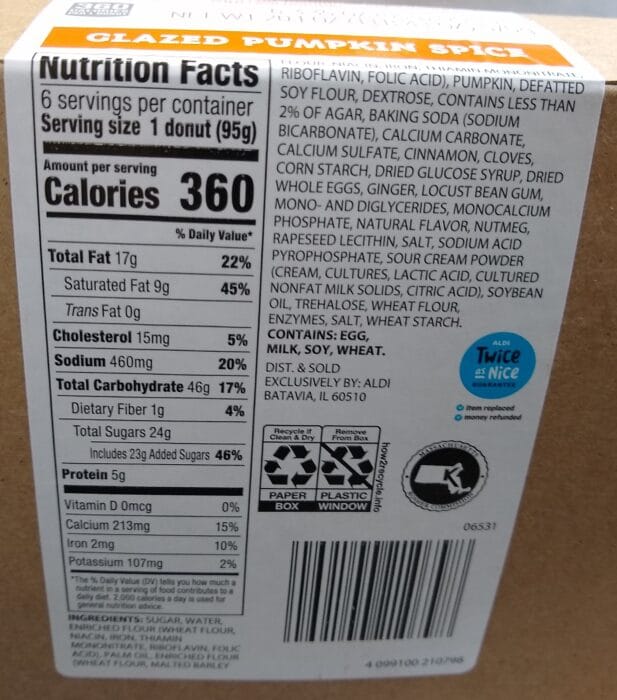 The ingredients list is fairly lengthy, but the first few ingredients are sugar, water, enriched flour, palm oil, and pumpkin.

These are fresh donuts, and mine had a best-by date of six days from my purchase date, so keep in mind you’ll want to eat these soon after buying them. 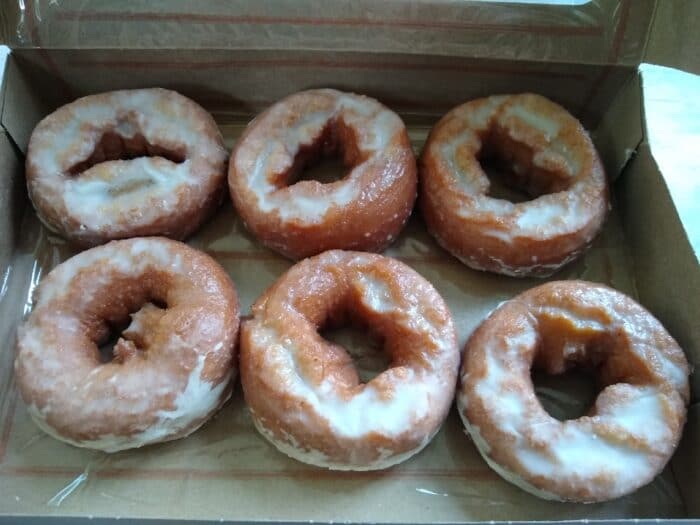 These donuts taste good, but no one in my family thought they tasted like pumpkin. Not only do they not have much pumpkin flavor, but they also don’t have much “spice” flavor even though they contain cinnamon, nutmeg, ginger, and cloves. When you bite into one, the inside is a light orange color from the pumpkin, but the pumpkin flavor is not really there. Everyone compared them to a traditional glazed donut.

So, they’re good, but if you’re expecting a lot of pumpkin spice flavor, they don’t have it. If you want a donut with more fall flavor, I recommend the Bake Shop Apple Cider Donuts at Aldi.

Bake Shop Bakery Glazed Pumpkin Spice Donuts taste like a regular glazed donut, with not much pumpkin spice flavor. They’re good, but if you’re looking for a donut that says “fall,” this isn’t it.