When you think of pie — as in apple, cherry, pumpkin — you might think of one of two things. You might think about an actual round pie, like the ones you have around the holidays. Those pies could be made from scratch, or they could be cooked up using an assortment of pre-made crust and filling, but the end result is a dessert cut up into roughly eight wedges and served to family and friends.

Alternatively, if you’re a fast food regular, or just a grocery shopper with a sweet tooth, you might think of a somewhat different kind of pie: a small rectangular folded pastry — available in little boxes at McDonald’s or in the grocery store — that can be eaten at room temperature or lightly microwaved and consumed as a self-contained, single-serve dessert. 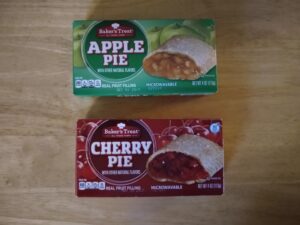 Baker’s Treat Apple Pie and Baker’s Treat Cherry Pie are Regular Buys, which means you can typically find them on store shelves year-round. We often find them in Aldi’s first row, sitting at room temperature among the cookies and such. At the time of this post, the pies are a mere 45 cents apiece.

You can eat them straight out of the box, although the box also gives instructions for microwaving them, which we recommend. That part is easy, too: simply place the unopened box in the microwave, heat for 15-20 seconds, then remove the pie from the box and eat.

The result is a sweet, pretty tasty dessert. 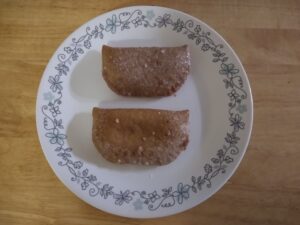 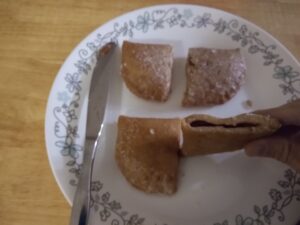 So, the nutrition information … yeah, about that … 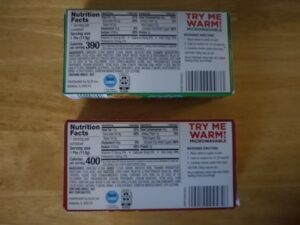 These are absurdly bad for you. They’re loaded with calories, fat, sugar, sodium, and a host of ingredients that scream processed. We knew it wasn’t good when we realized that the four of us each got 1/4 of each pie, and that still came out to almost 200 calories. For basically two bites.

They taste really good, and they’re really bad for you. And they’re cheap. We’ll let you decide if they’re worth the devil’s bargain.