Of course, pie is a staple of many holiday meals. It would be difficult to imagine Thanksgiving without pie of some kind, and Aldi sells what you need to make a variety of pies. I’ve written previously about Aldi’s canned cherry pie filling. Today, we’ll take a look at Aldi’s canned apple pie filling. 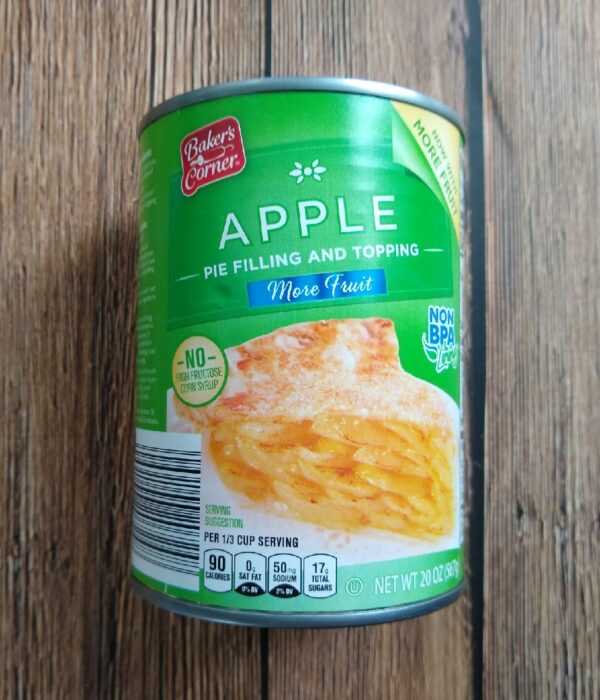 Baker’s Corner Apple Pie Filling and Topping cost $1.55 for a 20-oz. can at the time of publication.

It’s a Seasonal Favorite, which means it’s in stores for longer than an Aldi Find (Special Buy) but is not available all year. It’s usually on Aldi shelves during the cooler months and especially during the holiday baking months. I picked it up at my local store in early October.

This pie filling is gluten free, and the can claims “now with more fruit.” Also, the can is not lined with BPA. 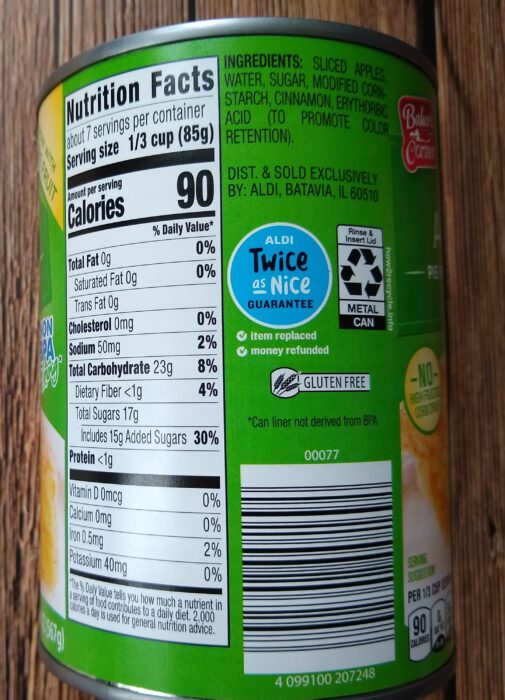 The can includes a recipe, listed below.

* A decorative crust can be made using a cookie cutter to make shapes; lay shapes on topo of filling, brush shapes with egg white and bake.

I decided to make apple pie following this recipe. It’s pretty simple. Just place a crust in the bottom of a pie pan, dump the filling in, add the top crust, brush with egg, cut slits to vent, and bake. Remember, you’ll want to use two cans of the pie filling for a standard-sized pie. 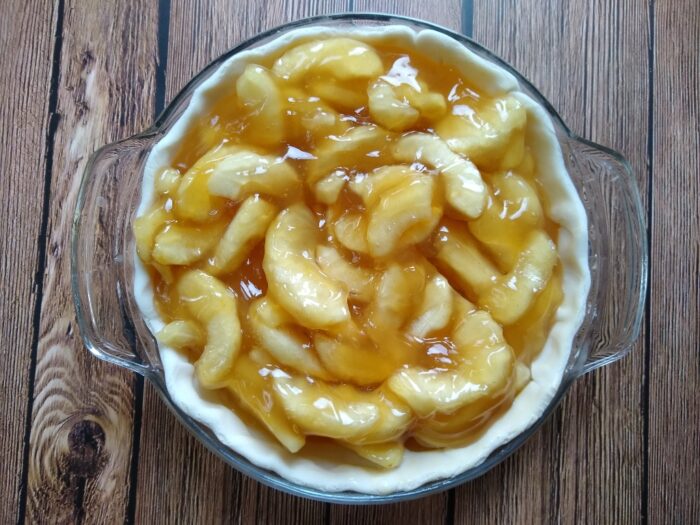 My pie before I placed the top crust on it, prior to baking. The filling has plenty of large apple slices in a thick, gooey sauce.

I’m not a fussy cook, so I didn’t brush the crust only with egg white as the recipe directs; instead I just used a whole beaten egg with yolk and white. 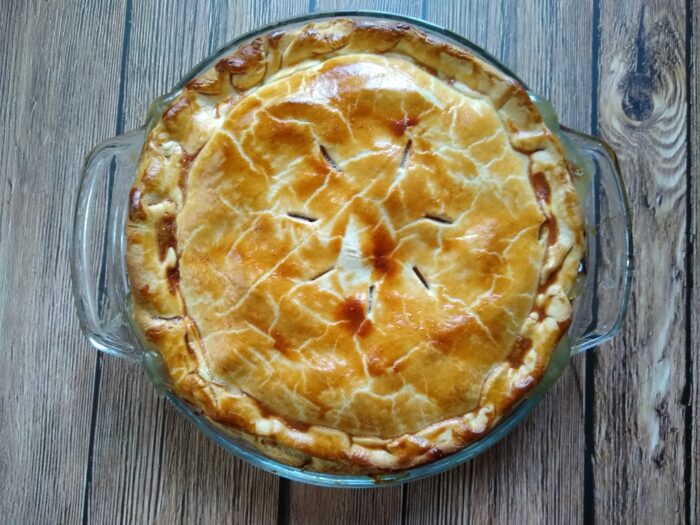 That means my pie crust came out a little darker, but still pretty looking, and quite tasty.

As for the filling, there were plenty of apples, and straight out of the can they are firm and not mushy. They held their shape well throughout the pie-baking process. I took my pie out of the oven after 40 minutes, and the filling was hot and bubbly, while the apples still held their shape very well. Based on that, I think this filling would hold up well with baking times longer than 40 minutes, depending on your recipe. 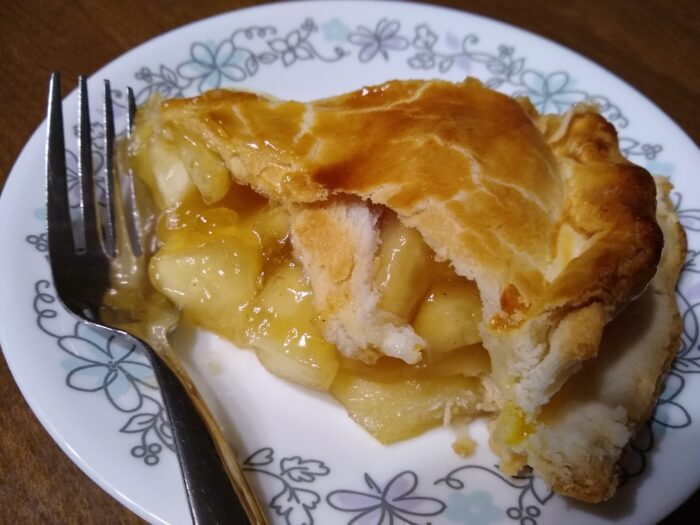 The finished pie, ready to eat.

The filling is not highly seasoned and tastes mostly of apples, so if you prefer a spiced apple pie, you’ll want to add more cinnamon and possibly other spices.

I did find an apple stem in my piece of pie. It was not a big deal and I simply spat it out. Apples have stems, so it’s not surprising that someone might find a stem every once in a while in apple pie filling. If I found a stem every time I used a can of Aldi pie filling, it might be annoying, but so far that’s not been the case.

Overall, this is a good pie filling I wouldn’t hesitate to buy again, especially for the price.

Baker’s Corner Apple Pie Filling and Topping has plenty of firm apple slices with just a bit of cinnamon. The filling holds up well, not turning overly mushy during baking. When served as part of a traditional apple pie, my family heartily approved.