How to Navigate the Aldi Weekly Ad 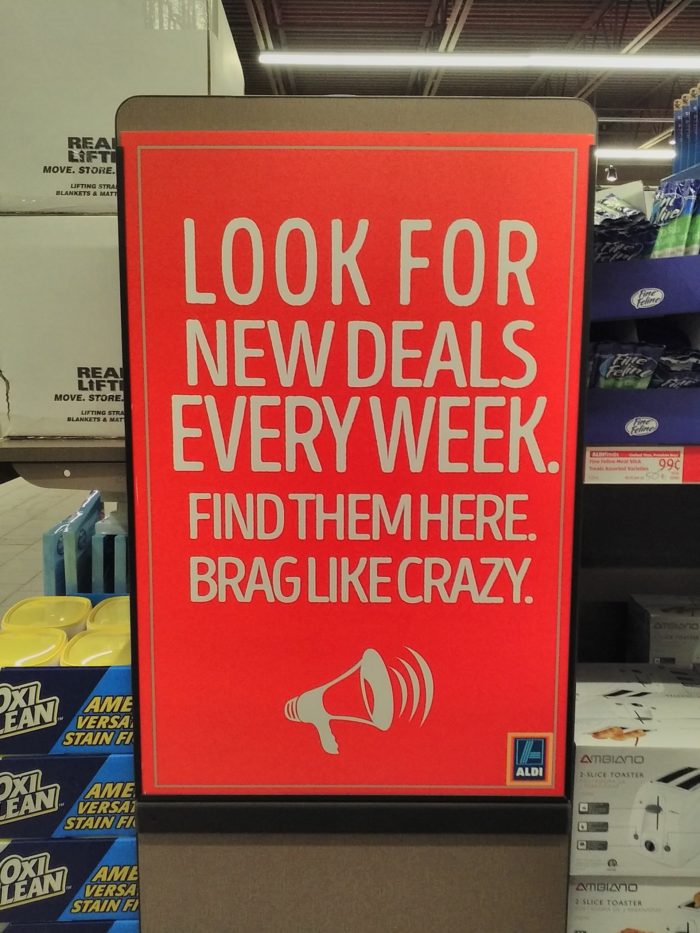 For a lot of Aldi shoppers in the United States (and overseas, for that matter), the company’s weekly ad is a bit like Christmas. Every time a new one comes out, you don’t know what you’re going to get. That’s a huge part of the fun, because in each and every new ad there’s almost guaranteed to be that one thing that makes you go, “oh, wow, that’s interesting.”

If you’re a veteran Aldi shopper, you might feel like you know all the ins and outs of the Aldi ad. And, to be truthful, you very well might. But, just in case, we’re going to review a few things here … and, depending on what you already know, one or two things might surprise you.

There are, for example, a few important truths about the Aldi ad:

Let’s look closer at some of these three things. Keep in mind that these tips are primarily exclusive to the United States — if you have any tips relevant to the United Kingdom, Australia, or Ireland, feel free to drop them in the comments.

Aldi technically rolls out not one, but two, different ads for any given week.

The first ad is the print ad. The print ad first runs 7-9 days before the ad takes effect (more on this in a moment) and usually contains the following:

You can find the print ad in stores, usually in a basket right as you’re walking out the door, but in case the basket is already empty (which is sometimes the case for us) you can also find the ad over at Aldi’s website.

The second ad is the online ad. The online ad first runs 4-7 days before the ad takes effect (again, more on this in a moment) and contains more detail than the print ad does. That extra detail includes …

The online ad, of course, is also found over at Aldi’s website. At the time of this post, the online ads can be found in the “This Week’s ALDI Finds” and “Upcoming ALDI Finds” tabs.

Tip #2: Know When the Ad Is Available

Depending on how serious you are about your Aldi shopping, you might want to have your hands on the Aldi ads as soon as possible. (We do.) How soon you can get your hands on the ad depends on 1) which ad you’re talking about and 2) where you live.

Now, it’s important to understand that not all Aldi store ads take effect on the same day. Some Aldi stores put new products out on Sunday, while others do on Wednesday. (You can read more about that trend here.) So what does that mean for shoppers?

One thing to keep in mind, though: some products are not available in all stores, particularly alcohol. So the ad that shows in a different zip code may occasionally be slightly different from what is in stores. For the most part, however, they’re the same.

See, Aldi employees are busy people, so they stock when they can find the time. Because each new week of ALDI Finds takes time to put out, they often start the day before the ad takes effect. That means, for instance, that if you shop at a Wednesday store, you might see many ALDI Finds out by Tuesday afternoon. I’ve even seen stores stock them before then, but that’s rare.

So if you’re really desperate to get your hands on an ALDI Find, you might try checking the afternoon before the ad takes effect, although there are no guarantees.

Thoughts about Aldi ads? Let us know in the comments.