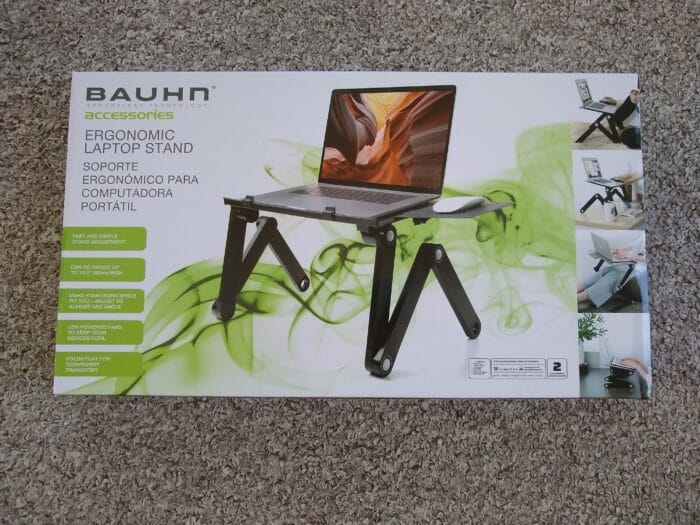 After decades of workers at desks, workspaces outside of the box are finally having a moment. Desktop computers are being replaced by laptops. Extra monitors are in vogue. Even the traditional office has been upended by nontraditional workspaces, be it the local coffee shop, the home office, or the home easy chair.

For various reasons, my own traditional office has changed — at least temporarily — over the last year. Depending on the work I’m doing, my office has become a room in my basement, or, in other cases, a spot on my sectional couch. When I’m blogging for Aldi Reviewer, my laptop could be just about anywhere.

Some workers have taken to using standing desks, which are valuable both for people who need to be on their feet and for people who are trying to get on their feet more. Standing desks can be expensive, though, and they’re also big. You’re not going to be dragging one around very much. An intermediate solution is a laptop stand, which is portable, can sit on a traditional desk or table, and can be adjusted to fit whatever height you need.

The Bauhn Ergonomic Laptop Stand (Product Code: 703952) is an Aldi Find, which means it is in stores only for a limited time. Once it’s gone, it’s gone. At the time of this post, the stand is $39.99. That price is actually more than most laptop stands I’ve seen online … although, to be fair, this stand brings more to the table (both literally and figuratively speaking) than many other stands do.

The box comes with the following: 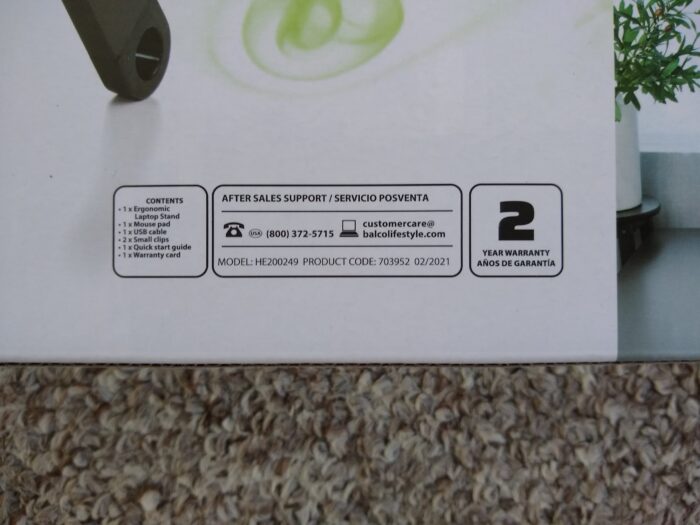 The stand itself, which is made mostly of metal, comes with adjustable arms that allow for a multitude of configurations. The stand can be relatively low to the surface, or it can stand up to 18.9 inches high. The stand can have the laptop rest flat or at a slight angle. The arms are moved by pressing a button at the joints, then rotating them to the desired angle. Each joint has a degree angle guide to help you. 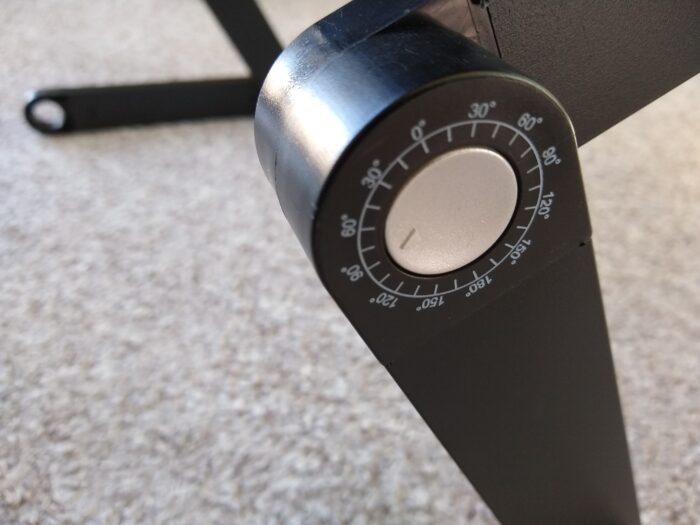 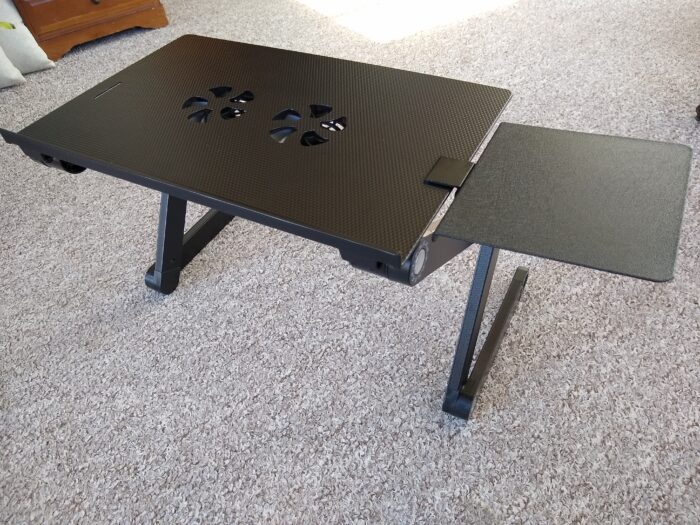 Adjusting the stand is easy, and getting to a desired height is straightforward. The only challenge is that, in some configurations, you may have to play around with the stand to keep it balanced. I found that especially true if I wanted my laptop at a slight angle. With a little bit of adjusting, though I was usually able to find a setup that was both what I was looking for and also not likely to tip over. 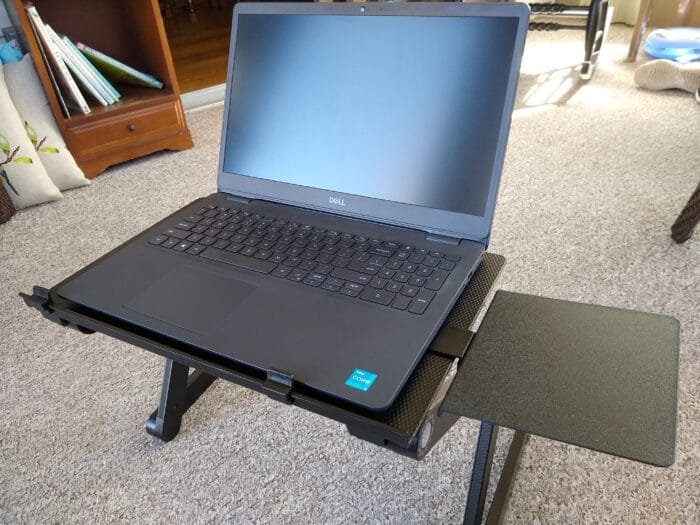 The mouse pad is a small metal plate that can hook to the left or right side of the stand. It measures about 6 inches (15.2 cm) wide and about 6 5/15 inches (16 cm) deep. As the name suggests, it’s principally designed to hold a mouse, although I found it also was a serviceable spot for a smartphone. It’s a textured surface, so I found my mouse didn’t slip on it, even when at a slight angle. The size is large enough for a single-monitor setup; you might find yourself picking up the mouse more if you’re using multiple monitors. 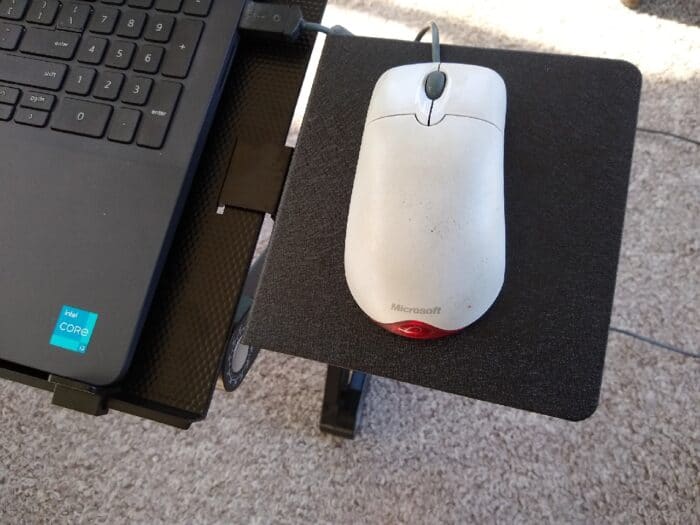 The mouse pad with a (very old) mouse.

The USB cable can be connected to a pair of ventilator fans along the underside of the stand. One end is a standard USB port, which connects to a laptop, while the other is a round plug that goes into the fans. The fans are simple plug-and-play, and they also have an on-off switch should you not want them on while plugged in. They make a little noise when running. Whether you think you need them is up to you. 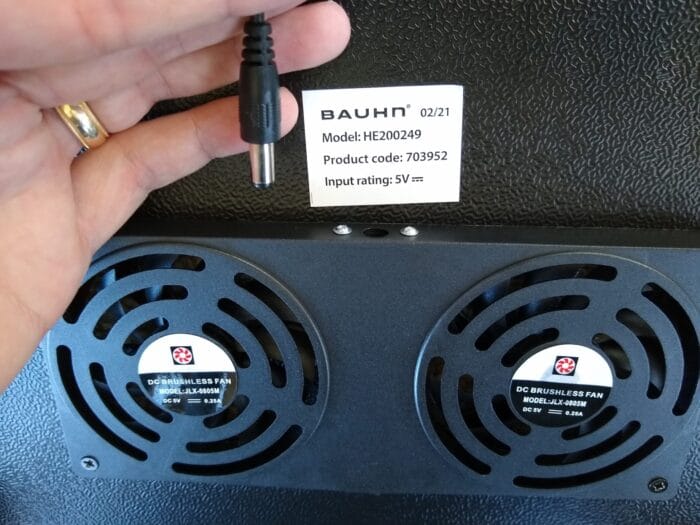 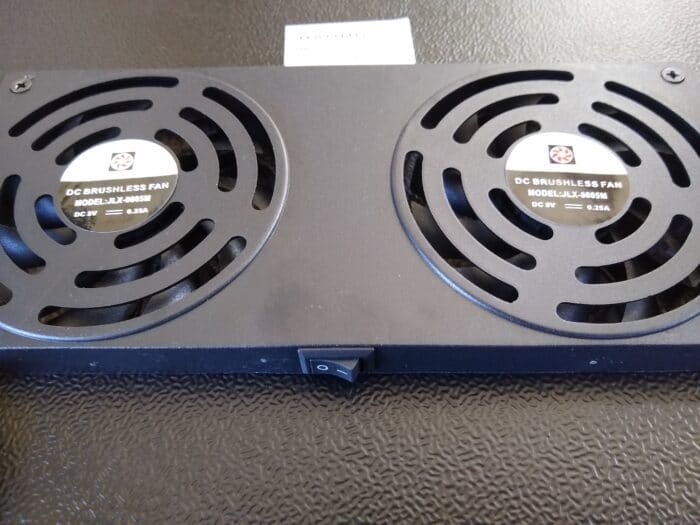 The small clips hook to the lip at the end of the stand nearest the user. They’re designed to keep the laptop from falling off the stand. I found the lip alone to be sufficient at the angle I used, but if you want peace of mind the clips are easy to slip on and off. 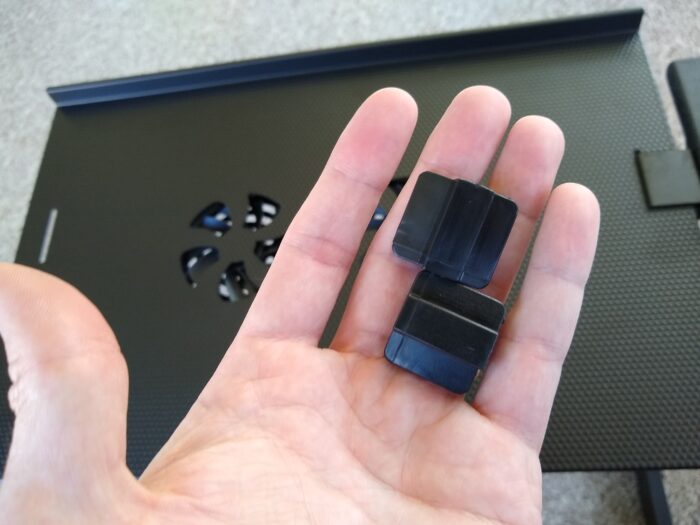 The quick start guide gives an overview of how to assemble the stand. In addition, The stand comes with a 2-year warranty, serviced by Balco Lifestyle. 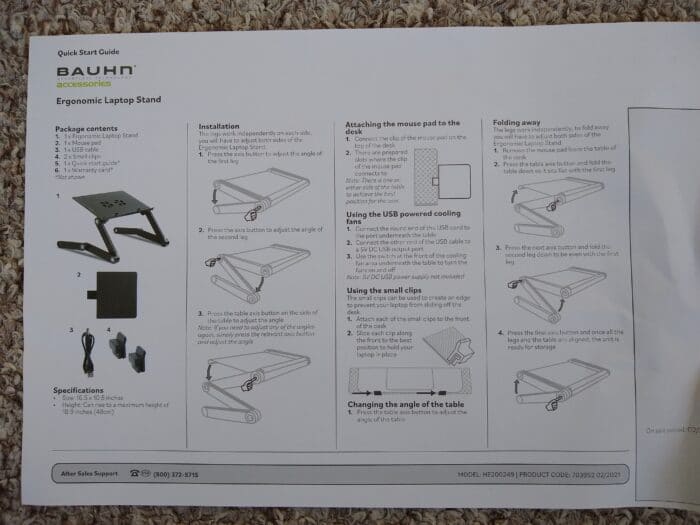 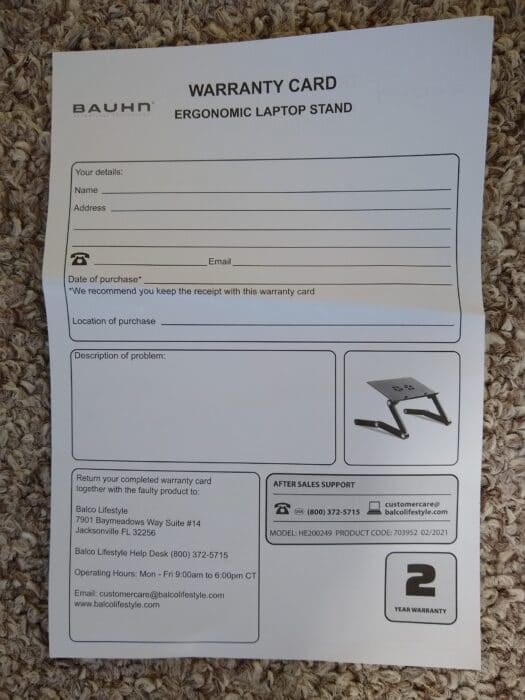 I wrote this entire review using the laptop stand, and I can say that, having used it for a bit, that it’s a pretty good stand. It’s large enough for a 15.6″ laptop and is easily adjustable to whatever configurations I need. It does wobble a little, although not much more than other stands like this that I’ve used. In addition, I did have to play a little with configuration to find one that was both optimal and not likely to tip over.

If you need a stand that’s flexible to whatever situation you’re in, this isn’t a bad one to look at. It was stable enough for me to use without trouble, and it is easy to set up and adjust. You can find cheaper ones online, but most of those won’t be as modular.

I’ll probably have some use for this one.