We love shellfish in our house. Bacon wrapped shrimp. Breaded shrimp. Lobster tails. Crab cakes. Snow crab legs. King crab legs. We like it all. So when Aldi sold some breaded lobster bites and shrimp bites as limited-time specials recently, I bought a bag of each to try. Today, I’m looking at the lobster bites. 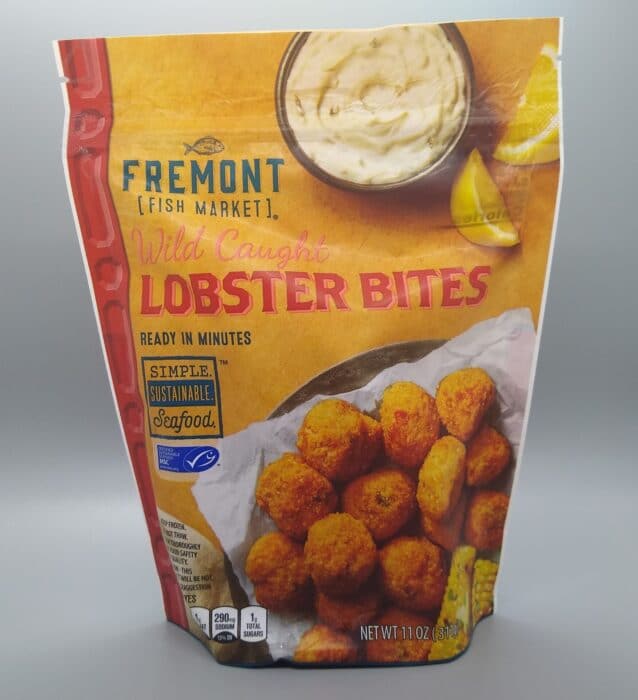 These are an Aldi Find, which means they’re only in stores for a short time. (And no, Aldi won’t ship them to you after they sell out at your local store.)

These are certified sustainable by the Marine Stewardship Council. The lobster bites are a product of Canada and were produced in the U.S. The lobster were wild caught in Major Fishing Area 21 in the Northwest Atlantic using traps and pots. 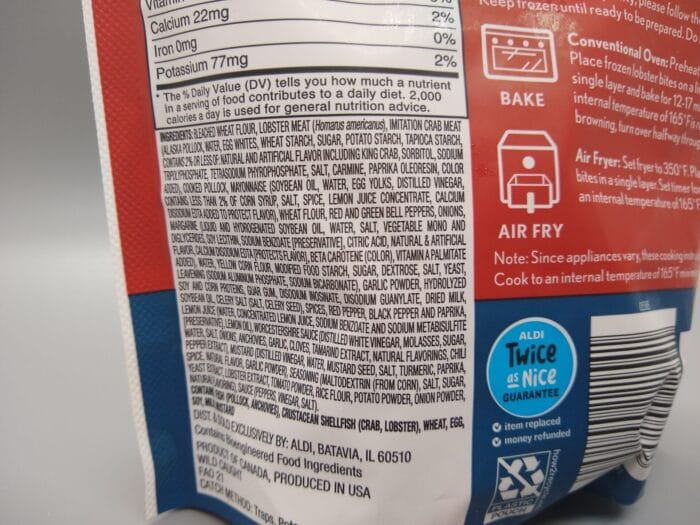 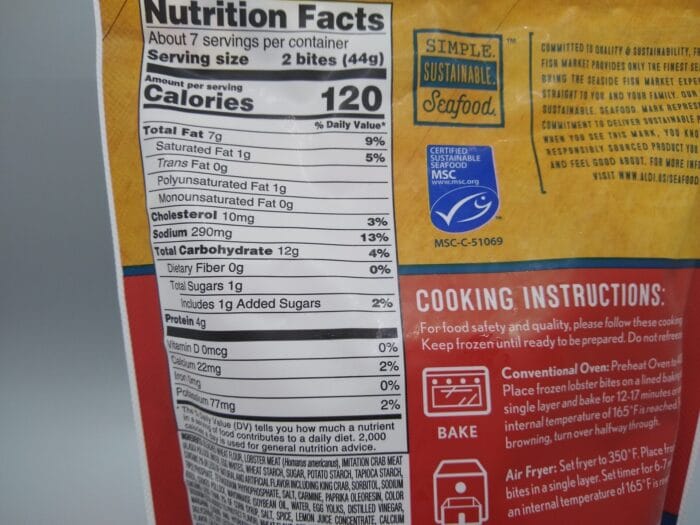 The package has instructions for baking the lobster bites in a conventional oven or air frying them.

To bake, preheat the oven to 400 degrees Fahrenheit. Place frozen lobster bites on a lined baking sheet in a single layer and bake for 12-17 minutes or until an internal temperature of 165 degrees is reached. For even browning, turn the lobster bites over halfway through cooking.

To air fry, set the fryer to 350 degrees. Place frozen lobster bites in a single layer. Set the timer for 6-7 minutes or until an internal temperature of 165 degrees is reached. 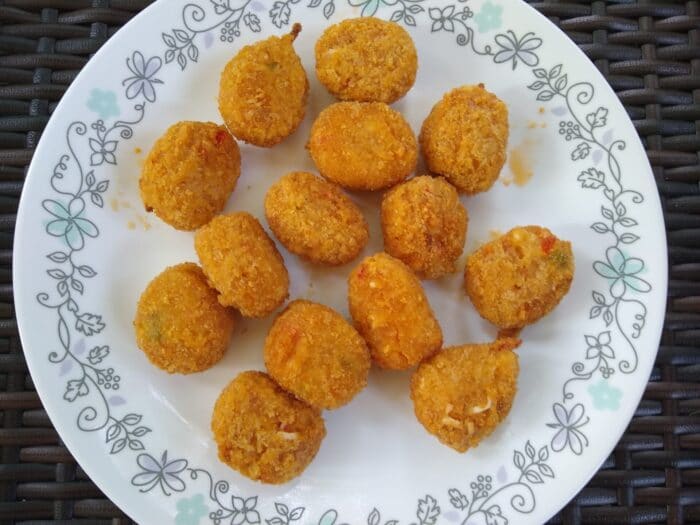 I air fried our lobster bites. I ended up frying them for about 10 or 11 minutes, a little longer than the instructions indicated. 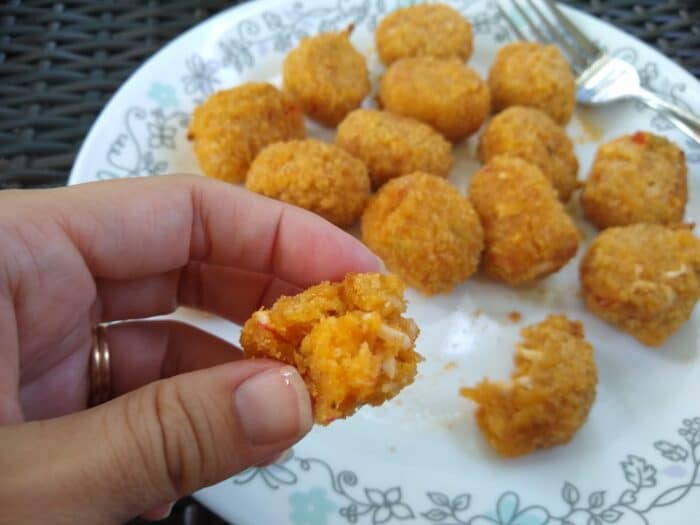 The inside of a lobster bite.

These have a crispy breading on the outside, and while we could see strips of meat inside, the interior has more mushy bread-like filling than meat. They taste like a very bready mini crab cake. They’re all right and I’m glad we tried them, but I probably won’t buy them again.

Fremont Fish Market Wild Caught Lobster Bites cook up quickly, and the package even has instructions for air frying them. They’re crisp on the outside and bready on the inside with small bits of meat. These tasted fine, but we were hoping for more pieces of lobster than we actually got.