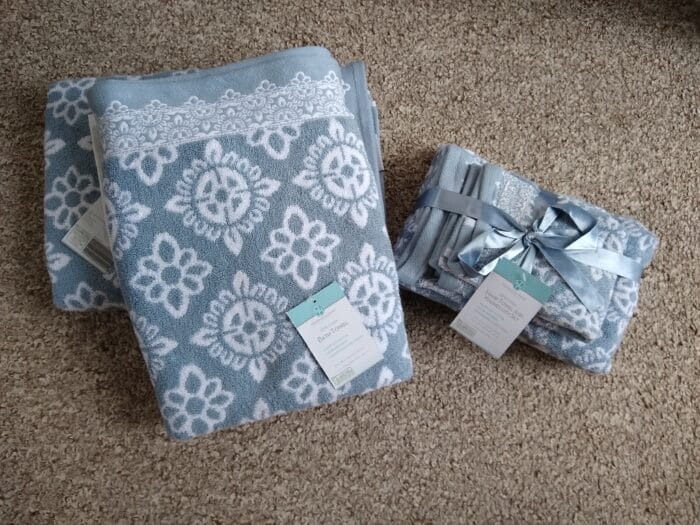 Aldi isn’t a big box retail store, but sometimes it feels like one. Thanks to its ingenious middle aisle, Aldi is able to rotate a stock of items into its stores that looks like what you could find at Walmart or Target.

That includes a small but steady collection of bedroom and bathroom fare. In recent years we’ve seen Aldi sell everything from bath mats and tub mats to shower caddies and even showerheads. Aldi also sometimes sells that most basic of items needed in every bathroom: towels and washcloths. Both are under the Huntington Home private label.

The Huntington Home Bath Towel and the Huntington Home Hand Towel And Washcloth are both Aldi Finds, which means they’re only in stores for a short time. The bath towel set comes with a single towel, while the hand towel and washcloth set comes with one of each. Each set costs $6.99, and each set uses the same product code (701225). At the time of this post, they come in a few colors — pink, blue, or gray — and we decided to try out the blue.

It’s worth knowing that bath towels, hand towels, and washcloths come in a range of sizes. Some bath towels, for example, are very cheap but also smaller, measuring, say, 27 inches by 52 inches. (There’s a good chance you’ve noticed this when you’ve used one of those little bath towels at an average hotel.) In addition, some towels are thicker than others: we own cheap big-box store towels that show light when you hold them up to a window, and more expensive deluxe towels that show no light at all.

I looked around on Amazon, Target, Walmart, and Bed Bath and Beyond and found that that Aldi bath towel, hand towel, and washcloth are as large as the largest ones I could find. In terms of thickness, the Aldi towels show about the same level of light as the average big-box towels we own.

The Aldi towels and washcloths are also competitively priced. I found a few competitors on other sites that were cheaper, but everything I saw that cost less was also smaller. To get ones at the Aldi size I found I had to pay at least as much, and in most cases more. I also found a few towels that were smaller than the Aldi ones but still more expensive. 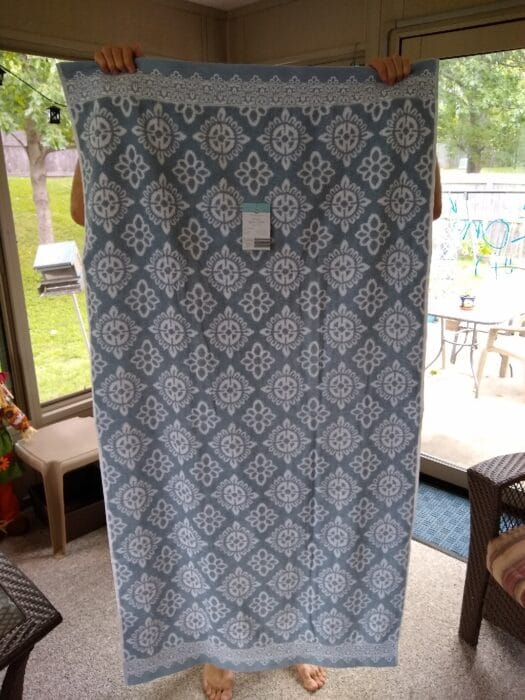 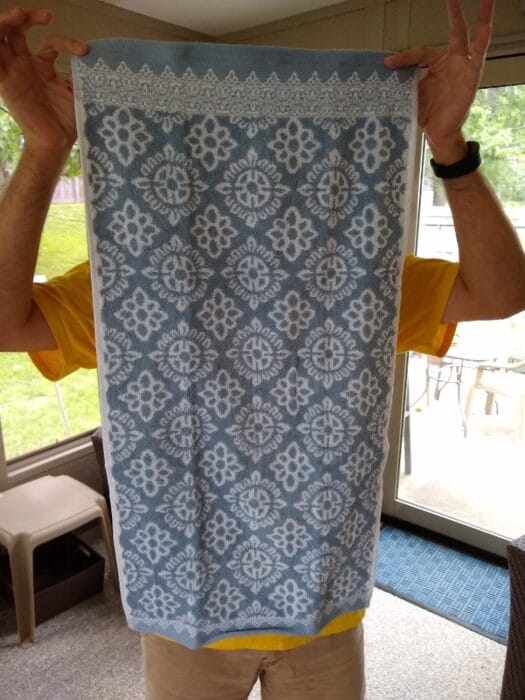 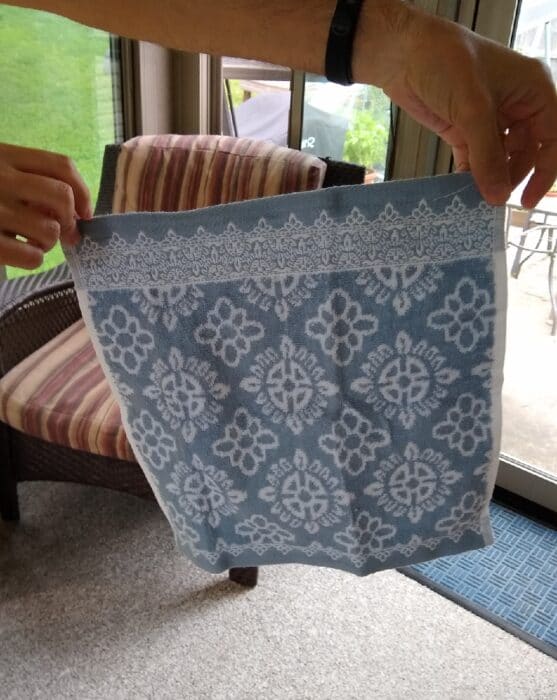 I’ve put the Aldi towels and washcloths through the usual paces, and I can say that they work at least as well as other ones that I’ve owned. They’re not overly plush, but they’re comfortable, and they do the job they’re made to do. I don’t know what their lifespan will be, but judging from the design I’m hopeful it will be for a while.

The Huntington Home Bath Towel and the Huntington Home Hand Towel and Washcloth are large and competitively priced, especially for their sizes. They’re not the thickest towels I’ve owned, but they’re absorbent enough and I found them to be comfortable to use. If you want budget-priced towels that are also big, these are worth a look.