Aldi recently made waves when it sold a variety of makeup products as limited-time specials under its Lacura private label. Aldi bargain hunters could pick up primer for just $3.99, eye shadow palettes for $5.99, or mascara for $3.99. All of those prices rival what you pay for popular name brand makeup in a drugstore or big box store.

I picked up a tube of primer, a set of eye shadow, and a tube of mascara to try out and share with my daughter. Here, I’m taking a closer look at one of the Aldi mascara options. 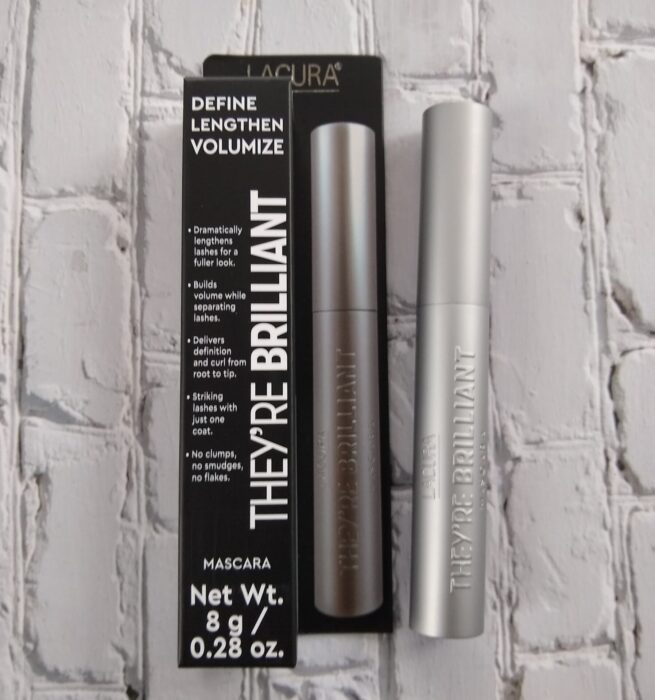 Lacura They’re Brilliant Mascara cost $3.99 for a 0.28-ounce (8 grams) tube at the time of publication. That’s on the lower end of prices for mascara. I don’t buy makeup often, but when I do buy it, it’s usually from Target, and I often pay in the $6-and-up range for a single tube of mascara unless I happen to find a sale or I go with an extremely cheap brand. Several people on Aldi Facebook groups compared the Lacura makeup to Urban Decay makeup, which also sells for more at retailers such as Target.

The Aldi Lacura mascara is an Aldi Find, which means it’s only in stores for a short time. (And Aldi won’t offer online ordering for it after it sells out at your local store.)

The mascara was made in China and came in four varieties, all for $3.99 each:

I’m not sure why there is a size difference between the Rise Above and They’re Brilliant mascaras, and I didn’t notice the difference until after I’d made my purchase. Because they’re all the same price, I don’t know if the smaller mascaras are someone better quality or not. It’s a mystery to me. I bought the smaller They’re Brilliant mascara tube, and I got it in the non-waterproof variety because I like to be able to more easily remove my mascara without the need for extra makeup removal products.

The Lacura They’re Brilliant Mascara claims it “dramatically lengthens lashes for a fuller look” and “builds volume while separating lashes.” It also says it “delivers definition and curl from root to tip,” creating “striking lashes with just one coat” with “no clumps, no smudges, no flakes.”

All of the Aldi mascara appears to be black. Sometimes I’ll see other brands sell colors such as brown, but that does not appear to be the case with the Lacura mascara. 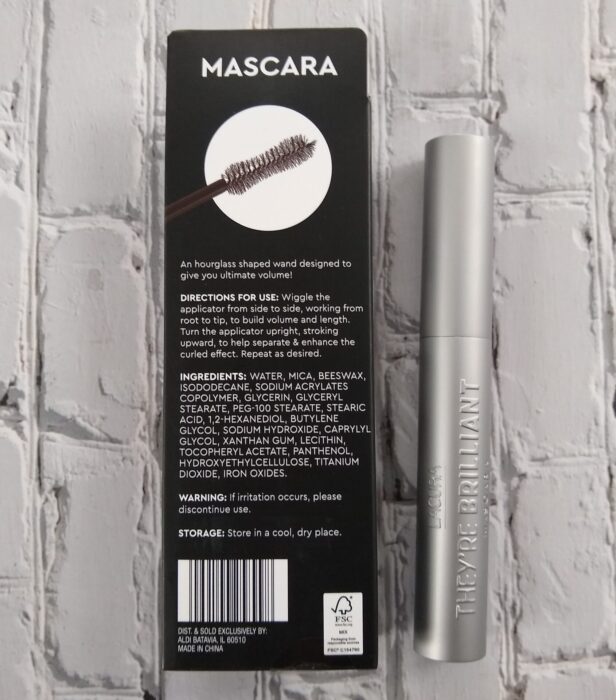 It features an hourglass-shaped wand “designed to add volume.” 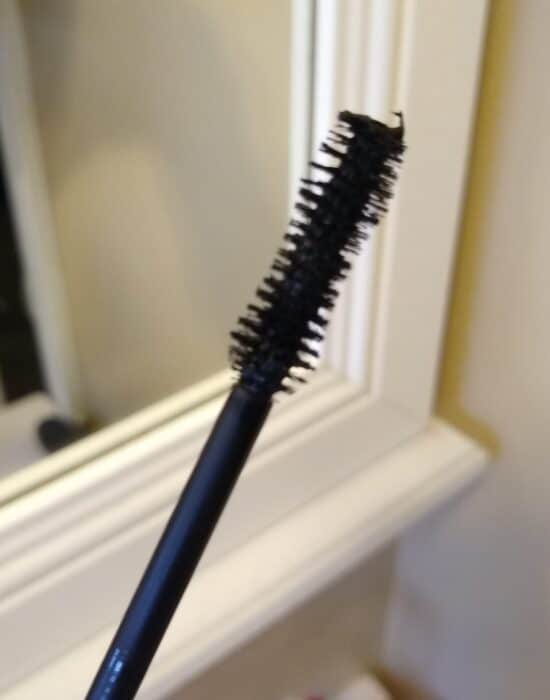 To use, the box instructs you to wiggle the applicator from side to side, working from root to tip, to build volume and length. Turn the applicator upright, stroking upward, to help separate and enhance the curled effect. Repeat as desired.

I am no makeup expert. I wear tinted moisturizer, blush, and mascara for special occasions, and that’s it. On most days — especially during the last couple of years — I wear nothing but moisturizer. Of all the makeup options Aldi is currently offering, I felt like I could speak with a bit of knowledge about the mascara, though. I tried it, and it seems to work as well as other brands I’ve used.

Lacura mascara with Lacura eyeshadow. I didn’t apply anything heavily, so your results may vary.

My teen daughter also tried this mascara and liked it.

It might be a little more gloppy on the end tip of the applicator compared to some other mascara brands I’ve used, but it’s not bad. It was easy to apply and looks good on our lashes. We’ll continue to use it, and I’ll update this post with any new developments.

Lacura Mascara is a limited-time special at Aldi. It was available in several varieties, and I tried the non-waterproof They’re Brilliant mascara. It went on easily and looks good, and for a fraction of what I pay for mascara at big box stores. I like it so far.