Most people who drink coffee get it in one a few different ways. They might swing by Starbucks or some other establishment that sells it by the cup. They might brew it in their own machine, like a traditional coffee machine or in a Keurig. Or they might go the instant coffee route if they’re in a hurry.

There is, though, a subculture of coffee aficionados who prefer to use a French press to make their coffee. A French press involves putting hot water in the press and then pressing down on a filter to separate the grounds from the coffee itself. A French press can be quite versatile, allowing for hot brew, cold brew, and even tea, but it also requires having some other things on hand, such as a kettle to heat your water. In addition, some health experts caution that French press coffee can be higher in oils that can raise cholesterol and recommend using a French press in moderation.

Nevertheless, a French press can be a handy thing to have around if you want a special cup of joe. Every once in a while, Aldi sells one. 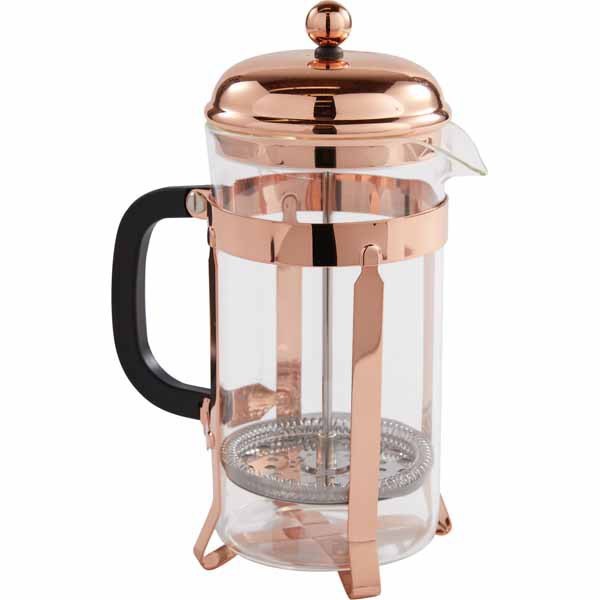 The Crofton French Press (Product Code: 704946) is an Aldi Find. That means it’s only in stores for a limited time. Once it’s gone, it’s gone, at least until it comes back at some unknown future date. Aldi doesn’t ship products online, so if your store doesn’t have any more of the French presses, you’re out of luck.

At the time of this post, the French press cost $16.99. That’s lower than most other French presses I’ve seen out there.

Here’s what information Aldi has about the French press:

We haven’t tested out this particular French press, so we don’t know how easy it is to use and maintain, or how long it lasts. We’ve created this open thread for others to share their experiences.

Do you have experience with this French press? Let us know in the comments.