The hot dog is an American institution, served everywhere from baseball games to amusement parks, from graduation parties to Labor Day cookouts. Whether boiled, pan-seared, or — most famously — grilled, hot dogs have a home in many gatherings, large and small.

Equally important to the dog itself is what surrounds it. Toppings are, for most people, a necessity, whether they be traditional condiments or something more festive like chili. In addition, unless you’re on a low-carb diet, you’re also probably going to want a bun, the piece of soft bread that the hot dog sits on.

Aldi sells plenty of hot dogs (and brats, too, if you prefer those), along with ample fixings for them. And, of course, Aldi sells hot dog buns. 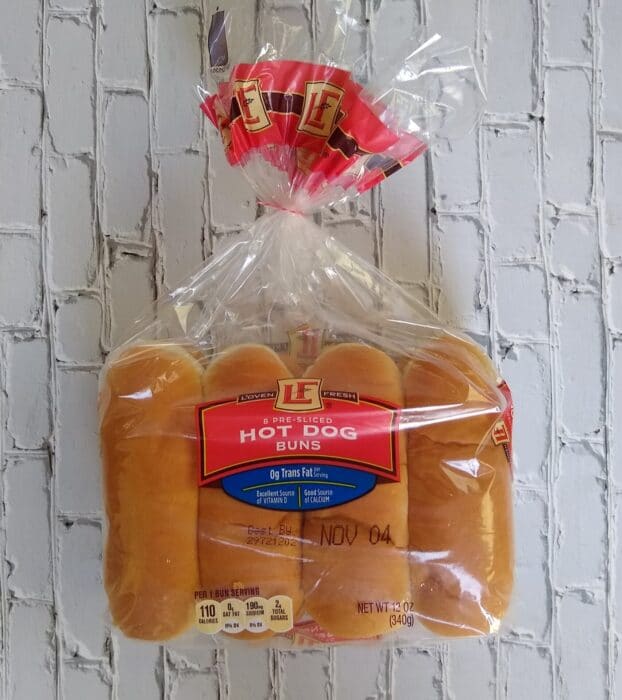 L’Oven Fresh Hot Dog Buns are an Aldi Regular Buy. That means you can find them in stores all the time. At post time, the buns cost 79 cents for a package of 8 pre-sliced buns. That’s a little less than 10 cents a bun.

They come in your typical plastic bag with a hard plastic clip. The buns come in two rows of four buns; each row is loosely attached, so to use the buns you’ll need to gently separate the ones in each row. This usually happens without too much trouble.

What can be a little harder is opening the buns. They’re pre-sliced, so in theory all you have to do is use your fingers to pry the buns open along the premade slit. In practice, I’d say it works without trouble 75% of the time. The other 25% of the time I suffer some sort of mishap, the most common being that the two sides of the bun separate entirely. If you’re wanting a hot dog that stays completely together, this is an annoyance. Sometimes one end of the bun will break off a little while separating, but this is, in my experience, much less common. 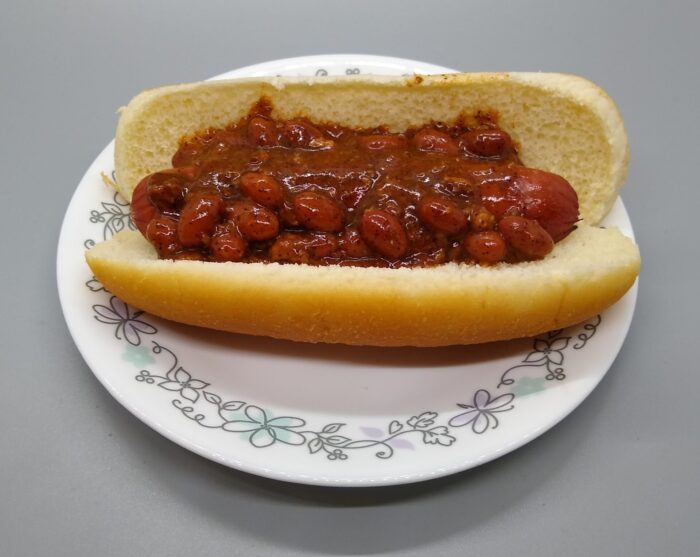 A chili dog. In this instance, the bun stayed mostly intact.

The taste and texture of the buns are generally fine. They are solid, serviceable buns that we’ve used many times over the years for family and neighborhood gatherings. Everyone who eats them with hot dogs seems to like them, and our own family are fans. 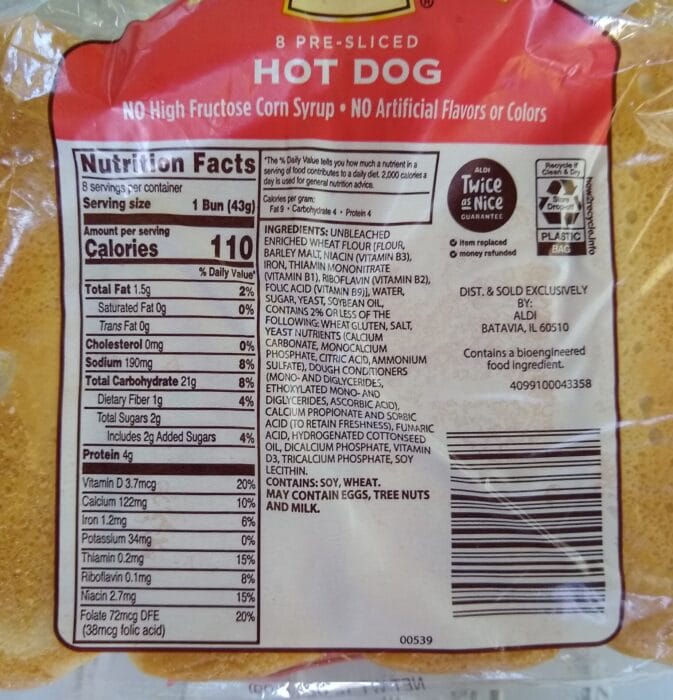 Aldi sells a hot dog bun that has what you’re looking for, especially if you need to feed a crowd on a budget. The price is good, and the taste and texture are good enough. The buns separate a little more than I’d like, but with some care you can minimize that problem.