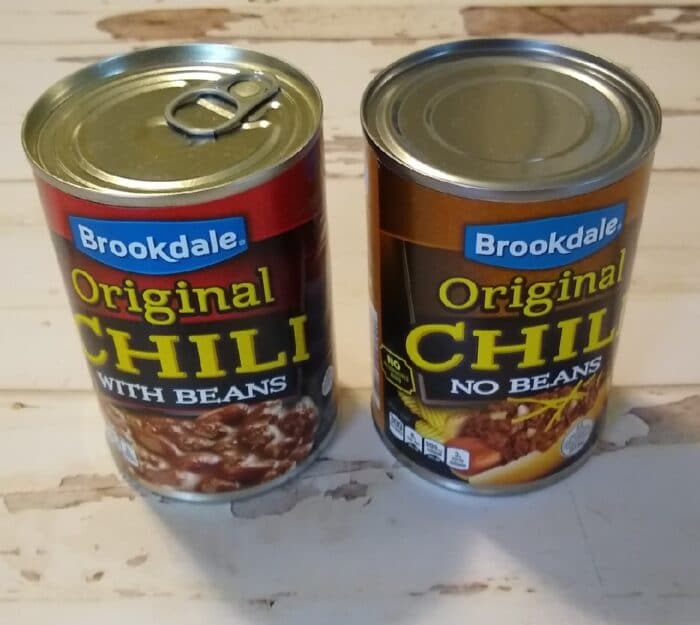 They both heat up about the same as one another, and about the same as most canned foods. You can use the stovetop or microwave. On the stovetop, you pour in a saucepan and heat over medium heat, stirring occasionally. The chili with beans says cook 5-8 minutes until hot, while the chili with no beans says until bubbling, but since this is precooked the important thing to do is to just make sure it’s at the temperature you want to eat it at.

To microwave either of them, put them in a microwave-safe bowl and heat for 2-3 minutes or until hot, stirring before serving.

Nutritionally, they’re a little different from each other. While both claim to be preservative-free, they’re a little different from one another on the label. The chili without beans is higher in fat and cholesterol, while the chili with beans is higher in carbs thanks to the beans. Both are equally high in sodium, which is to say they both have close to half your daily sodium content in a single can. 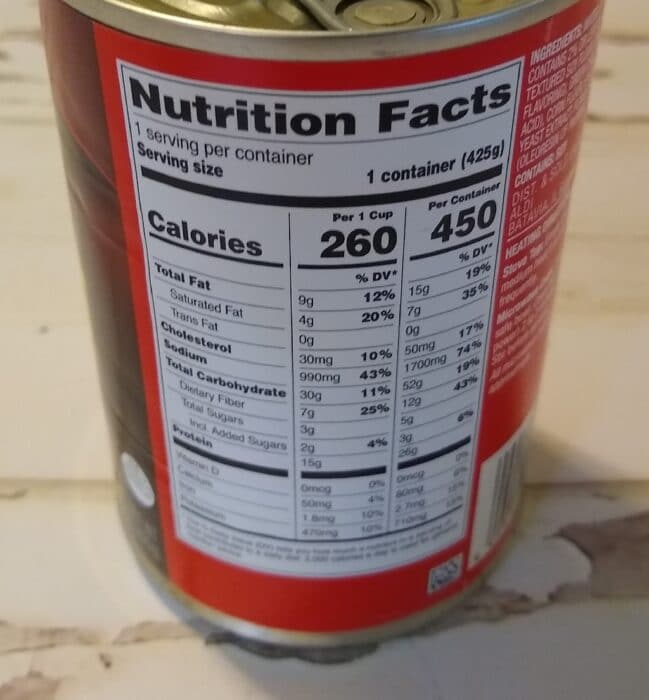 Nutrition info for chili with beans. (Click to enlarge.) 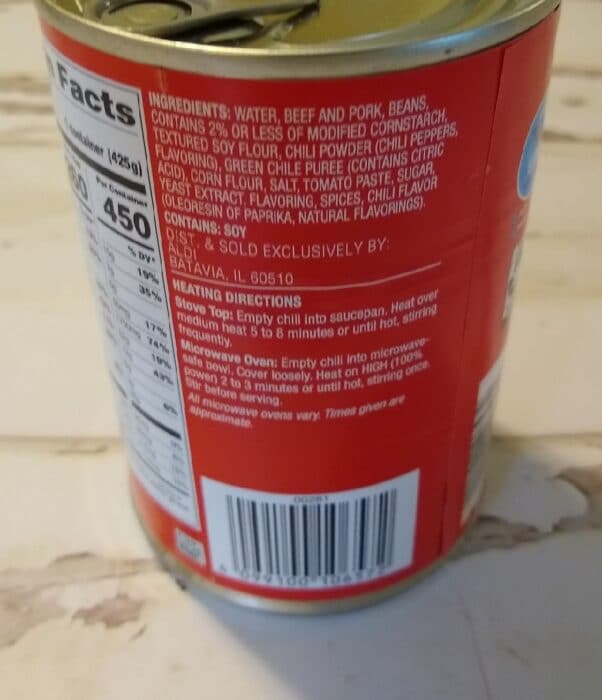 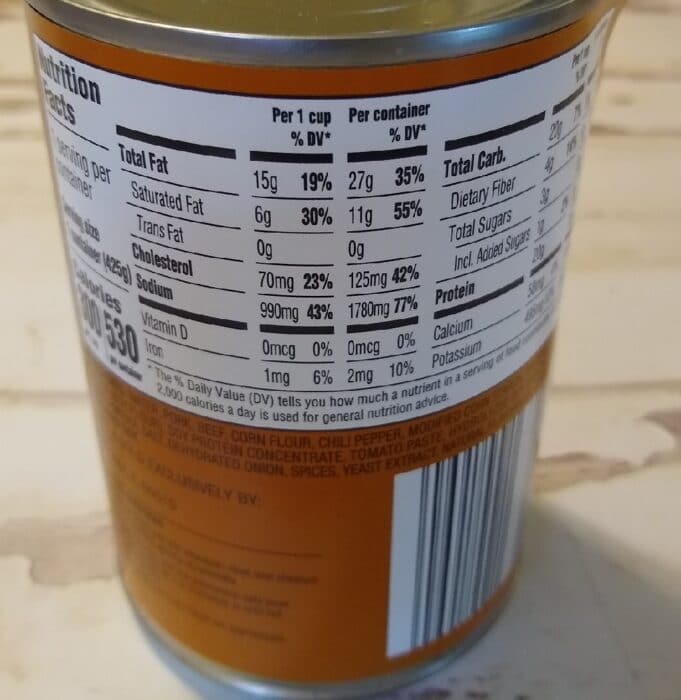 Ingredients and nutrition for chili with no beans. (Click to enlarge.) 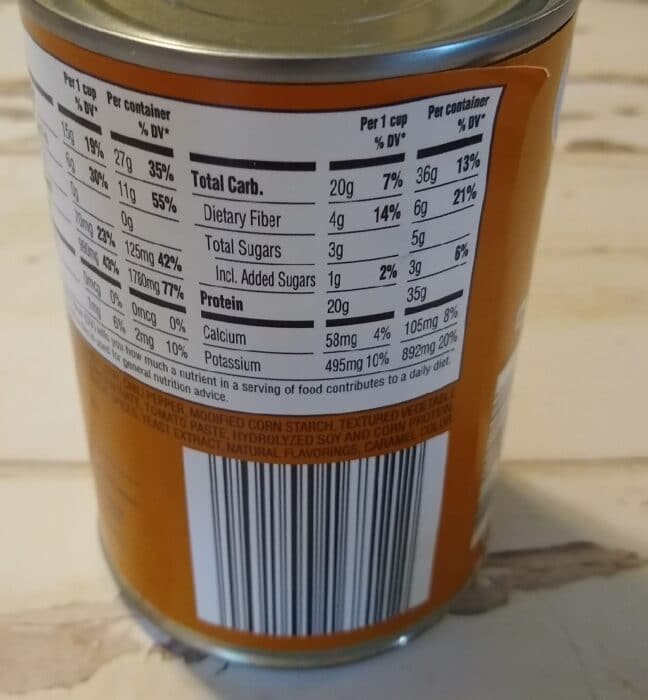 Ingredients and nutrition for chili with no beans. (Click to enlarge.)

They also taste distinct from one another. To no one’s surprise, the chili with beans has a more bean-flavored taste, while the no-bean chili has a beefy flavor. To me, the chili with beans tasted a lot like what I’d expect from chili — it was better than I expected from a can. I didn’t like the one without beans as much, but it may also be the fact that it wasn’t what I expected.

They’re both pretty thick, which makes either of them a pretty good chili if you’re looking to top a hot dog. (We did.)

If you don’t want to make your own homemade batch of chili, Aldi sells a couple of options for you. I found the chili with beans to be surprisingly decent, and while the chili with no beans tasted different, it wasn’t necessarily bad. Both would work either as a standalone or on top of things you like to put chili on, such as hot dogs.